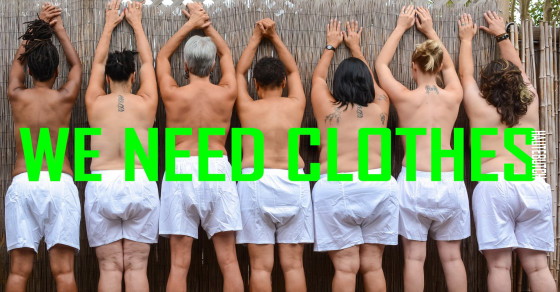 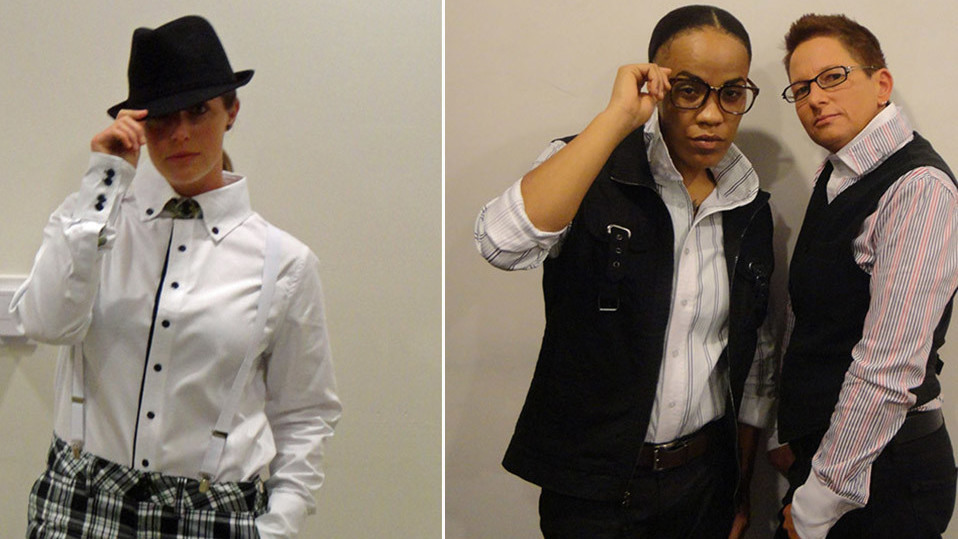 Karen Roberts studied fashion merchandising before enlisting in the U.S. Navy, and in the years that followed, she found herself disappointed with the limited wardrobe options available to butch women. Women’s styles seemed too girly, and she often had trouble with the fit of men’s clothing. So after speaking with her wife and friends, she decided to turn back to design and launch HauteButch, a line specifically for butch women and those who prefer a masculine edge.

Roberts says other labels have ignored and disregarded the needs of butch women, with the exception of androgynous fashion trends that come and go. To her, HauteButch is not only a brand, but also a way of increasing butch visibility and respect. And there certainly seems to be a market for it.

The Kickstarter to help fund the label has been chosen as a staff pick and has already raised more than half of its goal with 14 days to go.

Vocativ reached out to Roberts to ask her about the fashion needs of butch women.

Why did you start designing clothes for butch women?

I decided it was important, based on my own lack of fashionable alternatives as a professional butch woman, followed by the expressed, shared frustration of my peers. Our fit and style preferences were not met in the mainstream retail arena, and we weren’t necessarily welcome in the men’s department.

What’s the difference between what you produce and traditional men’s clothing?

Men’s clothing is not made for women. The sleeves are too long, the shoulders too broad and the collar circumference is too wide. Additionally, the length of the shirts is too long and the garments don’t account for breasts or the rounded hips of the female form. We also find challenges in blending the masculine and feminine details of certain garments.

What kinds of clothes do you design?

I’m drawn to clean lines with an interesting detail somewhere on the garment that makes it special in some way. Being aware that not everyone wishes to sport a button-up and bow tie, skinny tie or a classic men’s styled suit, I look to blend the best of menswear and womenswear in such a way that the two complement each other, along with the silhouette of the individual.

As a niche brand, is the relationship with your consumers different to that of other designers?

Our relationship has a collaborative component where we look to the community to let us know what they like and what they need. We are constantly asking for feedback and incorporating it when and however we can. The feedback has been beyond positive and many of our clientele are thrilled to finally have a fashion option that they feel is just for them.

Are these clothes also for trans men?

HauteButch is an alternative for individuals seeking design-driven, fashion-forward attire that evokes a certain confidence. I would say that our clothes and shoes appeal mostly to women who identify with concepts such as butch, stud, tomboy and androgynous. However, many of our customers are trans men, and we take their bodies into account while editing our prototypes to be as inclusive as possible.

What about those outside the queer community?

Many of our customers are straight women, and even some straight men wear items from HauteButch. Bow ties and hats, in many cases, can be universal. We don’t wish to exclude anyone from wearing our line. If it fits your style and personality, we embrace you.