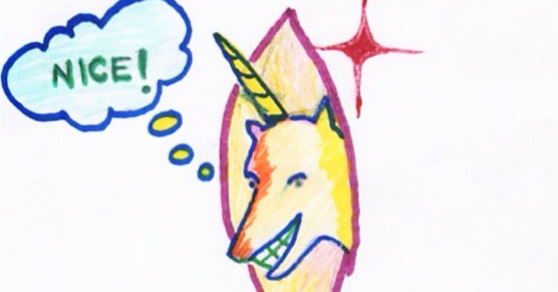 This Is What Your Vagina Looks Like To A Gay Man 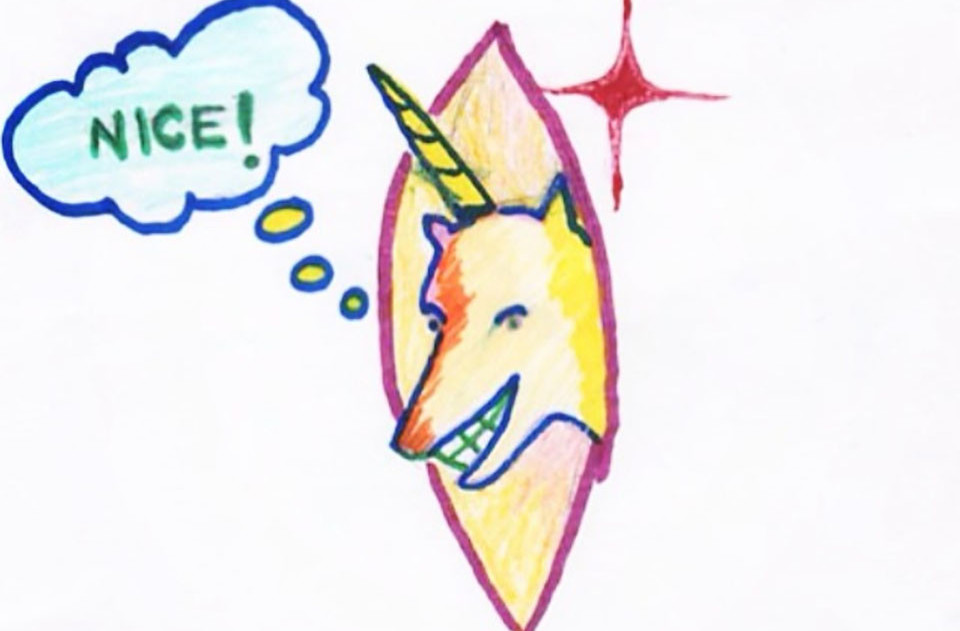 Shannon O’Malley and Keith Wilson were having dinner with friends at a Thai restaurant when the discussion turned to vaginas. After debating the length and girth of the average clitoris, O’Malley asked Wilson, a gay man, to draw a vagina. It wasn’t a great likeness. When she asked Wilson’s boyfriend to have a go, it didn’t look like one, either. Soon the entire table began critiquing their attempts.

It became a running joke among their pals—getting the gay guys they knew to draw genitalia they don’t come into contact with very often. The results were usually hilarious, sometimes great and occasionally grim. It became so popular within their circle that O’Malley and Wilson decided to issue an open call to the public, setting up drawing stations in some of San Francisco’s gayest spots.

They began posting the pictures on Tumblr, then Facebook, Twitter and Instagram, and invited gay men from around the world to send in their work. Over the next three years, Gay Men Draw Vaginas received more than 500 submissions. With so much great material, they felt they had no choice but to turn the project into a coffee-table book, which they’re currently crowdfunding on Kickstarter. “We’re talking a nice book here,” says Wilson. “No janky vag art object.”

Only four days in, they’ve already raised 10 percent of their $37,000 target. We caught up with O’Malley to get some lip service on the project.

How bad was that first vagina drawing in the restaurant, on a scale of first-year art major to Georgia O’Keeffe?

Someone dropped some pad thai on it, so it ended up looking pretty bad. But it was inscrutable even before the noodle sauce and nut chunks. I think the main problem with it was that Keith was trying to be anatomically correct. Several women were at the dinner, and I think he was just trying to make an honest go of the vag drawing, to represent his race of polite Southern gay gentlemen.

Tell us more about how you turned one sketch into a vagina art empire.

We had an exciting dinner conversation about vaginas for a long time after Keith and his boyfriend drew them, but we never talked about expanding the project. I think we were all just excited to talk about gays and vaginas in a restaurant where there were children present. At work at my ad agency about a week later, I asked a designer colleague, Chris Cerrato, to draw a vag. He drew a crotch covered by a Facebook like button. I just loved it. It was conceptual and funny and unexpected. After I saw Chris’ drawing, my instinct was ask him to do a few more with the same feel, just for fun. I soon turned his drawings into a Tumblr for him and other artists. Keith had the idea of turning the Gay Men Draw Vaginas Tumblr into a book that would involve many more people.

How did people respond to the public drawing stations?

We set them up in really gay parts of town, so we got a lot of what you’d expect. Men who seemed to fit these gay stereotypes would purse their lips and say something like, “Ooh, honey, I haven’t touched one in years. You don’t want this vag.” But so many more of them would get really into it in a surprising way. They sensed that this was some sort of set up where the joke was on them, and they wanted to do something interesting. And then there were slews of drunk queens who drew awesome, completely bizarre things that just left us speechless.

What about the people who emailed them in—did you get any creepy ones?

The people who email or mail us artwork are predominantly fine artists who like the book idea and want their work to be in something queer and interesting. But yeah, some drawings are creepy, and you can never tell if it’s intentional or what. Most of the creep vaginas we got at the booths. That pile is a real vag grab bag.

Is there a secret to drawing a good vag?

The guys who’ve tried to draw real vaggies have usually failed; those drawings are basically all the same and boring. But the artists who try to communicate ideas, even if they don’t have any illustration talent, produce the best vaginas. The Cookie Monster one stands out to me as one of these.

How does one go about curating 500 vaginas into a book?

We’ve got a well-stocked monsters section, a buildings, systems and diagrams section, flora and fauna, animals, talking vaginas and others. Keith has put the vaginas in a mysterious artistic order so the viewer has a certain, paced experience of the entire collection, like a song. A long, vaginal song.

Will there be a Lesbians Draw Penises?

No, we’re not considering Lesbians Draw Penises at the moment. I don’t think I want to wade through 500 dick drawings. Keith might, though.