Meet the Professor Searching for Time Travelers on Twitter 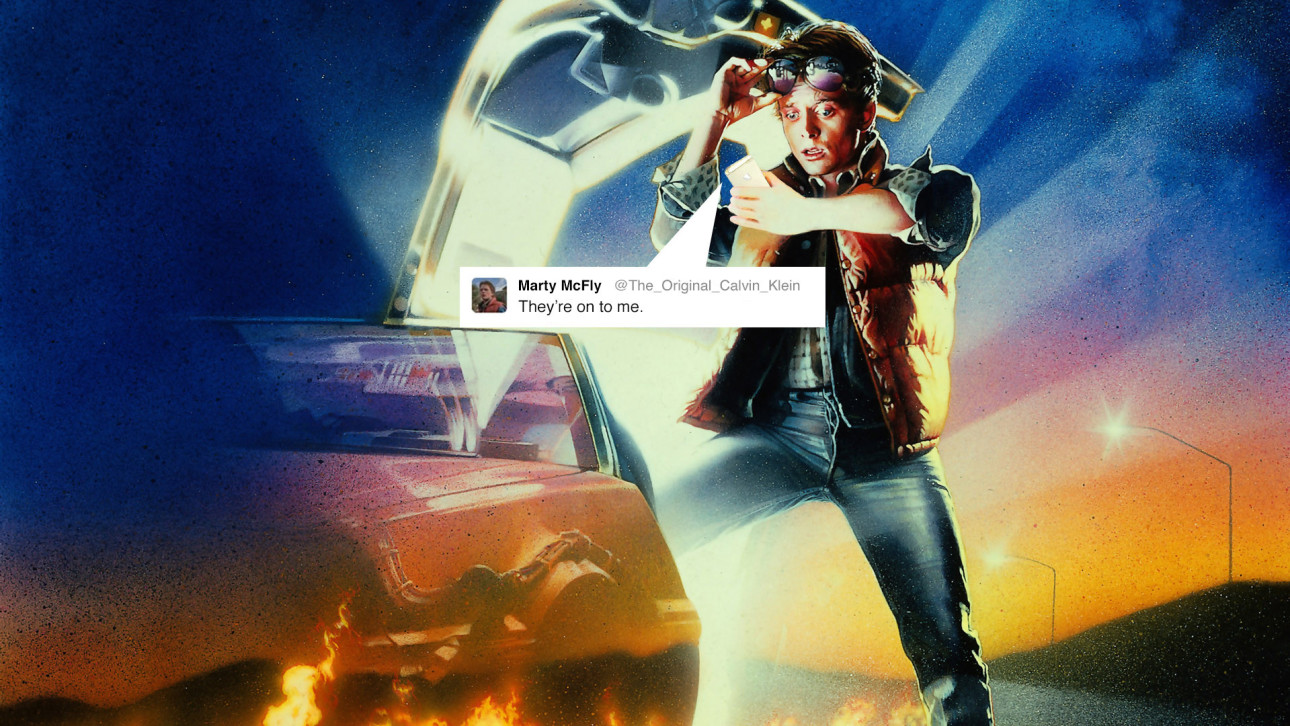 Humans of the future living among us: We’re onto you.

Robert Nemiroff, an astrophysicist at Michigan Tech University, accomplished NASA scientist, and noted science fiction fan was playing poker with five graduate students last summer when the subject of time travel came up. Over a game of five-card-stud, the group wondered: By searching the Internet for “prescient inquiries,” could they find people who were living here from the future?

“It was a whimsical discussion, but a couple of us decided to see if we could actually look for this, and see if we could do a real study on the Internet,” Nemiroff told me this morning. “The Internet is a vast palace of information, and we were unaware of anyone searching for prescient knowledge.”

Tweet at us: Are you from the future? (You can tell us.)

Take the search term “Pope Francis,” for instance. The Vatican had never elected a “Pope Francis” before, so, theoretically, anyone talking about Pope Francis on Twitter before he was elected would seem to have special knowledge of the future. From August to November, Nemiroff searched Twitter, Facebook, Google, and Bing for evidence of time travelers—and published his findings in the non-peer-reviewed science journal, arVix.

Searching the Internet for evidence of time travelers, Nemiroff’s 11-page paper, unfortunately did not yield any conclusive findings. But Nemiroff is not giving up hope. Though his investigation has concluded for now, he hopes other researchers will continue the search.

Below is a lightly edited transcript of our conversation.

So, what did you colleagues think?

[Laughs] They kind of know I’m eccentric already. They thought it was kind of fun. I would say that if I did not have tenure, and I was worried about job security, I might have done this but I would have kept it quiet because it wouldn’t have looked good on my resumé. But it’s fine for me now. By the way, the only three physics journals we sent it to wouldn’t consider it. They said it was not relevant for their journal. Nobody thinks it’s in their category.

Had you found a time traveler would they have been more receptive?

Yeah. But then there would have been a tremendous controversy about that.

Well, we tried everything. Facebook, Google, Bing—anything that had a search engine. It turned out that Google is tough because they keep putting new ads next to old information, so there are too many false positives. It was too frustrating. Maybe someone at Google could do this. Facebook wouldn’t give us a long enough search list, plus we found out that you can back-date things on Facebook. So that didn’t work.

We don’t think you can backdate Twitter posts and it’s also possible to search all of Twitter relatively quickly. I wouldn’t have guessed this beforehand—I don’t even have a Twitter account. We were just having fun.

Once thing I’m not getting is this: Say a person from the future lives among us. Presumably, they already knew about your research. Therefore, couldn’t they have easily avoided detection?

We’re not claiming to know how the future works. This is just one way [to search] that’s very commonly discussed in science fiction. But yeah, if they cover it up, we’re not going to find it. We also only searched a tiny fraction of the Internet.

Are you a science fiction fan?

What are your favorites?

Isaac Asimov, Star Trek. My wife is really into Dr. Who.

What did your wife think about your research?

[To his wife, sitting near him.] Wife? He’s asking what my wife thought of the research.

[To me.] She’s unwilling to commit herself. I think she thought it was interesting.

Will you still continue the research?

I don’t know if I will, but I hope others continue the research, like people at Google and Facebook who have access to this data. Maybe they might do a better, more comprehensive search.

If you could time travel, where would you go?

I’d go to the future. But I’m happy in the present, so I’d like to come back.