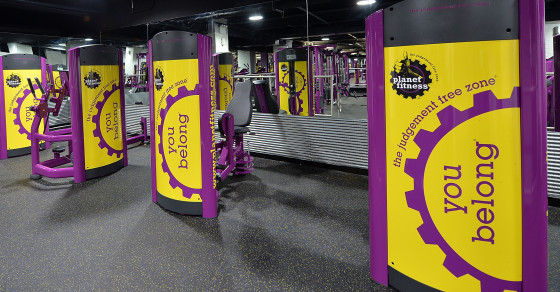 Woman Ejected From Planet Fitness Gym for Being “Too Toned” 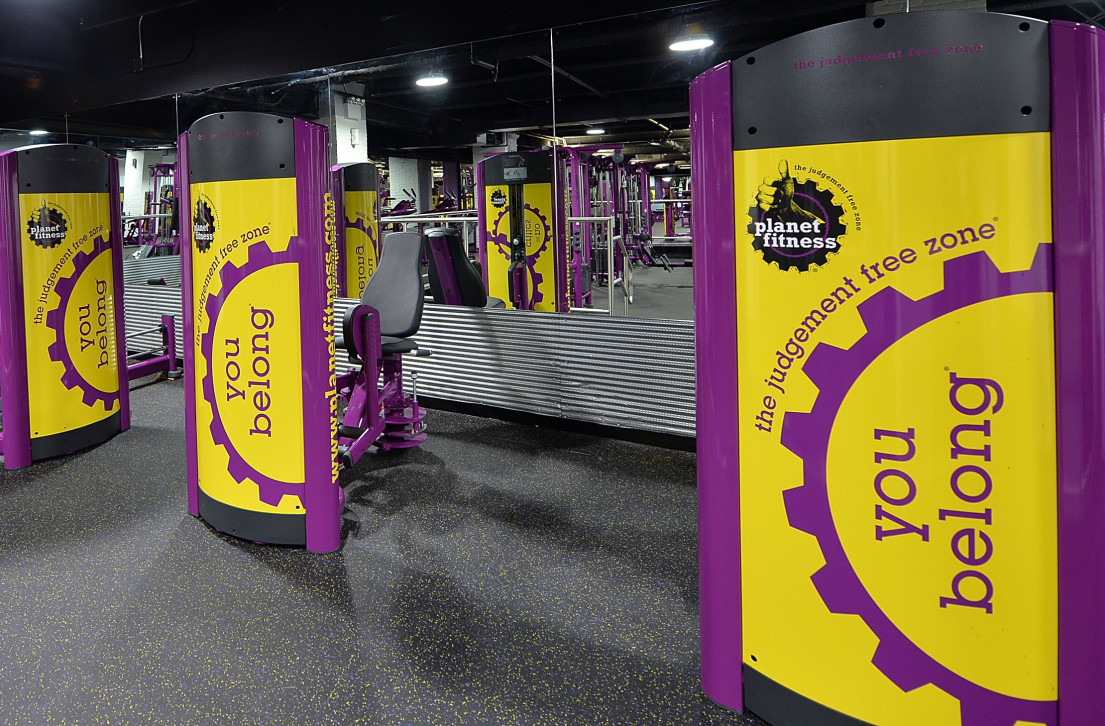 Tiffany Austin was feeling pretty good on Monday. It was her first day at the gym since recovering from a car accident, and the Bay Area native was amped to get back in shape. She wore a neon pink crop top and matching spandex capris, and she had just begun to power walk when a Planet Fitness employee approached her.

“Excuse me, but we’ve had some complaints,” the employee said. “You’re intimidating people with your toned body. Could you please put on a shirt?”

Austin was being accused of “gymtimidation,” a cardinal sin at Planet Fitness, the national chain known for its hideous purple-and-yellow color scheme and equally jarring policies, such as “no grunting,” “no deadweights” and no “hardcore look-at-me-attitudes.” At Planet Fitness, such offenses trigger a gym-wide siren called “The Lunk Alarm”—“lunk” being the company’s term for “meathead”—complete with flashing blue lights and an ear-splitting noise that sounds disconcertingly similar to a firetruck.

The point, according to CEO Mike Grondahl, is to create a more humble, “light-hearted” atmosphere where everyone from your arthritic grandmother to your beer-bellied brother-in-law can feel comfortable working out. To emphasize this, Planet Fitness prints the words “no judgment” on every single machine, and has even trademarked the phrase “The Judgment Free Zone.”

But they seem to have a problem following their own marketing-scheme-cum-philosophy. Aside from Austin, who felt justifiably “intimidated and harassed,” a number of other members have come forward with complaints in recent years about the gym’s oppressive micromanaging (which may or may not be some kind of elaborate, ongoing Andy Kauffman-style publicity stunt—we just can’t tell).

In 2006, a correctional officer from upstate New York had his membership revoked for “breathing heavy,” and in 2011, this guy was kicked out for videotaping himself flexing in the locker room (though that may have been deserved). Nationally, the chain banishes about two members monthly, often for such shocking offenses as grunting, looking too hot or dropping one’s weights on the ground.

Ironically, Planet is also the national brand partner for The Biggest Loser, a show that’s pretty much all about grunting and groaning your way through grueling boot-camp routines led by intimidatingly fit people.

Somehow the Viet Cong of gyms remains a rapidly growing enterprise, with 5 million current members and an ambitious plan to expand. Of course, this probably has more to do with their dirt-cheap $10 monthly fee. Or it could just be the straight-shooting sales pitch, which describes their facilities as “clean, stylish and hassle-free.” No judgment!