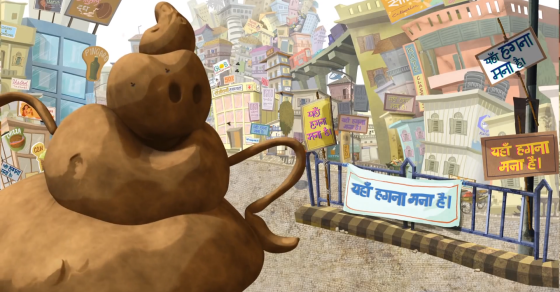 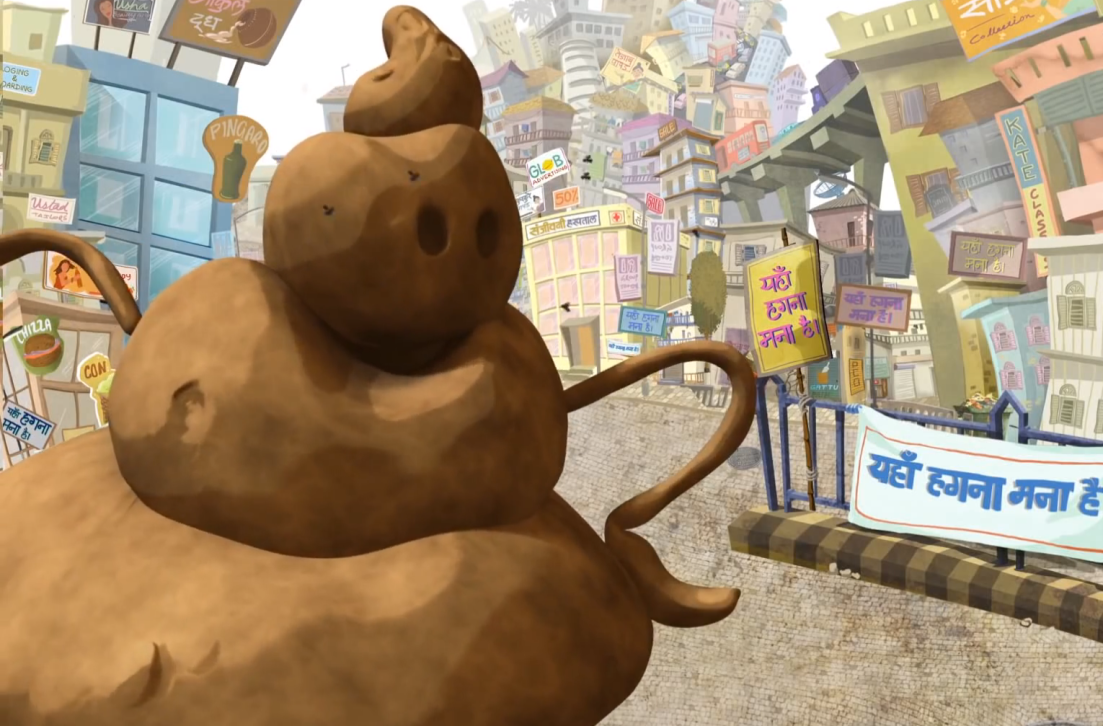 India has the highest rate of open-air defecation in the world. Approximately 620 million people lack access to sanitary modes of waste disposal, which equates to roughly half the population pooping al fresco on a regular basis. UNICEF wants to change that. Their weapon? Mr. Poo.

He made his grossly compelling debut in the music video “Take the Poo to the Loo,” which is, hands down, the most captivating marketing ploy in recent memory. In it, a comically menacing turd (think the emoji come to life) and his minions harass people across the country. Piles of shit sing, dance and rapidly multiply like Gremlins doused in toilet water, to music composed by songwriter Shrikanth Sriram of Life of Pi fame.

But there is a twist (spoiler alert!). Concerned citizens take issue with the army of feces rubbing themselves, quite literally, in their faces and decide to throw a big ol’ poo party. Having already established that these guys love to get down, the people lure the unsuspecting turds to a giant disco toilet and flush them. Who knew taking a dump could be so much fun?

Aside from putting to shame similar preventive public health efforts—such as China’s anti-spitting and Japan’s anti-groping campaigns—in terms of creativity, it highlights the growing concerns facing many of India’s residents, particularly those in rural areas.

According to UNICEF India, open defecation puts children at risk of microbial contamination, which leaves them susceptible to “malnutrition, stunting and opportunistic infections such as pneumonia.” Women and girls face additional safety issues, with the shame of publicly relieving themselves being so great that they wait until nightfall to avoid being seen.

The campaign is picking up speed, with students from the Indian Institute of Technology and Jamia Millia Islamia recently taking part in a flash mob in Delhi to help raise awareness. Or maybe just because the song is so catchy.

But not everyone is into Mr. Poo and his band of besmirched followers. Though she is an advocate for improving access to sanitary waste disposal for all members of society, Pratima Joshi, the executive director of Shelter Associates, an NGO that seeks to improve conditions for disadvantaged groups in urban areas, has said the UNICEF video is too simple and “demeans the poor.” But others have praised it for casting a musically addictive light on an important social issue. Just try and stop yourself from singing along.