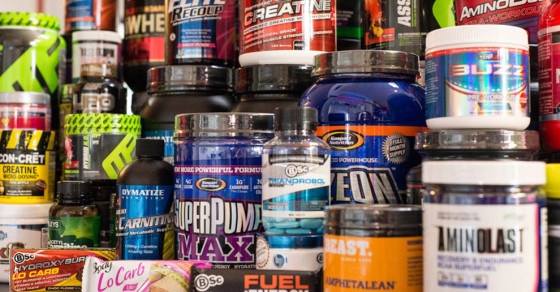 Here’s What’s Actually In Your Supplements
By Elizabeth Kulze

Here’s What’s Actually In Your Supplements

You’d think that a St. John’s wort supplement would actually contain some St. John’s wort. Or that your morning ginseng would be made primarily from ginseng. But for Target, GNC, Walgreen’s and Walmart stores in New York state, it seems that’s not always the case. 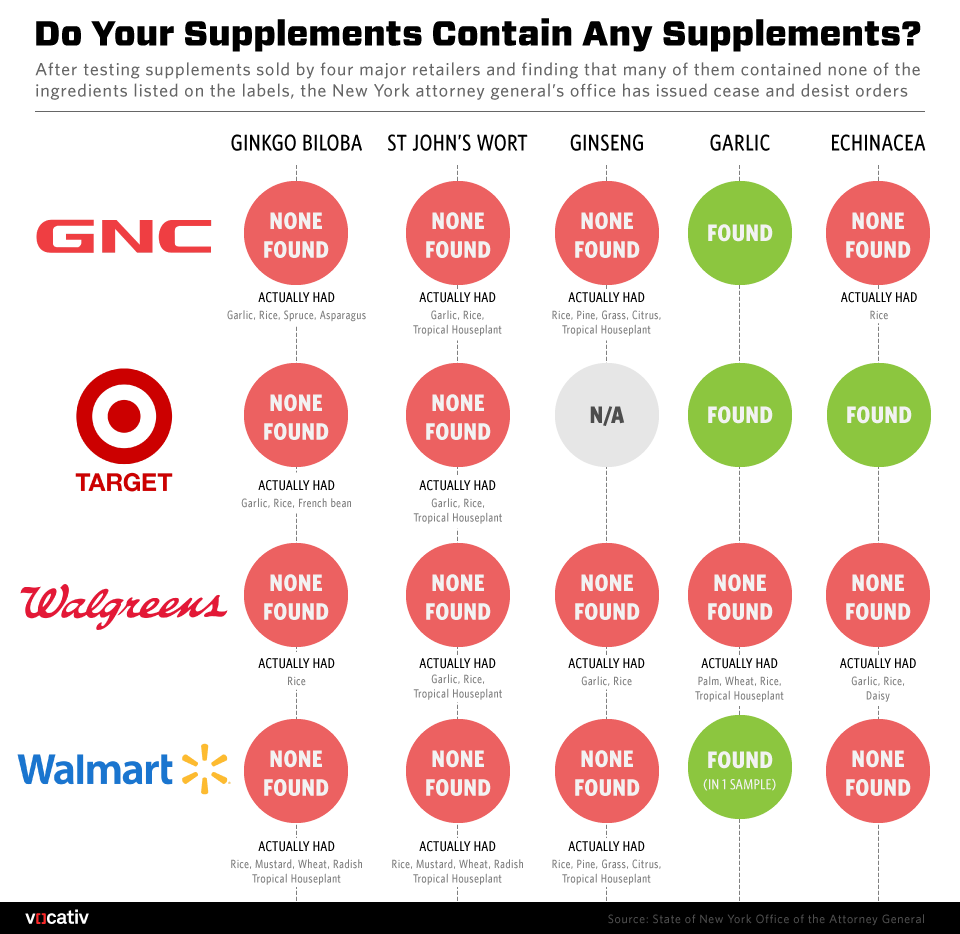 In a revelation that defies all reason, the New York attorney general’s office found that four out of five of the most popular herbal supplements sold at those major retailers contained precisely zero of the ingredients listed on their labels. Instead, the products, which are typically used as alternative medicine treatments, were found to contain cheap fillers such as rice, a common house plant called dracaena and (weirdly) asparagus. The unlisted ingredients also included substances like pine and wheat, which could be potentially harmful for people with food allergies.

In response, Schneiderman’s office issued cease and desist letters to the four retailers, making this the first time a law enforcement agency has threatened major companies with legal action for peddling intentionally misleading products. It’s also highly likely that herbal supplement fraud could extend to stores outside of New York.

Below are some of the supplements analyzed by the New York attorney general’s office, alongside the actual ingredients they were found to contain. We really hope you like garlic.