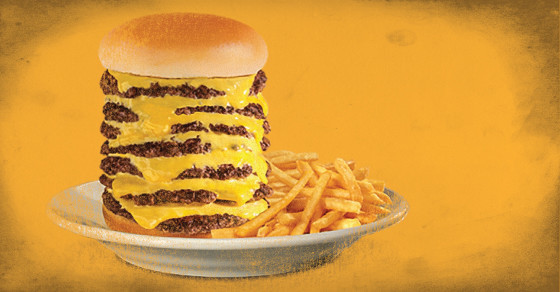 Obesity Is Just A Weekly Splurge Away
By Abigail Tracy

Obesity Is Just A Weekly Splurge Away 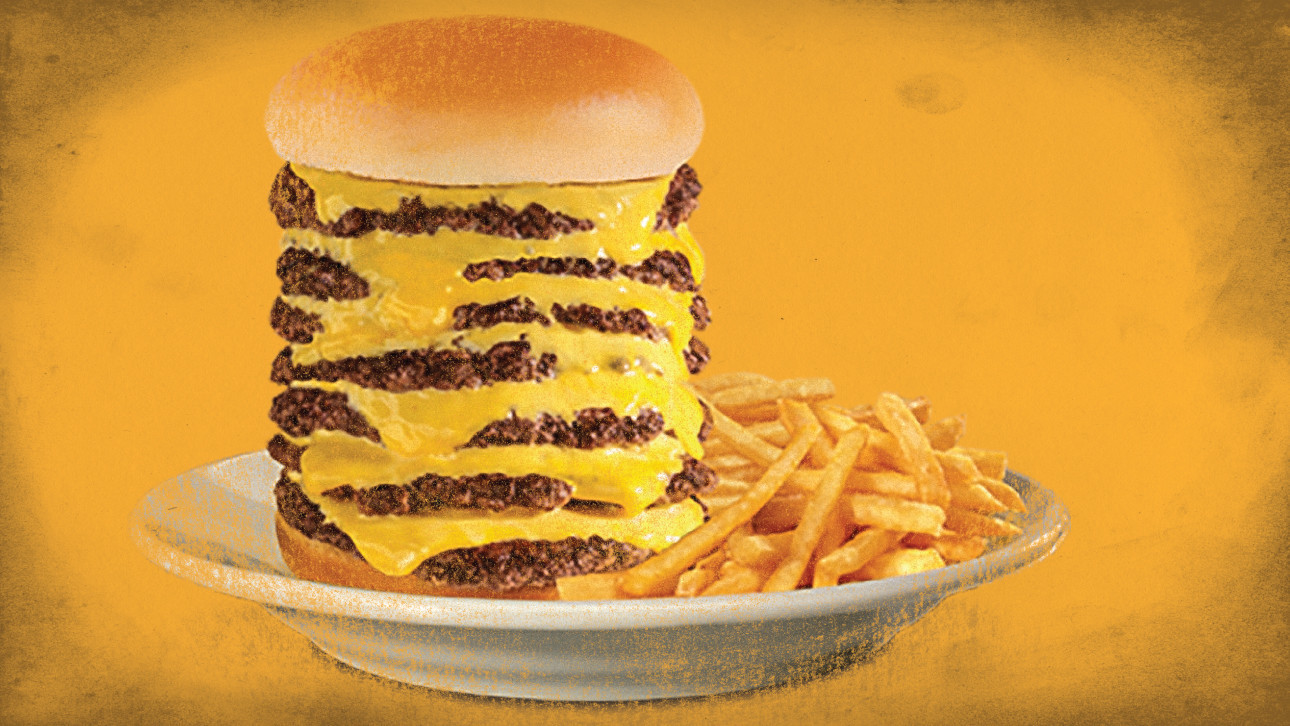 You could pack on more than 30 pounds if you eat certain menu items at popular restaurant chains just once a week for a year—even if you count your calories religiously every other day of the week.

On Wednesday, consumer watchdog group the Center for Science in the Public Interest, released its annual Xtreme Eating Awards list, a compilation of the some of the worst, most unhealthy meals that you can order at restaurant chains across the country. The list provides a nutritional breakdown of the worst offenders when it comes to calories, cholesterol, sodium and sugar. Overweight adults make up between 30 and 38 percent of each state’s population, according to the most recent numbers from the Centers for Disease Control, and with options like these, it’s no surprise. The Cheesecake Factory’s Louisiana Chicken Pasta, for instance, delivers a spectacular 2,370 calories, while Dickey’s Barbecue Pit’s 3-Meat Plate is a 2,500-calorie stomach bomb.

Regular consumption of these meals must, surely, impact an average American’s weight, so Vocativ did some math. Everyone’s metabolism is different, so there are no one-size-fits-all calculations. To be as fair as possible, we used CDC statistics to create two “average” profiles–the average male in the U.S. measuring 5 feet 9 inches tall and weighing 195.5 pounds, and the average female, standing about 5 feet 4 inches tall and weighing 166.2 pounds. Then we determined the recommended caloric intake for matching 35-year-old males and 35-year-old females who lead “somewhat active” lifestyles based on dietary guidelines. For men this broke down to 2,550 calories per day and 2,000 calories per day for women.

We did our calculations assuming that these “average” Americans stuck to their meal plans, with the exception of one meal per day eaten from a franchise menu. So for instance, if an “average” 35-year-old male consumed the recommended calories for breakfast, lunch and snacks and just had the the prime rib dinner at Outback Steakhouse—a 2,400-calorie dish—he would overshoot his recommended caloric intake for that day by 1,650 calories.

What would happen if he did that once a week for a year? Over 52 weeks, that average American would consume 85,800 calories more than he needed to maintain a static weight. Online calculators generally estimate that 3,500 calories equates to a pound of human fat (this figure is subject to intense debate) but roughly calculated, it means that over the course of a year that once-a-week treat could equate to a 24.5 pound weight gain, assuming that our average man didn’t counteract the food with extra exercise and stuck to the 2,550-calorie goal outside of his trips to Outback.

The menu item on the Xtreme Eating Awards list with the greatest calorie count was their version of Red Lobster’s “Create Your Own Combination,” in which diners pick three dishes. CSPI chose three shrimp dishes, for a total of 2,710 calories (and a staggering 6,530 milligrams of sodium – close to three times the recommended daily intake). If eaten once a week for a year, men and women fitting our profile would gain 29.1 pounds and 32.8 pounds, respectively. The Chicago Tribune reported, however, that this menu selection was an “atypical combination” and that CSPI ignored lower calorie, healthier options.

We took the CSPI list for both men and women, and calculated how much these meals would put the average male and female beyond their recommended daily calorie intake and spread that over three months and a year. Then we calculated the worst case scenario for weight gain for all of those meals. Bear in mind that in most cases, a 13-pound weight gain is enough to push a person’s body mass index from underweight into the obesity range.

Here’s how it looks:

Red Lobster’s Create Your Own Combination