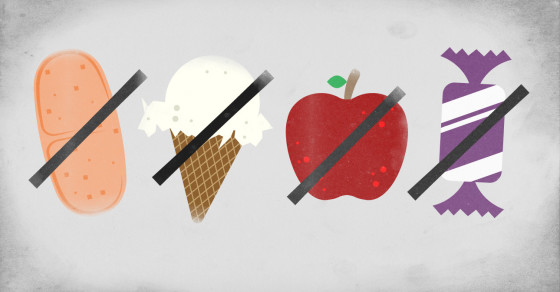 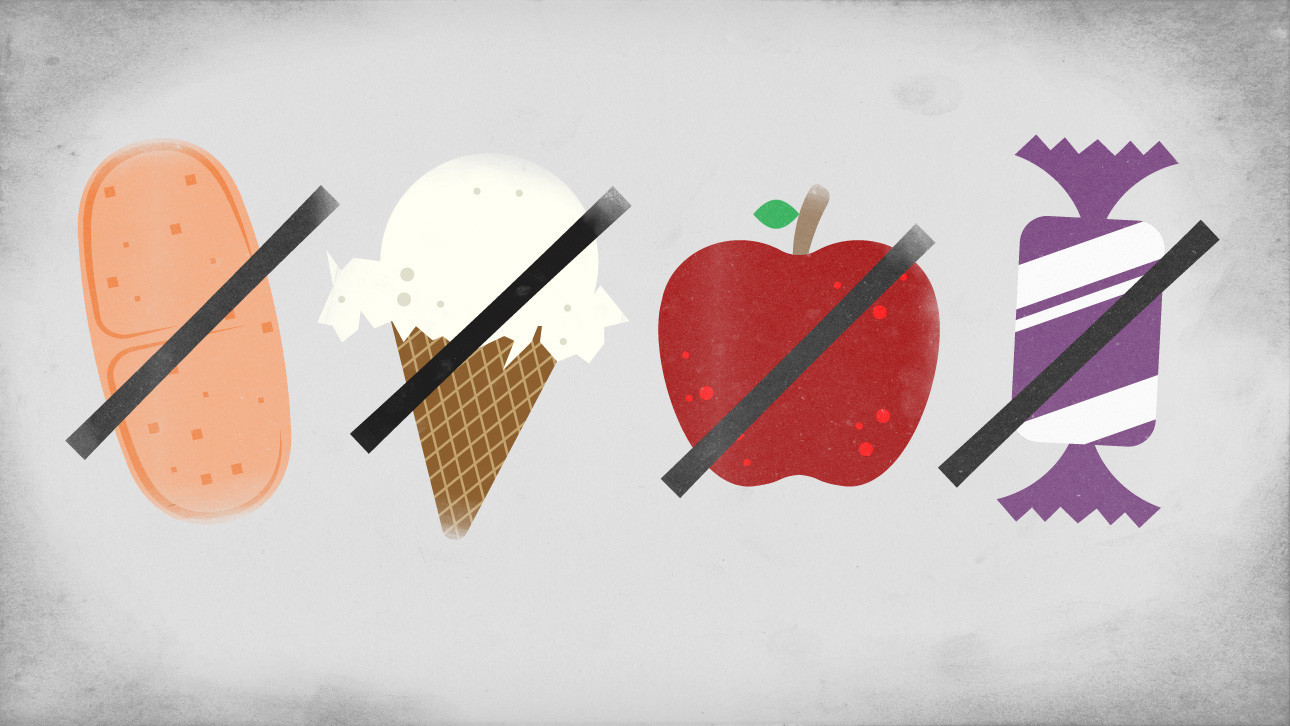 It’s been a rough month for food safety. In a matter of weeks, we managed to lose hummus, ice cream, and a motley collection of dairy products, all to listeria recalls. But even when food safety scares aren’t in the public consciousness, the Food and Drug Administration (FDA) is constantly keeping tabs on official recalls, tracking infections along with more benign food faux pas, such as mislabeled packages and “possible contamination.”

Vocativ analyzed the FDA’s food safety database, and discovered 737 recalls since January 2014. The vast majority of these recalls are due to either undeclared ingredients—allergens like milk, soy and nuts—or confirmed contamination:

Within the food industry, some companies appear to sell contaminated food more often than others. Whole Foods tops our list of offenders, with 26 store-brand products recalled since the beginning of 2014. (Whole Foods had not responded to our requests for comment by time of publication. UPDATE: Michael Silverman, a spokesperson for Whole Foods, responded to our inquiry via email: “We take the health and safety of our customers very seriously, and that can manifest in voluntary product recalls we may issue out of an abundance of caution.”)

In any case, it’s important to remember that the Whole Foods figures only accounts for about 3 percent of the total recalls issued during that time period. The data suggest that recalls tend to be spread out among many companies—we did not find a cluster of contaminated food within any one company. 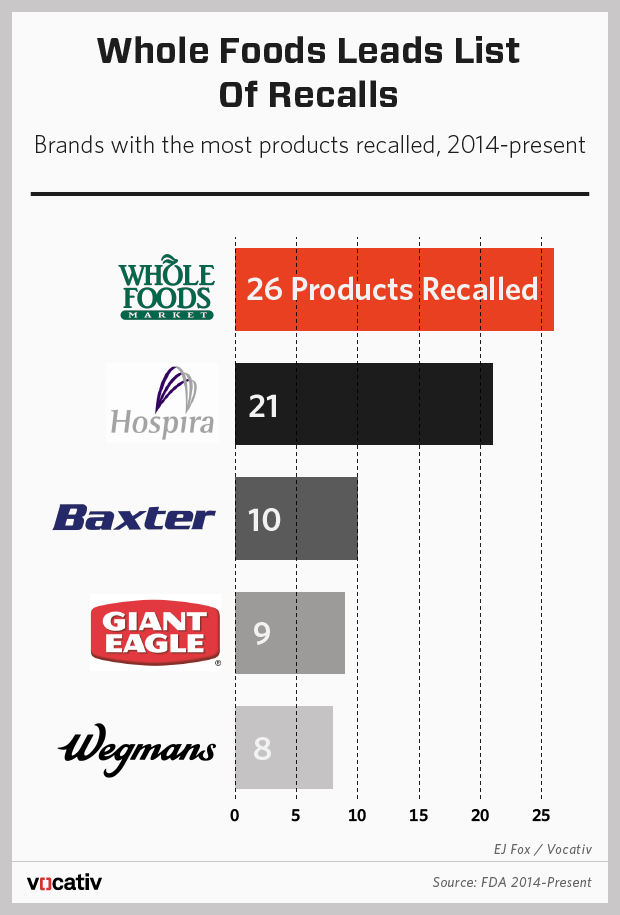 But we did find a pretty damning cluster surrounding prepared foods. Since 2014, about 10 percent of recalls have involved so-called “convenience food,” or ready-made meals. After that, candies and spices appear to be the riskiest choices. Here’s a complete breakdown of recalls by product type: 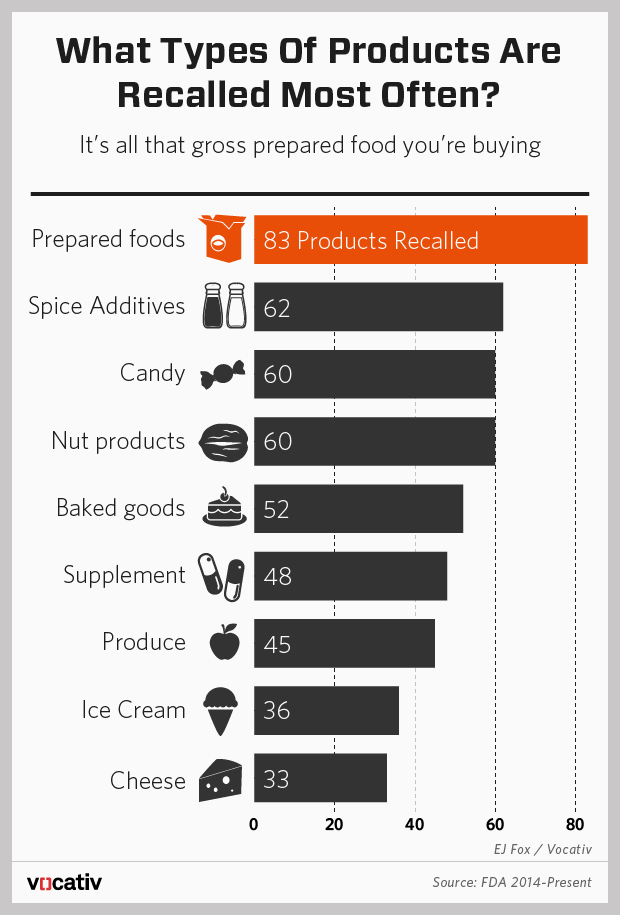 There is no easy solution to preventing food contamination. As Phil Lempert writes in Forbes: “The reality is that we will always have strains of bacteria infecting our foods—no matter how stringent the food safety practices that are in place. A leaky pipe, someone’s loose hair, or an insect that makes its way into the facility.”

But we can further empower the FDA to crack down on unsafe practices and misleading advertisements. Right now the dietary supplements industry (48 recalls since 2014) is one of most poorly regulated industries in the United States, largely due to legal restrictions on the FDA’s ability to do what it does best—regulate. A stronger FDA won’t necessarily stop bugs (or listeria) from creeping into your ice cream. But, especially in the midst of an outbreak that has already claimed at least three lives, more food safety regulation certainly seems like a good idea.