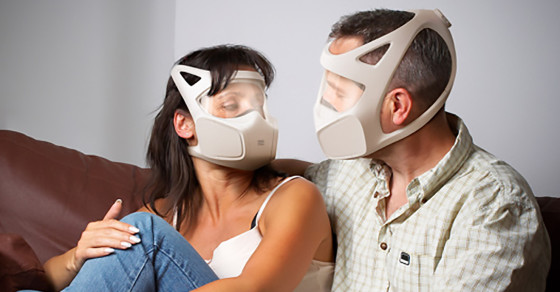 Gas Masks for the Fashion-Conscious Survivalist
By Emily Levy

Gas Masks for the Fashion-Conscious Survivalist 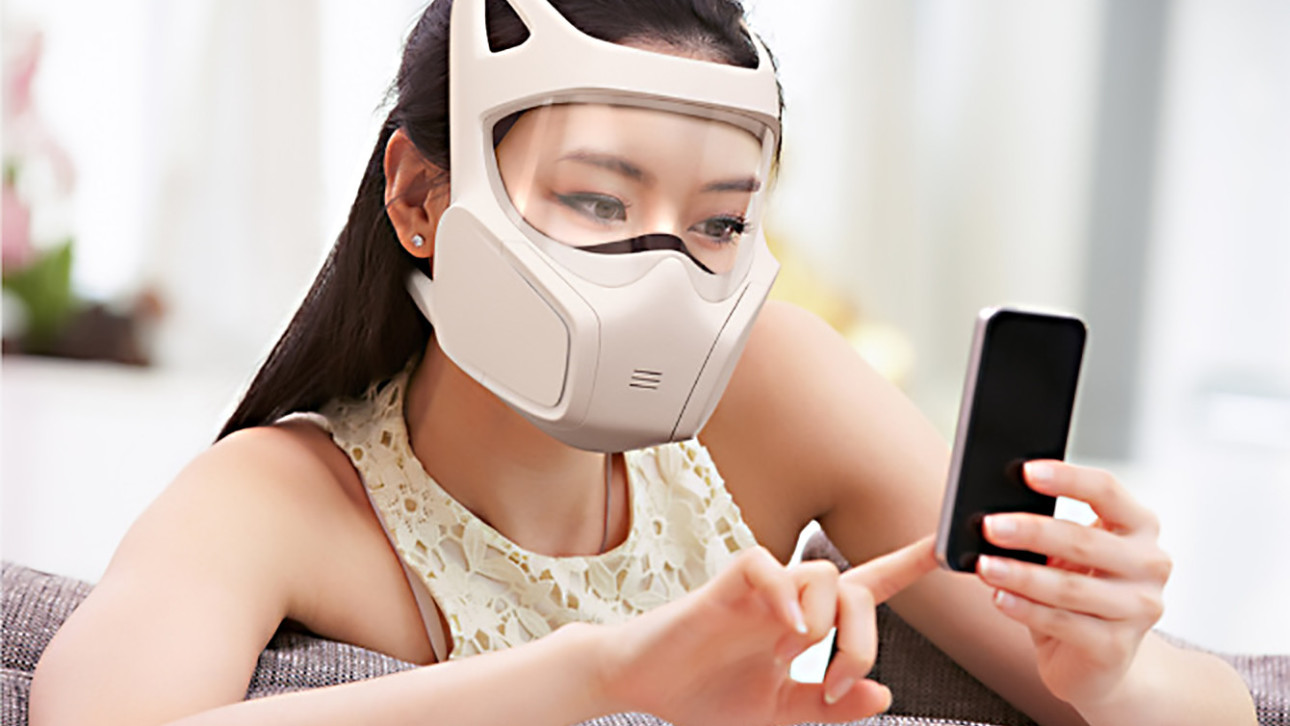 If TV series and blockbuster movies are any indication, the apocalypse is an inevitability. The question is, then: Can you be too prepared? Well, breathe easy (literally). The first “Social Gas Mask” is the latest in warfare innovation—and it looks pretty sleek, too. Sure, it’s still a piece of air-purifying headwear designed for chemical warfare or whatever doomsday scenario ends up playing out, but it’s also one that won’t make you look like a giant insect.

The mask, designed to allow for seamless social interactions like movie nights on the couch (see below), is the brainchild of Zlil Lazarovich. The Israeli industrial designer created the equipment out of silicone, polycarbonate and neoprene as part of her final project at Israel’s Shenkar College of Design.

“The large window allows to show a greater range of facial expressions by exposing the upper cheeks, eyebrows and full width of the eyes area,” Lazarovich says. “The wide, cheeky shape of the filters gives the impression of a wide, healthy and happy face instead of a long, skeleton-like one.”

As a practical piece of equipment, the early gas mask rose to prominence during World War I, when poison gas was frequently used as a weapon. And if Lazarovich’s Tumblr tells us anything—it features images of gas masks through history—her new version appears to be the apex of the mask’s design. “As opposed to current masks that often hide the user’s face, restrict communication and facial expressions, and look like an alien,” she says, “the Social Gas Mask has a number of features designed to offer an empowering image and a positive experience.”

The project stems from the designer’s memories as a 4-year-old during the 1991 Gulf War. “I remember the alarms, the panic, my parents putting on my mask and sitting for long periods of time in the chemically sealed room we prepared at home,” Lazarovich says. “These events and memories, which are not unique to myself but are also a part of the collective memory of all Israelis, made me realize how important it is to maintain a sense of normality even in the most stressful times.”

Chemical warfare is thankfully a rare occurrence these days, so you have to wonder where, or if, a market for a device like this exists. Full-on chemical attacks have taken place most recently in Syria, but a slimline, ergonomic mask is likely going to price the average Syrian out of the market. If it works for tear gas, there may be a burgeoning growth market in street protesters, with the added benefit of being more aerodynamic for eluding cops (a definite cut above the protester-standard plastic bottles and cloth soaked in vinegar). And there’s always the large community of preppers and survivalists, who maintain a constant state of readiness for the end of the world.

For her part, Lavarovich calls the mask a “concept,” and doesn’t have plans to put it to market just yet. But, concept or not, the design is clearly a lot more attractive and practical than the original. As Lazarovich promises on her site, the mask “facilitates better communication” between family members during a moment of crisis. And when you’re in a basement with panicked kids, not looking like a horror movie slasher is definitely a plus.