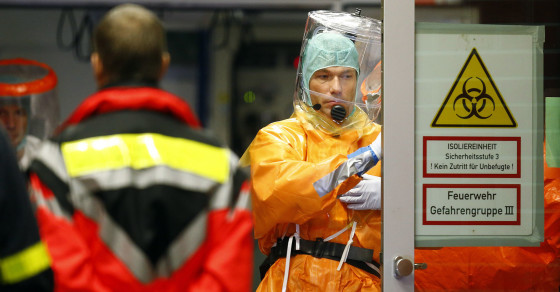 How One Doctor Survived Ebola
By Elizabeth Kulze

How One Doctor Survived Ebola 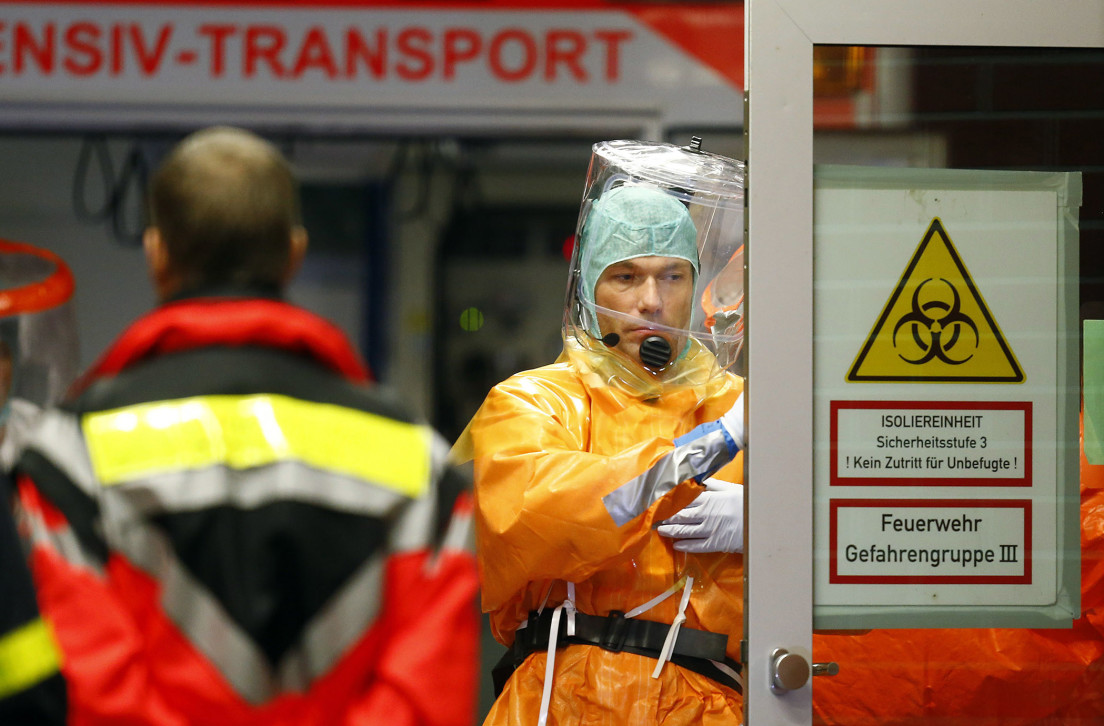 Last Thursday Victor Willoughby lost his life to Ebola, just hours following the arrival of ZMab, an experimental drug that had been flown to Sierra Leone from Brussels to treat the physician after he had contracted the disease from a patient.

Sadly, Willoughby’s death is more the rule than an exception. The chances of surviving Ebola in western Africa still hover around 30 percent, and Willoughby became Sierra Leone’s 11th physician to succumb to Ebola (a 12th healthcare worker lived). However, in western nations the odds of beating the devastating disease hover around the 80 percent range, thanks to advanced facilities and a range of experimental treatments, which have worked in various combinations to eliminate Ebola in aid workers who were flown to Europe and the United States for treatment.

One such patient was a 38-year-old Ugandan physician who contracted Ebola in Sierra Leone while treating locals. He was flown to Frankfurt’s University Clinic six days after he began experiencing symptoms and was declared Ebola-free in less than a month’s time.

So is the path to a cure any more clear? Frustratingly, the answer is both yes and no.

A new report written by Dr. Timo Wolf, the patient’s head physician, and several of his colleagues, provides a fascinating window into the successful treatment and highlights just how complicated an effective Ebola treatment regimen is, even when a technologically advanced hospital is focusing on a single patient.

Below, some highlights from the Wolf’s paper:

Upon admission the Ugandan physician was extremely weak, suffering from severe abdominal and muscle pain, and had multiple organ failures. Over time his intestines and chest began to fill with fluid, followed by “vascular leakage,” which is when blood leaks from the circulatory system into other parts of the body. (This is what causes the bleeding that has become Ebola’s hallmark symptom, though it doesn’t always occur.)

The patient was kept in a negative-pressure room, commonly known as an isolation unit, where air can flow into the room but not out of it. All staff treating the patient wore positive-pressure suits, or moon suits, that force contaminated air out of the suit should it be compromised. They were also outfitted in boots, a triple layer of gloves, and respirator hoods, which filter fresh air into the hood and suit. Regular “buddy checks” to inspect one another’s protective equipment were also required.

The patient received regular chest x-rays after “the cassette,” which is the casing that holds the film, was double-wrapped in plastic sheeting. The patient also received feeding and breathing tubes, which Wolf describes as a very challenging task due to the bulkiness of his and his colleagues’ protective equipment. Inserting IVs was also incredibly difficult because the thickness of the physicians’ gloves made it impossible to feel the patient’s pulse; as an alternative, they used a sonogram to locate blood flow. Wolf and his team also regularly monitored the extent of blood leakage in the body cavity using special technology called the PiCCO system.

Medical staff wearing protective clothes are seen during the arrival of an Ebola patient at the isolation ward of the University Clinic in Frankfurt, Germany.

The most promising conclusion to come out of the Ugandan doctor’s case was the successful use of a drug called FX06, which Wolf believes to be a promising candidate for future Ebola treatments. The drug is made from a natural human blood-clotting protein called fibrin, which can help reduce leaking of the body’s blood vessels (when untreated, this causes multi-organ failure and shock—the disease’s death knell).

“Even though the patient was critically ill, we were able to support him long enough for his body to start antibody production and for the virus to be cleared by his body’s defenses,” Wolf wrote of the Uganda aid worker. “FX06 could potentially be a valuable agent in contribution to supportive therapy.”

The patient was also treated for kidney failure with haemodiafiltration—a special kind of dialysis that helps remove toxins from the body—and for bacterial infection, which is a common complication in Ebola cases.

“This report emphasizes the complexity and specific challenges of intensive care treatment of patients with Ebola virus disease,” Wolf concludes, noting that scaling this type of care to treat many people at once, using facilities in African countries, would be virtually impossible in the current environment. Still, the report does at least provide some promise in the way of the drug, FX60.

“On the basis of our experience, we feel that FX06 warrants further evaluation in the treatment of vascular leak syndrome in Ebola virus disease,” Wolf writes. If tested, the drug will join around six others that are currently being evaluated to treat the virus, though none have proven entirely effective.

At this point, it’s clear the fight against Ebola is still one of trial and error.