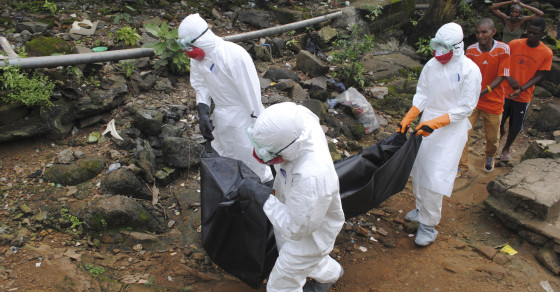 Got Questions About the Ebola Outbreak? Ask Reddit Anything
By Elizabeth Kulze

Got Questions About the Ebola Outbreak? Ask Reddit Anything 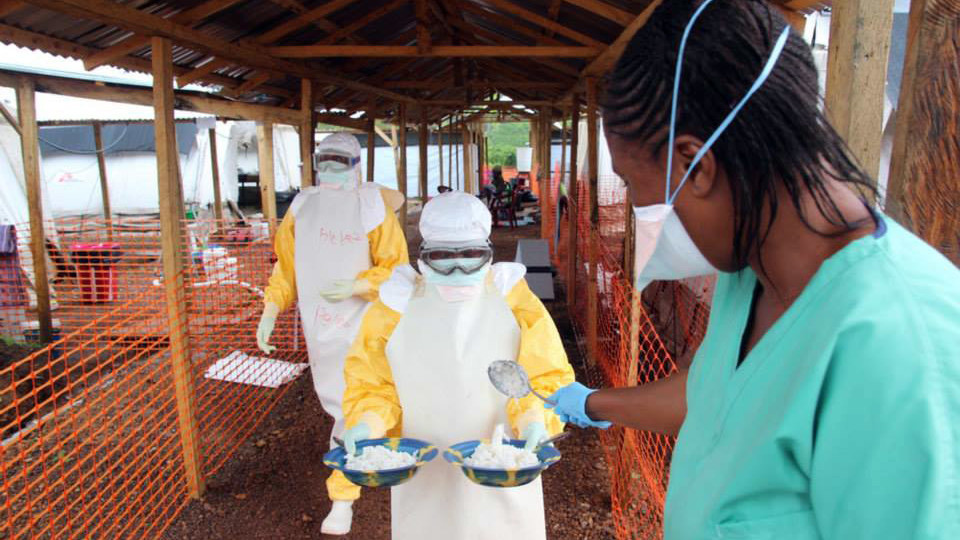 People are freaked out by the largest Ebola outbreak in human history. Making the situation worse are the countless conspiracy theories and misinformation—much of it circulating on the Internet.

One day we’re told a global pandemic is inevitable, and the next we’re told there’s nothing to worry about. The disease has been dramatized to the point that people think the infected bleed constantly from every orifice, when that’s not usually the case. Myths abound.

So where’s the truth? Uh, on Reddit. Yes, Reddit, whose communities did such a bang-up job of getting the facts around the Boston bombing spectacularly wrong, has pulled in some Ebola heavyweights in two recent Reddit AMA sessions, which now comprise a definitive guide to all your most urgent Ebola questions.

The experts: Stephen Morse, a professor of epidemiology at Columbia University’s Mailman School of Public Health, works to understand how infectious diseases such as Ebola emerge, and Dr. Estrella Lasry, a tropical medicine adviser for Doctors Without Borders, an NGO at the forefront of the fight against the deadly disease. Below, their responses to 13 (lucky!) common beliefs about this year’s unprecedented outbreak.

TRUE: The outbreak likely originated in animals, then spread to humans.

“The initial cases are hard to predict as they may be chance occurrences of someone going into the forest and coming into close contact with a fruit bat, which we think is the natural host for Ebola. Or there are apes like chimpanzees and certain types of antelopes called duykers that can also become infected and people can catch Ebola from using these animals for food.” —Professor Morse

FALSE: Ebola patients bleed profusely out of every orifice.

“That often doesn’t happen. This may cause some doctors here to miss the diagnosis. It starts like a flu-like illness and rapidly gets worse with high fever, often abdominal pain and bloody diarrhea.” —Professor Morse

TRUE: Old-fashioned home cleaning products are a great weapon against infection, even with a disease like Ebola.

“Bleach in general is a very good disinfectant. If the floor has blood or secretions from an Ebola victim, you could certainly do that. Even many detergents would be effective. And of course good personal hygiene such as hand washing is very helpful.” —Professor Morse

FALSE: The disease has mutated and become airborne, and that’s why it’s killing doctors.

“[There’s] no reason why Ebola should mutate to an airborne virus. It survives in body fluids, but not on dry surfaces due to its lipid membrane.” —Dr. Lasry

A health worker, wearing head-to-toe protective gear, offers water to a woman with Ebola at Kenema Government Hospital, in Kenema, Sierra Leone, as a young boy stands nearby.

TRUE: The virus can remain dormant in survivors.

“The virus disappears from the blood and has been found for longer periods in semen and breast milk—up to about three months in semen.” —Dr. Lasry

FALSE: A global pandemic is inevitable.

“The only good news, if there is good news, as Tom Frieden at the CDC says, is that Ebola kills fairly quickly and is not very transmissible. So I think the chances of global pandemic are minuscule. …This is, of course, a problem for all the movies since they want to make whatever disease is in the film very transmissible.” —Professor Morse

TRUE: The consequences of the epidemic go way beyond just the deaths from Ebola alone.

FALSE: An outbreak similar to what’s happening in Africa could easily happen in the United States.

“In the industrialized world, people may be afraid that Ebola is going to cause the kind of outbreaks we’ve seen in Africa here. Not so. It doesn’t spread easily. Casual contact isn’t enough to spread it. And it doesn’t really spread through the respiratory route. With good infection control for the patients, it shouldn’t spread.” —Professor Morse

Kitchen staff provide food for distribution to Ebola patients in Kailahun, Sierra Leone. No contact is allowed between staff in high-risk areas and those in low-risk areas, such as the kitchen.

TRUE: We’re still really bad at predicting epidemics like this.

“We’ve never successfully predicted any pandemic or emerging infection. Obviously there’s a lot we still don’t understand. And I hope we can get better at it.” —Professor Morse

FALSE: Open and outdated sewage systems account for why the disease is spreading so quickly in third world, African countries.

“Nobody I know of has ever gotten Ebola from the water, even in these resource-limited countries. …And the sewage systems probably have little effect on the occurrence of disease.” —Professor Morse

A Doctors Without Borders volunteer physician speaks as health workers surround an Ebola patient who escaped from quarantine from Monrovia's Elwa hospital. The patient, who wore a tag showing he had tested positive for Ebola, held a stick and tried to get away from doctors when they arrived on the scene attempting to catch him. The patient was walking through a local market in search of food.

TRUE: The international response has been tragically inadequate.

“What we need to see are more people being deployed to do the hands-on work. Right now, we cannot provide all the appropriate treatment to our patients because of a lack of human resources. The international response has been slow and weak, even after Dr. Joanne Liu (president of MSF) [made a] plea at the U.N. briefing. …The survival rate would be higher if we had more personnel on the ground able to manage these patients.” —Dr. Lasry

FALSE: The end of the outbreak is in sight.

“Not if the response is not substantially upscaled. …There are still enormous needs to respond to the outbreak, and we need people now.”—Dr. Lasry

FALSE: If you survive Ebola, you can still relapse or get it again later.

“It seems that surviving Ebola does confer immunity although we don’t know for how long. However, we don’t know of any patients who have been infected twice.” —Dr. Lasry