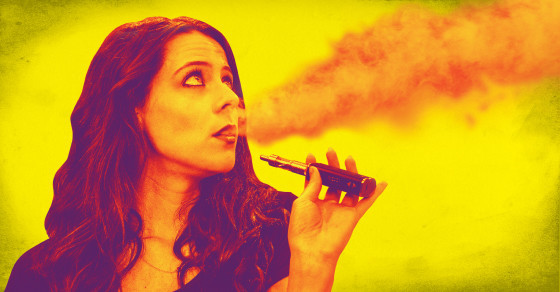 E-Cigarette Risks May Not Apply To The Average Vaper
By Joshua A. Krisch

E-Cigarette Risks May Not Apply To The Average Vaper 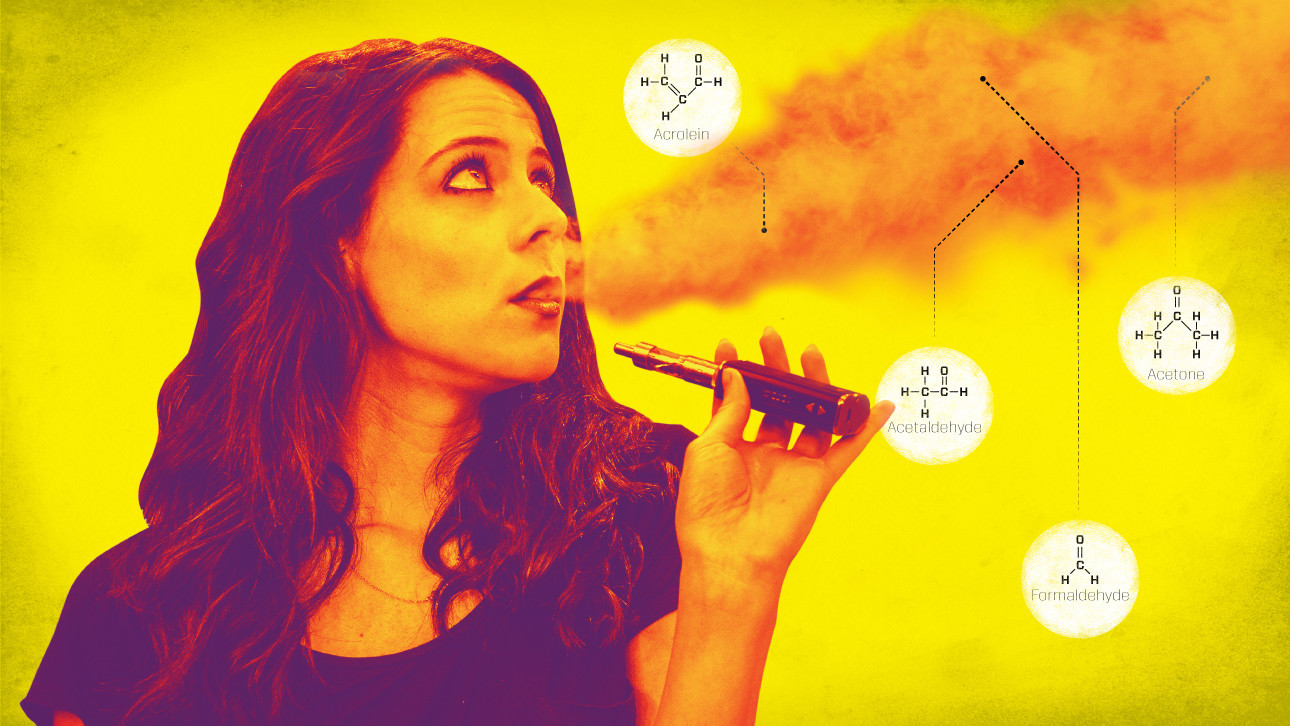 One of the fastest growing trends in the United States (especially among teenagers), electronic cigarettes are often touted as a safer and less addictive alternative to old-fashioned smoking. But after recent studies warned that e-cigarettes produce dangerous, cancer-causing chemicals known as aldehydes, many have been second-guessing the vaping craze.

However, in a new study published in the journal Addiction, some scientists are challenging the notion that normal e-cigarette use can actually release these carcinogens.

“Unfortunately, lack of understanding has resulted in gross misinterpretation of the data in previous studies,” says Dr. Konstantinos Farsalinos, a cardiologist at the Onassis Cardiac Surgery Center in Greece and coauthor on the study. “Any risk is minimal and not even comparable to smoking—I would say almost zero.”

More Social Media Is The "Wild West" For E-Cigs

Everyone agrees that high-powered e-cigarettes can theoretically produce formaldehyde (and other well-established carcinogens) when liquid nicotine mixes with propylene glycol, glycerol and flavor chemicals at high temperatures. But whether the average smoker puffs with enough force, and at a high enough temperature, to produce these chemicals remains an open question.

Farsalinos claims that prior studies over-smoked e-cigarettes in the lab—using advanced batteries and extremely high voltage levels to literally cook the vaping liquid in its atomizer. For a human e-cigarette user, that’s simply not how you vape. “All of the studies until now, without exception, were done without considering realistic e-cigarette use,” he says. “That was the major problem.”

Farsalinos spoke with e-cigarette users, who told him that overheating the liquid causes a very unpleasant taste, known as dry puff. “Every e-cigarette user knows of the dry puff phenomenon—and they do everything they can to avoid it,” he says. Farsalinos later tested realistic puffs against so-called “dry puffs” in his lab, and found that while dry puffs produce poisons, typical e-cigarette use releases virtually no aldehydes at all. “It’s very simple to produce as many aldehydes as you want in the lab,” Farsalinos says. “The thing is, those don’t represent realistic use.”

When Farsalinos challenges prior studies, he is invariably referring to one particular paper published in the New England Journal of Medicine in January. In it, researchers showed that the vaping process can produce hemiacetals, which can produce formaldehyde, and measured the concentrations using an advanced chemical technique called nuclear magnetic resonance (NMR) spectroscopy.

David Peyton, a professor of chemistry at Portland State University and lead author on the NEJM paper, says he wonders how Farsalinos can challenge his conclusions without NMR analyses. “Using their methods, you’re probably going to miss most of it,” he says. “Until they try to reproduce our results with our method, one has to ask: Do you actually expect to see everything we see, without using the same methods?”

Peyton and his team initially ran analyses of e-cigarettes at both very low and very high voltages. Although they detected dangerous aldehyde levels at high voltages, “at considerably low voltage, which was unrealistically low, we didn’t detect any at all,” he says. But since then, Peyton and his team have been studying intermediate voltages (something between a dry puff and an inadequate vape), which should represent the most realistic use. “With intermediate voltages, we found that intermediate amounts [of aldehydes] formed. That’s going to be the subject of a future publication,” Peyton says.

But the e-cigarette debate stretches beyond voltage, also reaching into the murky question of which chemicals are truly carcinogenic. Peyton’s initial study detected high levels of hemiacetals—chemical agents that Farsalinos believes to be relatively harmless, anyway. “There is absolutely no evidence that hemiacetals are toxic or carcinogenic,” Farsalinos wrote in a blog post, shortly after the NEJM article went live. Peyton, however, maintains that hemiacetals should be considered similar to any other likely carcinogenic chemical.

“It’s sort of like lead in paint,” Peyton says. “You want to minimize exposure as much as possible, rather than say there’s a safe level. Lifetime cancer risk is not massive, but also not negligible.”

At the end of the day, more studies will be necessary to determine whether or not normal e-cigarette use produces dangerous chemicals. Until then, the more cautious voices in the electronic cigarette debate are calling for restraint, especially when it comes to high-voltage puffs. “When I have friends vaping, I suggest they turn down the power,” Peyton says. “I would say it’s better to minimize voltage—but there’s this thing called ‘cloud chasing’, where you try to make the biggest plume possible! Never underestimate what people will do.”