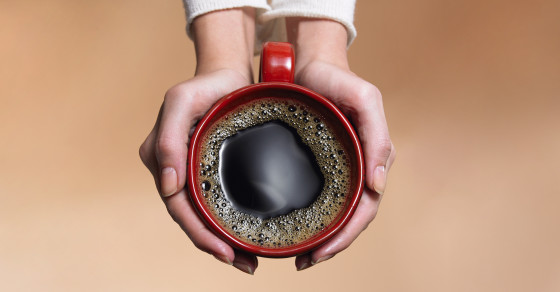 We Give Up. Let’s Just Say Coffee Cures Everything
By Joshua A. Krisch

We Give Up. Let’s Just Say Coffee Cures Everything

The big news last week was that coffee now prevents skin cancer. “The more coffee consumed, the lower the risk,” The New York Times wrote. “Drinking four or more cups of coffee was associated with a 20 percent risk reduction compared with those who drank none.”

I’ve yet to find a cancer that coffee won’t cure. Colon cancer. Breast cancer. Prostate cancer. A cup of joe keeps them all at bay, according to studies in recent years. You’d think by now someone at the National Cancer Institute would have seen the writing on the wall and simply redirected their $4.8 billion per year to a more worthy cause.

My suggestion would have been diabetes or Alzheimer’s research—if coffee hadn’t already cured them, too. Coffee also supposedly reduces risk of stroke, heart failure and Parkinson’s. A quick search of recent biomedical studies turns up about 2,000 papers that refer to coffee as some kind of preventative potion (and a few older studies that suggest coffee in fact causes cancer).

I love coffee. As I write this, I am shaking my head and sipping my third cup today. But I don’t think it’ll make me live longer, in part because there are a bunch of studies that also say it’ll make me die younger.

The most recent paper on the dubious connection between coffee and skin cancer is rife with the same fatal flaws that pop up in the 2,000 other coffee wellness studies online. Perry Wilson, an assistant professor of medicine at Yale University, presents a brilliant (and only slightly technical) takedown of the melanoma-coffee correlation on MedPage Today:

Is it possible that coffee reduces the rate of melanoma? Sure. There are about 100 different compounds in coffee, and some of them may be beneficial. Of course, some of those compounds might cause cancers as well. And that’s one of the central problems of dietary research. The exposures are so broad that one can justify almost any preconceived hypothesis based on preliminary data.

Don’t take it from me (or Dr. Wilson). Your own doctor probably doesn’t even take these studies seriously. That’s because, as any good physician will tell you, everything causes or cures cancer.

More Is The Mafia Responsible for Naples’ Skyrocketing Cancer Rate?

I don’t blame the researchers. Scientists almost never make these outrageous claims without shrouding them in cautionary academic language—like this, from the lead author of the coffee-melanoma study: “While our results, and some from other recent studies, may be encouraging to coffee drinkers, they do not indicate that individuals should alter their coffee intake.”

Physicians understand that. Journalists…not so much. As Time magazine wrote for its tantalizing headline, “This Drink Could Protect You From Skin Cancer.” Spoiler: Probably not.

Study: Most People Think Scientists Are Full Of It
Sunlight May Cause Skin Cancer Even Hours After You’ve Left The Beach
Can Camel Urine Cure Cancer? This YouTube Televangelist Says Yes