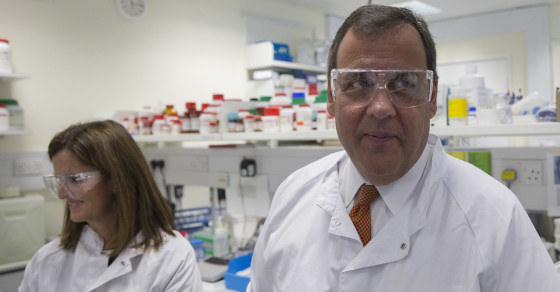 The One Number Chris Christie And All Anti-Vaxxers Should Hear

There have been 84,722 documented cases of measles, mumps, whooping cough and other vaccine-preventable diseases in North America since 2008, according to the Council on Foreign Relations.

In the midst of a measles outbreak that has spread across 14 states, some people are wondering if the government should enforce stricter vaccination mandates. After all, these diseases are potentially life-threatening, and pretty much all the anti-vaccination “studies” have been debunked as pseudoscience mumbo jumbo. On Sunday, President Obama “called the scientific rationale for using the vaccines ‘pretty indisputable.””

But Chris Christie, a potential 2016 presidential candidate, believes parents should have the right to choose. In a press conference Monday in England, the New Jersey governor told reporters that he understands if parents need to have a “choice in things.” He added, “So that’s the balance that the government has to decide.” Not surprisingly, plenty of folks are already pointing out that that’s terrible advice.

You can see a map of vaccine-preventable outbreaks here.