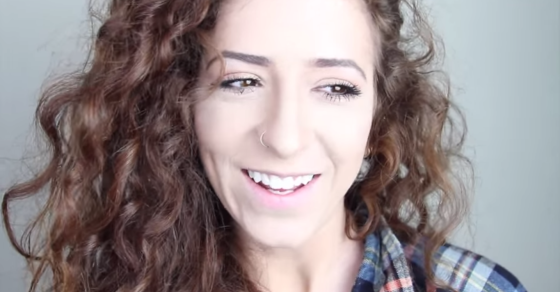 An online trend has convinced hundreds of teenage girls to post revealing photos of themselves on social media. The trend got a push when rising Youtube starlet Lindsay Demeola encouraged her followers to boost their self-confidence by posting pictures online, hashtagged with #bodypositive.

The burgeoning hashtag surged by several thousand tweets, many of them including pictures of teenage girls in their bathing suits and underwear. The intention of the movement is wholly positive–to foster a healthy sense of body image. However, the glut of images is raising eyebrows and posing questions about social media safety. Some have called the trend a “thirst trap,” while other critics expressed concern about the dangers of posting revealing pictures on the internet, especially for underage girls.

Demeola isn’t the only teen idol driving this trend. Last week, former Disney star Demi Lovato posted an Instagram photo of herself in a bikini along with the hashtags: #health, #acceptance and #selflove. Lovato’s message condemned the fixation on having a so-called “thigh gap” as a measure of beauty. The bikini selfie inspired even more young fans to post similar photos of themselves. So far, most comments on these images have been encouraging and supportive. The trend even inspired youth with severe health problems to post selfies to cast off any self-consciousness they felt over their illnesses.

It took a lot for me to do this, but it's #interationalwomensday & I deserve to feel good about myself #bodypositive pic.twitter.com/Mv22aRcgIU