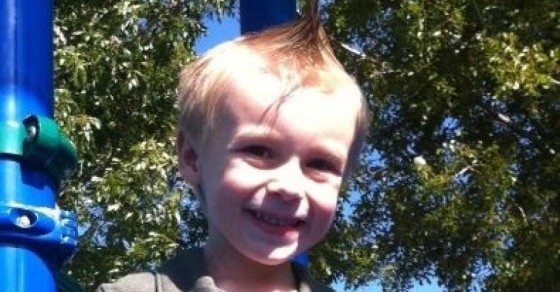 The Anti-Circumcision Movement Now Has A (Very Cute) Face 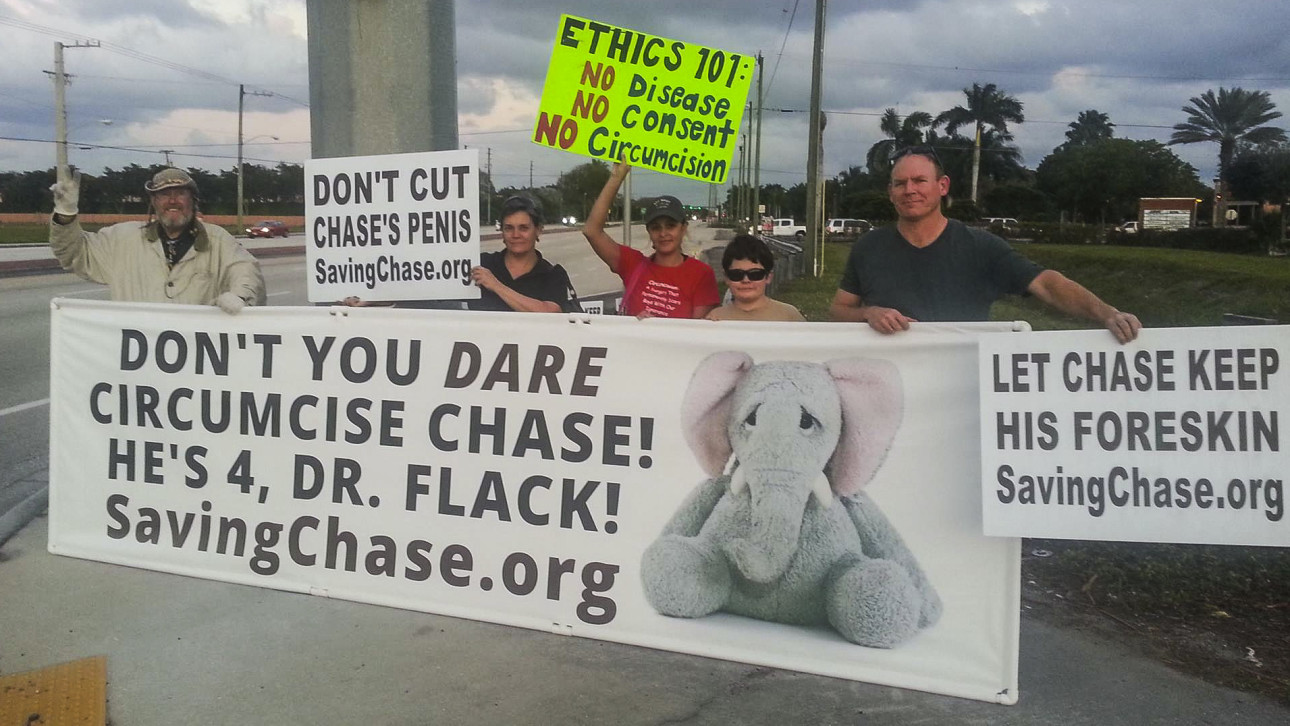 Amber Baxley has spent months fretting over the foreskin of a little boy she’s never met. The child in question, 4-year-old Chase, is at the center of a grueling, internationally reported court battle in Florida, where his estranged parents have fought for more than a year about whether he will get circumcised.

As legal options for the boy’s mother—who is opposed to the procedure—began to dwindle in November, Baxley helped initiate a very visible campaign to rally other like-minded supporters.

The South Carolina stay-at-home mom launched a Facebook group called Chase’s Guardians, which has amassed more than 8,000 followers. She’s worked to organize protests and disseminate Chase’s story across the Internet. The group has also raised more than $35,000 online to help Heather Hironimus pay for an attorney.

“We all feel like this is our son,” Baxley says. “We’re fighting tooth-and-nail against this abhorrent, disgusting decision.”

This fervor can be explained several ways. With tales of botched surgeries, traumatized children and subsequent diminished sexual pleasure, the anti-circumcision movement has, for years, attracted a passionate, outspoken following. But perhaps for the first time, it has found a veritable poster child for the cause—one whose cherubic appearance and seemingly helpless fate resonate with a wide spectrum of individuals.

Observers say that no single case involving the contested circumcision of a child has received as much publicity as Chase’s. Nor has one galvanized a greater number of self-proclaimed intactivists.

“Chase has attracted more interest worldwide, and garnered greater attention, than any case I’ve handled,” says attorney David Llewellyn. “The number of people who have chosen to protest have increased exponentially.”

He should know. Llewellyn, who has specialized in legal circumcision challenges for 20 years, points to one of his former cases that drew national attention. In 2006, courts intervened in a dispute in Illinois over whether a mother and her new husband could force the woman’s 9-year-old son to undergo the operation, against his will. In another widely reported feud—in which Llewellyn was not involved—the Oregon Supreme Court ruled that a 12-year-old boy could have a say in whether he should be circumcised.

Yet in both cases, and others like them, the parents, protestors and press all protected the identities of the boys involved—a privilege that has not been afforded to the 4-year-old in Florida.

The legal battle over Chase’s foreskin began when Hironimus refused to comply with a parenting plan that she had co-signed, in 2012, with the boy’s father, Dennis Nebus, which stipulated that the child be circumcised. Last May, Palm Beach County Circuit Court Judge Jeffrey Gillen ordered Hironimus to follow through with the plan, and the procedure. Given the private, sensitive nature of the case, the boy’s identity, though a matter of public record, remained undisclosed throughout the proceedings.

However, in an effort to “save” her son from circumcision, Hironimus launched an online fundraising campaign to fight the court’s decision; her GoFundMe page included Chase’s name and a picture of the adorable little boy.

Hironimus also made a direct appeal to other anti-circumcision proponents. “I am pleading with fellow intactivists, parents and all others to help me save my son, his foreskin, his rights and hopefully other children from allowing the ‘system’ to make these decisions,” she wrote, according to the New Times Broward-Palm Beach.

Since then, he has become a powerful force—as well as a tool for organizing and fundraising—energizing longtime activists, while bringing new ones into the fold. “This is a real life and a real little boy, not facts and figures,” says Georganne Chapin, head of Intact America, one of more than a dozen anti-circumcision groups that have united behind Chase. “He laughs, he talks, he tells jokes. And they want to tie him down and cut off part of his penis? It’s like something out of the third world.”

Indeed, the name and face of the little boy are a rallying cry for the movement. Using photos of Chase supplied by his mother—and sometimes language or images co-opted from the pro-choice and civil rights movements—activists have crafted anti-circumcision memes that have criss-crossed Twitter and Facebook. Protestors at events wave signs that read “Let Chase Keep His Foreskin,” and “Don’t Cut Chase’s Penis.” And hundreds of news articles and stories—including Vocativ’s coverage—have pictures of Chase and his mother, creating months of publicity for the movement.

Llewellyn and other observers are quick to point out additional factors behind the momentum. The proliferation of social media, they say, has helped bridge the vast, and sometimes disparate, network of anti-circumcision non-profits, legal groups and activists around the country.

And the cause itself has been fundamentally aided by the procedure’s declining popularity. The Centers for Disease Control and Prevention (CDC) found 58.3 percent of newborn boys received hospital circumcisions in 2010—down from 64.5 percent in 1979, and nearly 85 percent in 1965. Meanwhile, data compiled by MGMbill.org, an intactivist advocacy group, shows that circumcision rates for five states in 2012 all fell below 25 percent.

Regardless, the use of Chase’s name and image—even in his support—has drawn searing criticism in the courtroom and beyond. Attorneys for Nebus have accused Hironimus of exploiting the child to sway public opinion. In a recent hearing, Judge Gillen blasted her, claiming her continued relationship with anti-circumcision advocates constituted a “direct, contemptuous violation” of court orders.

“I hate to see this child made into a spectacle,” Gillen said in a separate hearing, a sentiment shared by some following the case from afar.

“Activist groups have made a circus of this poor child’s life,” wrote a woman named Elizabeth Santos in an online forum. “For the rest of his life he will be labeled as ‘the foreskin child’ whose mother has used and abused him.”

More Why Does God Kill So Many Children in Idaho?

Circumcision opponents dismiss such assessments. “If Heather succeeds, it’s going to be because she decided to not keep her child anonymous,” Chapin says.

Success, however, seems less and less likely. Hironimus and Chase have been staying in an undisclosed domestic violence center since Feb. 23, as supporters and Hironimus’ lawyer continue to request that the boy receive an independent guardian to speak on his behalf in court. After Hironimus refused to appear in court last week, Judge Gillen signed a warrant for her arrest—a move that triggered another round of international headlines.

As for Chase himself, we don’t know what he thinks of his newfound fame. For all this talk of choice and consent, a 4-year-old has been canonized as the face of a movement that no one’s sure he is even aware of.