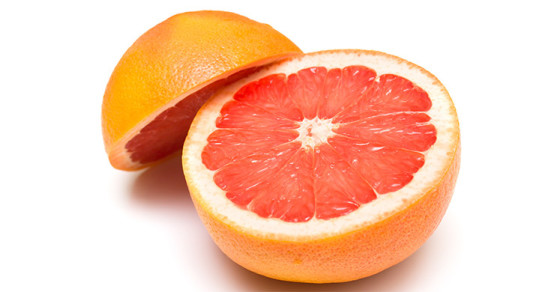 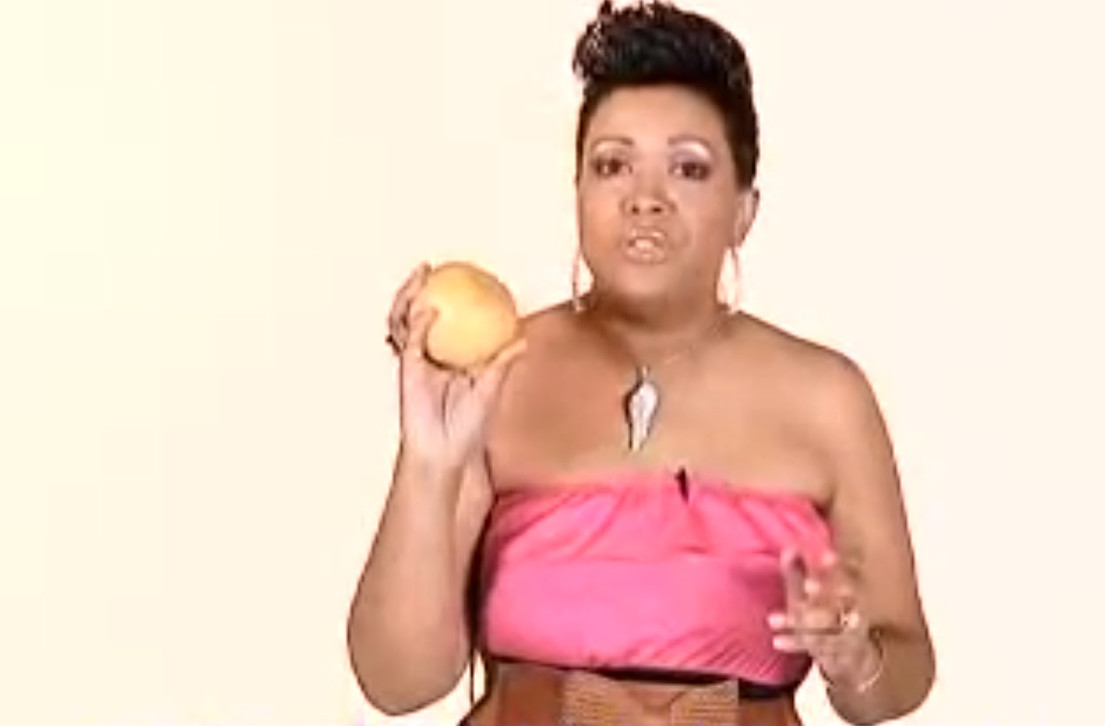 On May 8th of this year, popular urban culture and shock video website World Star Hip-Hop posted a video titled “Back At It: Auntie Angel Shows Ladies A Wild Grapefruit Technique To Service A D*ck!“, which has, at the time of this writing garnered 3,805,084 views (3,805,085, if you count me). It’s pretty straightforward: a woman stands behind a table with a knife, a plate, a grapefruit and a dildo. She explains that normally, you can only learn this technique in one of her classes but that, in her opinion, every man deserves to get grapefruited. “When you grapefruit your man, it’s gonna feel like your fuckin’ him and suckin’ his dick at the same time.”

The tutorial goes on pretty much how you’d expect—she slices out a piece of grapefruit and puts a hole in the middle—until she gives the demonstration of her technique. Let’s just say the loudness of her performance is truly shocking (totally NSFW unless you work at Vocativ, apparently). A few sample comments from WSHH: “lol she sounds like a vacuum”; “LMFAO…. hell naw that sound though..Lol..”; “She sounds like a Tasmanian Devil.”

I guess the first, obvious question is: Where did you come up with the idea to use a grapefruit?

What if you have a citrus allergy? Are there any other fruits or vegetables you’ve tried that can substitute?

A lot of people have tried stuff and told me about it, but I haven’t. Some people say mango, but it has that huge seed in it. And the thing about the grapefruit: it actually perfectly mimics the lining of a lady’s vagina. So that’s actually the closest feeling you’re going to get. I mean, anything wet and slippery will feel good, of course. But with those ridges in it, a grapefruit has the same sensation.

Any great success stories or, conversely, complaints? I was curious about the citric acid potentially burning.

But I’ve had a lot of success stories. I’ve had some women who say they’ve gotten new cars and shopping sprees just from grapefruiting their guys. You know, it’s a feeling that a man will never, ever forget for the rest of his life. I don’t care about the best sex he’s ever had; there’s something about that grapefruit that is just an amazing thing. I can say, if you can call it a complaint, that a lady told me her man passed away from giving head. So I always say, “Suck at your own risk.”

(Laughs.) Yeah, you know it’s a lot of fun to just open up and do something adventurous! Get past the regular, boring, everyday sex.

I saw that you’ve been branding “I’ve been Grapefruited” T-shirts. How has your business changed since Internet fame?

Actually, last year I released part of a DVD with all the techniques I have, which are over 50. It’s gotten a great response and I’ve been on a few shows since then. But the grapefruit did kinda brand me as “the grapefruit lady,” which I guess is because it’s something that people haven’t really seen before. I’ve actually been approached to do a reality show. There’s a whole trend on Instagram, Facebook and Twitter of people acting out grapefruiting or taking pictures with a grapefruit or taking pictures after getting grapefruited. I’ve seen people post pictures of signs saying, “We’re sold out of grapefruits,” so they had to go somewhere else. It’s hilarious, but you know, I feel like I’ve really made a stamp in social media.

So, I have to say, when I watched the video for the first time, I was surprised by the noise that you made during your performance. Is that a necessary byproduct of doing it well?

(Laughs again.) The sound effects! Well, when I teach a class, I tell my women to do things that they would not usually do. We as women really get stuck in a box where we over-think—about ourselves, about our sex lives. So everything is usually softer or more muted, but never anything over the top. I like extreme. I want to be unforgettable. And I tell women, “When you do it, if you do it right, that sound effect is going to get his attention.” Because he’s never experienced that before. That’s what you want: the wow factor. You always want to be better than the last chick.

Do you have any top tips for keeping couples happy?

Yes. It’s the norm you’ve always heard: communication. But I tell people you have to take it a step further. I say, “What’s good for Henry is not good for Bob; what’s good for Sally is not good for Sue.” We tend to do what we know and we just do it over and over again. But even if a relationship started off that way, five years from now you’re a totally different person and your sexual needs probably are different. You might need more, you might need less, but you can’t expect your partner to know that. They aren’t telepathic. You need to communicate. And even if you have a freaky fetish, you can do baby steps to get there. It’s all about communication at the beginning, middle and end.

What sets you apart from other sex seminars?

My approach on how I teach. A lot of people just show, but everything I do is hands-on. The ladies in my class, if they don’t know how to do something, I make them understand his anatomy, which empowers you, lets you understand what he’s feeling when you do a particular technique. I also teach a basic blow job where he will have an orgasm in five minutes or less and her mouth will never get tired. These are all techniques I designed for that purpose: she’s happy because she doesn’t have to work so hard, and he’s happy for obvious reasons. Everyone wins. I also bring a lot of comedy into my classes. Some teachers are so clinical, but I try to stay entertaining.

What got you into the world of sex advice in the first place?

Do you have anything in the works? It seems like you’re very busy.

Absolutely. I have an app that i’m working on right now, but I don’t have a release date yet. And as you mentioned, I’ve got the T-shirts. I’m working on my second book, The Power of the Dick. And I have a second DVD in the works. Who knows, the sky’s the limit!

Is there any one freebee technique you’d like to throw out that’s maybe a little outside the box?

Yes! One of my favorite techniques I call “mouth watering good.” I tell a lot of women that this is one of the most important parts of oral sex because it teaches your mouth how to get extremely wet. It comes with that gagging sound and all that, but all you have to do is take his penis and stick it as far back into the back of your throat as possible until you gag. When you gag, your eyes tear up and your mouth waters, and that’s what you want.

Now a lot of women don’t like to gag because they don’t like the sensation and they feel they might throw up. But rule No. 1: Never suck on a full stomach—you have less of a chance of throwing up. Rule No. 2: You only gag a couple times and then you slide your hand up the shaft and you give a basic blow job. That way you control the dick, you don’t let the dick control you. Once you get going, your mouth will stay wet. As I always say, the wetter, the better.

As a side note, the friend who sent me this video has made that slurping sound her ring tone. I invite everyone else to do the same.