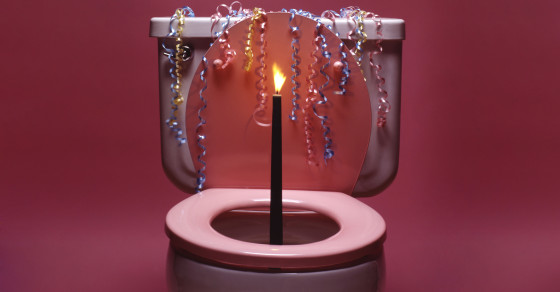 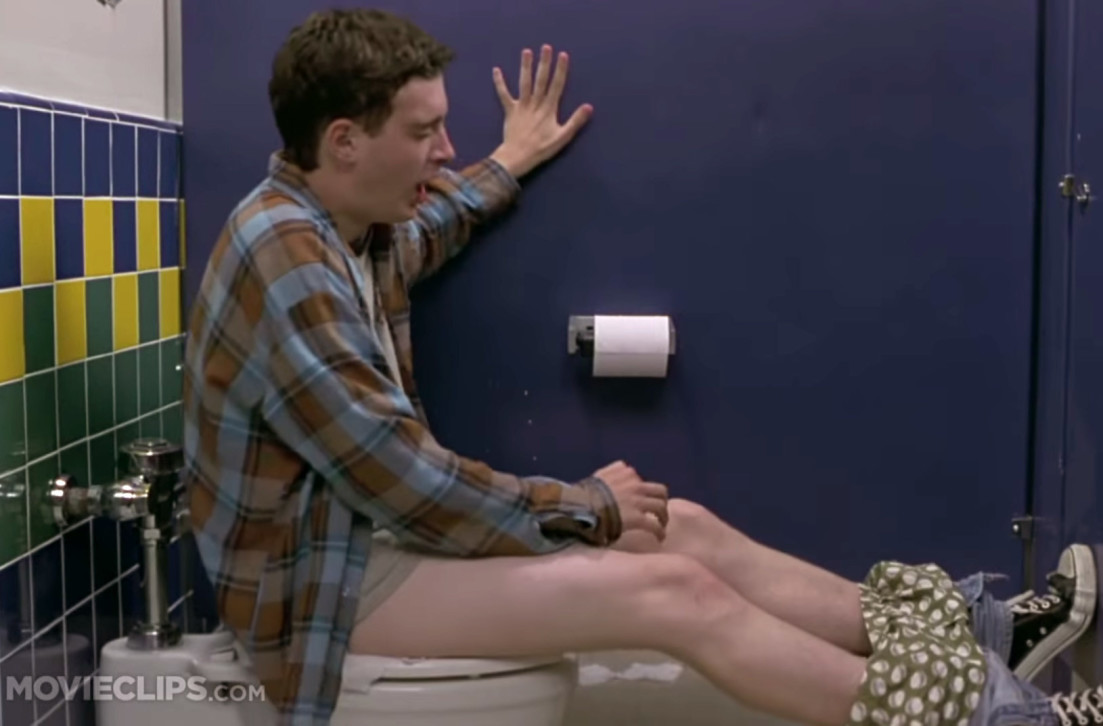 There have likely been many times in your life when you have found yourself kneeling in front of a toilet, but today you should do it deliberately. It’s time to get on your knees and give thanks to the porcelain wonder that has improved your life in so many ways. Today is World Toilet Day.

Originally founded back in 2001 by the World Toilet Organization and officially recognized by the United Nations last year, Word Toilet Day (Nov. 19) is a day to honor the genius that is the toilet and to make a commitment to bringing the power of the flush to those in need. Here at Vocativ, we frickin’ love toilets—and we wanted to pay proper homage to what is arguably our favorite household appliance. (Well, we also have a deep love for the refrigerator.) While we were flush with ideas, we decided that the best way to do this was to highlight the best toilet cameos in movies over the past several decades. Here are 13 scenes that we loved so much, we lost our shit.

Sorry, Melissa—we want to look away, but we just can’t. There is no doubt that this iconic scene locked in the Oscar nominations for both Kristen Wiig and Melissa McCarthy back in 2011. If only the Academy didn’t have a giant stick up its ass.

With one simple warning, Harry’s fate was sealed. “I hope you aren’t using the toilet. It’s broken.”

The infamous “Battleshits” scene broke teenage boys’ hearts everywhere when it debunked the myth that hot girls don’t go to the bathroom.

There is nothing quite like a good fight scene in a bathroom.

Stabbed in a toilet stall—that’s a bad way to go. Sorry, Omar.

Throughout the years, Ewan McGregor has played a lot of great roles, but his portrayal of Renton in Trainspotting and his discovery of the “worst toilet/bog in Scotland” might be the most memorable.

Hey, remember when Isla Fisher’s character went crazy in Wedding Crashers when all Vince Vaughn’s wanted to do was sit on the can? We did.

There’s Something About Mary, 1998

“I got it stuck.” There is nothing else that needs to be said.

While sitting on a toilet, a guy gets eaten by a Tyrannosaurus rex. That’s phenomenal.

This scene took Danny Glover’s catch phrase, “I’m too old for this shit,” to a whole new level and brought us one of the only worthwhile Mel Gibson quotes: “Guys like you don’t die on toilets.”

Steve-O gets slingshotted into the air while inside a port-a-potty. Obviously we put the “Poo Cocktail Supreme” on the list.

There is something so endearing about watching Channing Tatum and Jonah Hill shove their fingers down each other’s throats.