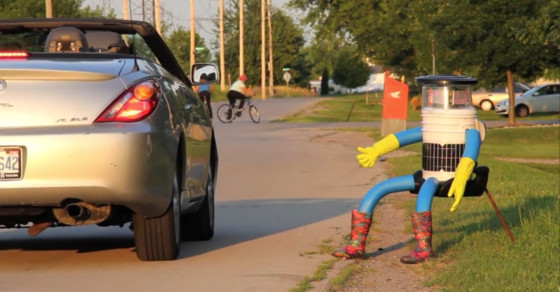 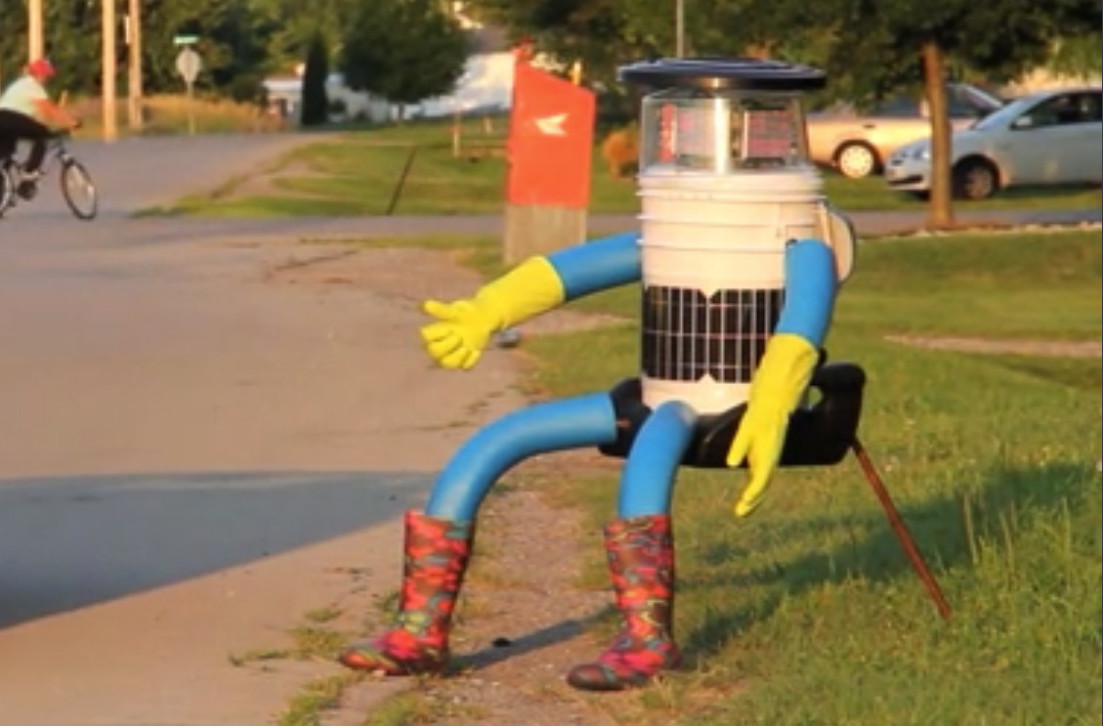 A few Canadian researchers recently wanted to probe the ever-evolving interactions between technology and people. They figured the best way to do this was by building a virtually helpless (albeit adorable) robot and forcing it to hitchhike across the entire country alone. They call him hitchBOT.

Fashioned from a plastic bucket, a few pool noodles and a computerized brain stuffed inside a see-through cake saver, the intrepid traveler has zero mobility and is unable to fetch beer cans (let alone open them) or perform other cool robot tricks. But he supposedly can quote from Wikipedia incessantly and track his trip with built-in GPS and Wi-Fi. Dude’s even on Facebook, Twitter and Instagram, where a growing number of Canadians are following his every move.

Despite his limited faculties, his creators insist that he’s down to party and ready for whatever antics—or good times—his fellow countrymen might have in store.

“Our best-case scenario for this bot is that it has more, rather than less, rides and that it actually gets out and about to see some of Canada along its way,” says David Harris Smith, an assistant professor at Hamilton’s McMaster University.

To commence the journey, hitchBOT’s handlers dumped the child-size traveler on Sunday at the side of a highway near Halifax, Nova Scotia. It didn’t take long for the automaton, who is as big as a 6-year-old, to bum its first ride. A kind couple gave the little guy a lift to Kouchibouguac National Park in New Brunswick. From there, three supremely stoked Canadian bros planned to take hitchBOT with them all the way to Quebec.

The Hitchbot is getting a ride to Quebec with 3 guys from Halifax passing through #Kouchibouguac #HITcHbot https://t.co/IOrFfxLMX3 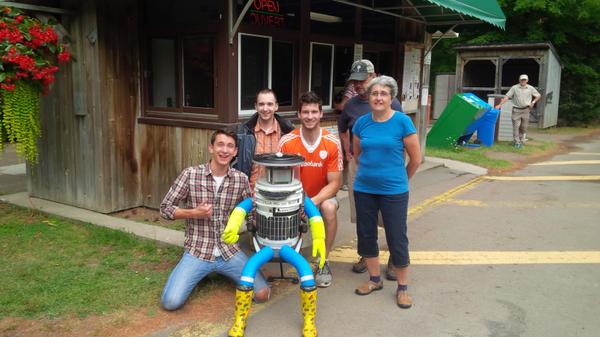 So far, so good. But the wayfaring robot is entirely dependent on—and at the mercy of—strangers to get him to his final destination: Victoria, British Columbia, over 3,700 miles away. He can’t even recharge his batteries by himself. Those who pick him up will need to plug hitchBOT into their cigarette lighters when he runs low on juice.

That vulnerability is all part of the experiment, according to his creators.

“We want to take the question that we usually ask—which is, ‘Can we trust robots?’ —flip it around and ask, ‘Really, can robots trust human beings?”‘ says hitchBOT’s co-creator Frauke Zeller, an assistant professor at Ryerson University in Toronto.

Since this is Canada and not the United States, we’re less worried that hitchBOT will end up hacked to pieces and scattered in the woods somewhere. But he may have to endure endless hours of Rush mixtapes.