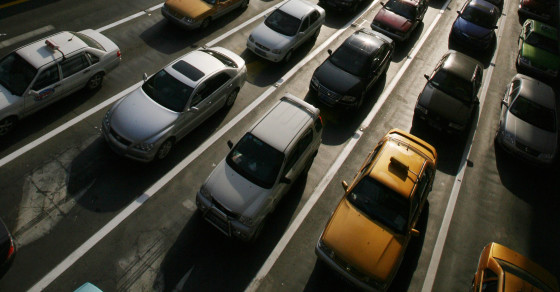 The Six States With More Cars Than People
By Sarah Kaufman

The Six States With More Cars Than People

There are six states with more cars than there are people: Montana, Wyoming, North Dakota, South Dakota, Nebraska and Alaska.

More than 250 million vehicles were registered in the United States in 2009, the latest year for which data is available. That’s more than double the amount of registered vehicles on the road in 1970, according to the U.S. department of transportation.

Wyoming had the highest number of registered car per resident at 1.21. Nevada was the lowest at 0.54 cars per resident. Other states with low car ownership were New York, North Carolina and Washington DC.