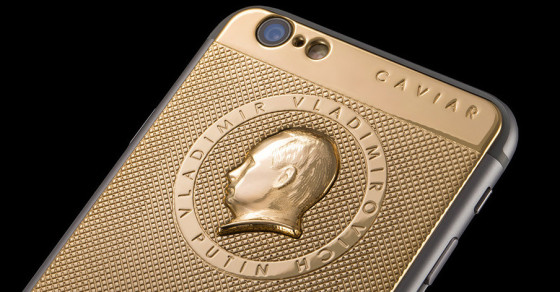 People Are Buying the “Putinphone” for Thousands of Dollars 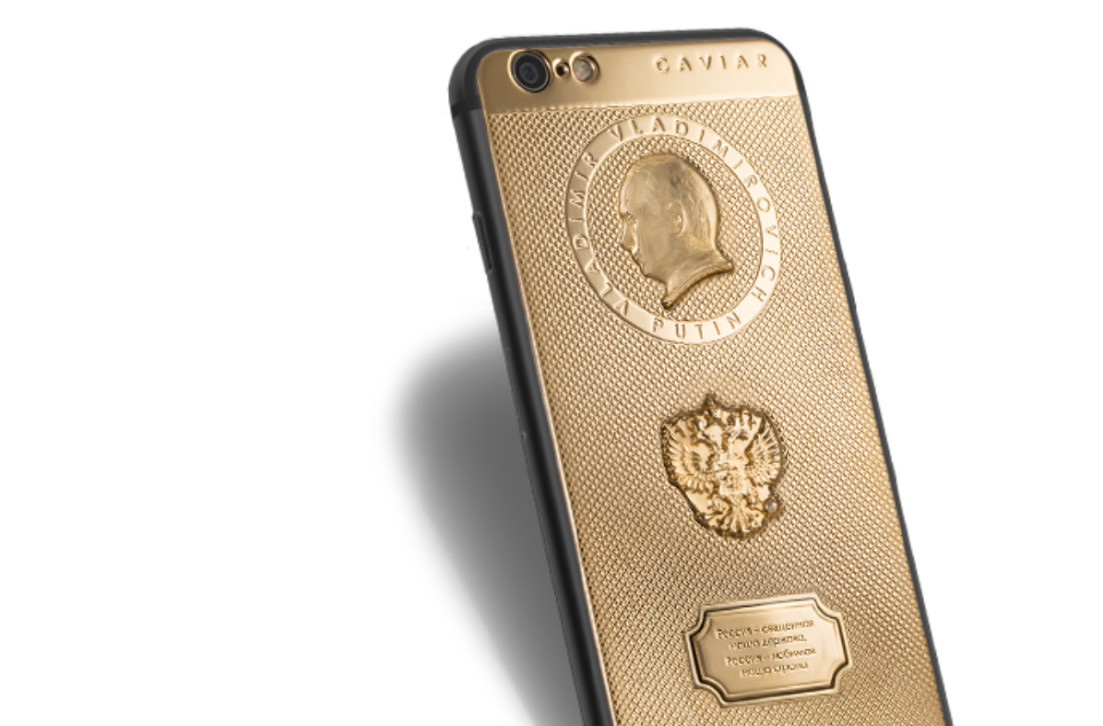 Do you have $3,600 to spend and want to be the coolest kid around? Then snatch yourself up a limited-edition “Putinphone.” Available in your choice of titanium or gold, this conversation-starting version of the popular iPhone 6 comes complete with detailed engravings of Russian President Vladimir Putin’s handsome, powerful face.

The Italian boutique brand Caviar released a stunning collection of Putinphones out of the iPhone 5 in June, each one a reasonable $4,350. Naturally, all 144 of the treasurable items sold in a few days. Now the luxury jeweler was going to make 299 gold and titanium phones for a second collection based on the iPhone 6 and iPhone 6 Plus. However, on Monday, Putin’s press secretary, Dmitry Peskov, was all like please don’t use Putin’s face on any commercial thing. Not to mention, Putin probably especially doesn’t want his features on an iPhone, an object that many Russians seem to think has homosexual meaning ever since Apple CEO Tim Cook came out as gay.

So now the Putinphones are even more limited, and it’s your last chance to buy in.

“After learning about the president’s discontent with the use of his portrait, we immediately ceased the production of the Caviar Supremo Putin II [Putinphone],” Caviar’s press secretary, Anna Lobova, told Russian publication Izvestia. “Though we planned to manufacture 299 items, there will be no more phones made and those already produced will be the only ones.”

Putinphone is not your ordinary iPhone. Putinphone makes you hot enough to annex a whole other country’s territory. Putinphone makes a statement that says, “I passed a law banning homosexual propaganda, and I don’t care. Look at this phone. Does it look like I care? Well, I don’t.” Putinphone even makes you sexy enough to cover the Chinese first lady’s shoulders with a warm, wool shawl.

Putinphone. It’s the only choice.