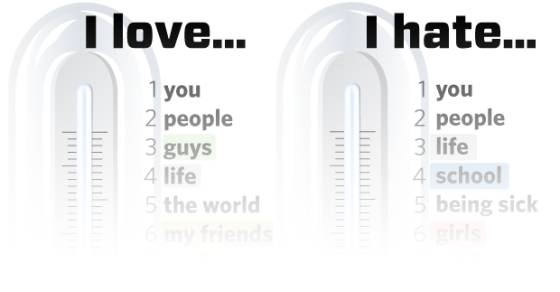 What Do People Love And Hate On Twitter In 2015?
By Molly Fitzpatrick

What Do People Love And Hate On Twitter In 2015? 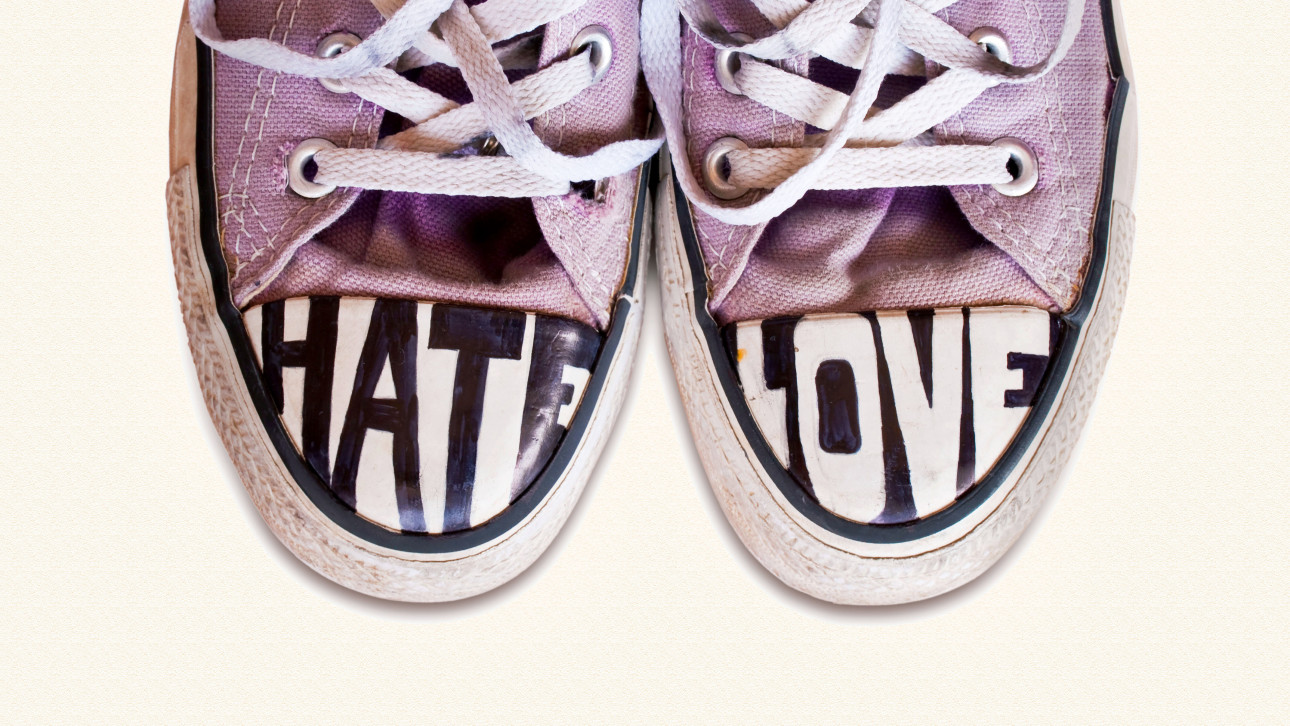 Believe it or not, we’re already three weeks into 2015—which is to say, we’re somehow only three weeks into 2015. How’s the new year holding up? We turned to Twitter to find out what’s made it great so far, as well as what’s made it awful. We searched every tweet since Jan. 1 for the phrases “I love” and “I hate” in all their myriad permutations—which popped up in more than 13 million posts per week.

Here are the top 20 most common results for each category.

A total of 11 entries appear on both lists: “you,” “people,” “guys,” “girls,” “my friends,” “life,” “work,” “being home,” “school,” “money” and “morning.” That’s right—more than half of the things we love the most also number among the things we hate the most, and vice versa. People are weird.

Note on methodology: In aggregating our overall rankings, we included tweets that used a variety of possessive pronouns—”my family,” “this family,” “our family”—but for readability, we’ve provided only the most relevant example here. Similarly, to keep it simple, we culled nonessential adjectives, demonstratives and clauses like “you people” or “people who,” and “going to work” or “being at work.”