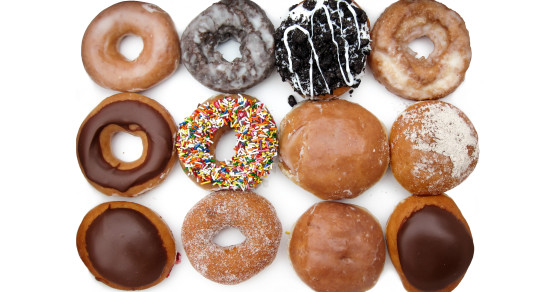 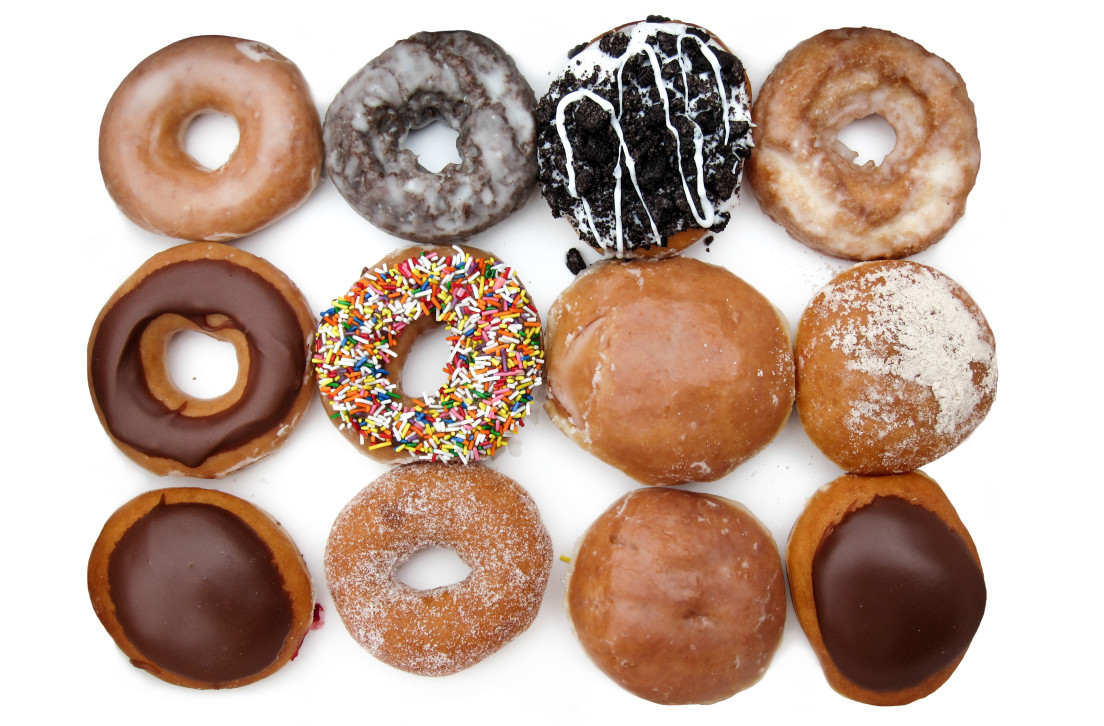 Hey, you! Spit out that bagel! What the hell are you thinking, you monster. Didn’t you know that today, June 6, is D-Day? Yes, National Doughnut Day is that special day of the year where Americans gather to eat doughnuts—exactly like the other 364 days of the year, only today we skip our insulin injections. If you think honoring fried dough on the same day as we honor war vets is disrespectful, you’re frankly being un-American. Bear in mind that this D-Day is the original D-Day, created in 1938 to honor soldiers, using doughnuts. From SFGate.com:

“National Doughnut Day is actually a patriotic remembrance of the time in World War I when Salvation Army volunteers handed out doughnuts on the front lines to soldiers.”

Doughnuts were then used as a morale-booster for troops in subsequent wars, with Red Cross “donut dollies” handing out free doughnuts to the troops.

Apart from being an edible form of patriotism, the doughnut, for those of you who don’t know, is a circular confectionary treat made of deep-fried dough, often accentuated with glaze, icing or jelly. It is also known to be delicious. In celebration of the original D-Day, we here at Vocativ are giving you, free of charge, a definitive list of doughnuts, ranked in order of quality from “No, thanks, I probably shouldn’t” all the way to, “Yeah, sure, I guess, why not?”

Pros: It’s like eating an apple pie but as a doughnut.

Cons: It’s like eating an apple pie but as a doughnut. Too much going on.

Pros: OK, all candor, I [John] haven’t had it. We weren’t going to put it on the list. But this sounds so decadent. Haagen-Dazs does dulce de leche so well, but we’re not sure about Dunkin’.

Cons: It’s a doughnut filled with caramel cream. Think about it. Is that like, the caramel you put on ice cream? Gross.

Pros: Frosted doughnuts are great, and if you want to at least pretend to eat healthy, you could do worse than a strawberry frosted. That’s like fruit. Vanilla grows on trees, so that’s, well, we’re stretching now.

Cons: These two frosted also-rans mostly exist to demonstrate how much better chocolate frosted is.

Pros: A pretty solid contender, dusted doughnuts are the pastry of choice for police chiefs. Presumably, they help you with your detective skills. Also, unlike jelly doughnuts, you can dunk these in your coffee without getting committed.

Cons: You will get sugar everywhere. Hands. Desk. Up your nose. Everywhere.

Pros: Cake doughnuts are secretly great, and the chocolate glazed is the best of them. Also, they’re surprisingly filling.

Cons: The chocolate glazed can be tough to wolf down with a drink in hand, so be careful.

Pros: It’s all about the poetry of “the beautiful juxtaposition of chocolate glaze and rich vanilla custard,” says Vocativ Managing Editor Markham Nolan.

Cons: Sometimes you get a terrible custard-to-dough ratio, and that’s bad.

Pros: Duh, it’s like a doughnut with maple icing on it. It’s not rocket science.

Cons: Kinda gets you thinking: Wait, why didn’t I just have a pancake? Or waffles? Doughnuts shouldn’t instill doubt.

Pros: Are you a stoned 22-year-old? If so, this is the doughnut for you. It’s like an inside-out cupcake with icing on the inside.

Cons: As anyone familiar with the foie gras phenomenon knows, some foods are so deliciously rich that you just can’t eat to much of them. This doughnut will make you know shame.

Pros: That little bit of chocolate cream hanging outside the doughnut.

Cons: Trying to not look ridiculous while eating that little bit of cream on the outside.

Pros: A classic. You can never go wrong with a chocolate frosted. The safe choice, like an old friend. Always a treat to revisit.

Cons: Sometimes you can play it too safe, you know? Life is for the living and there are other doughnuts to savor.

Pros: Perfect sugary outside, delicious jelly inside. A phenomenal mix of sweet and savory.

Cons: Looking down to see you got some jelly on your shirt. Also, sometimes the jelly isn’t the flavor you expected.

Pros: This is it. This is the one you start with. The rock. This is the Saint Peter of doughnuts. Simple. Ubiquitous. Perfect.