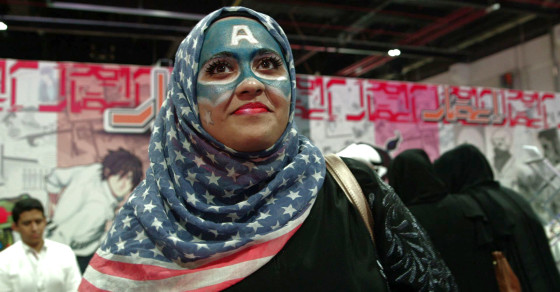 How Did the Middle East’s Comic Con Strike a Blow for Feminism?
By Edward Christiansen

How Did the Middle East’s Comic Con Strike a Blow for Feminism? 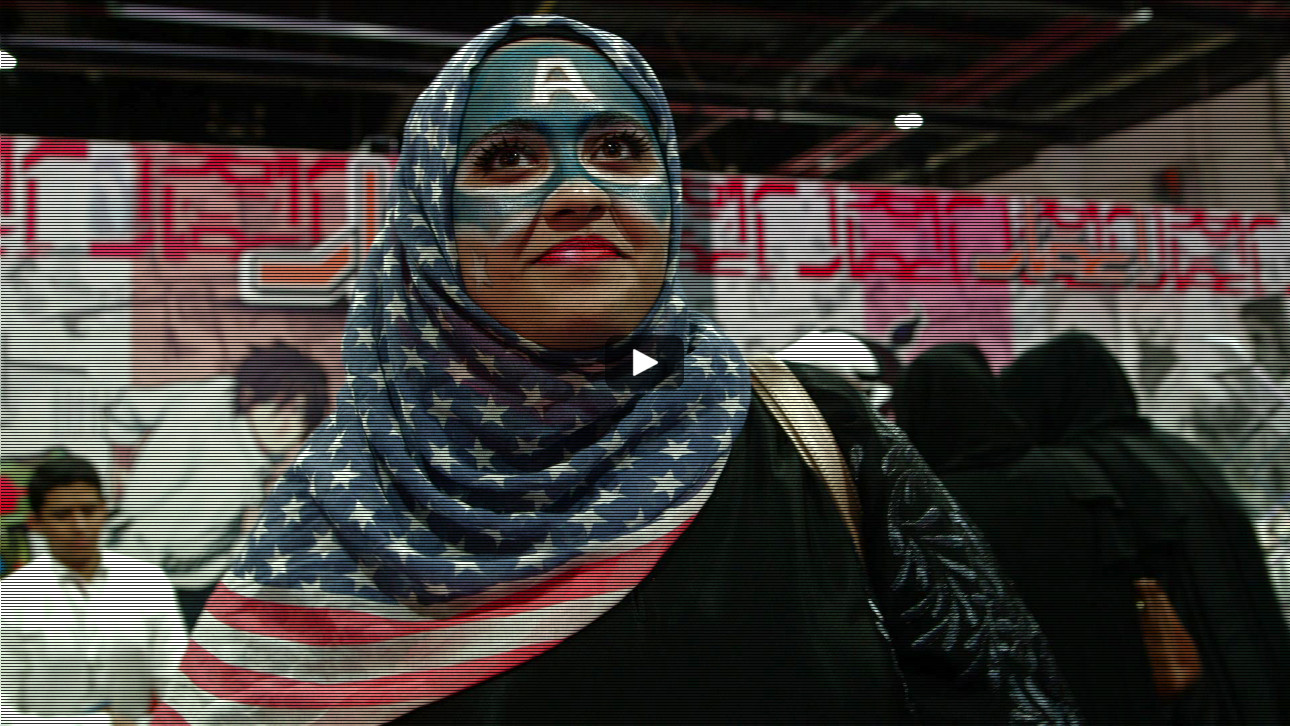 Comic book aficionados attend Comic Cons around the world each year donning head-to-toe superhero ensembles as a performance art the community refers to as “cosplay.” And while male attendees tend to arrive in capes and armor, female participants often show up in skimpy costumes—since female characters in comics are typically depicted in risqué attire. In a collision of gender and culture, this is also true of the Middle East Film and Comic Con held annually in Dubai, where hijabs and skintight catsuits share the stage. In fact, women, regardless of how they’re dressed, are the majority presence at the Middle East Comic Con.

Middle Eastern culture, especially for women, places an emphasis on modesty. But at Dubai’s Comic Con, participants are given somewhat of a hall pass when it comes to cosplay. At this year’s convention, women were dressed in everything from Captain America-inspired headscarves to shiny spandex hot pants.

As part of our collaboration with MSNBC, Vocativ attended the Middle East Film and Comic Con and spoke to a few of these cosplayers. One woman, sporting a slightly revealing jumpsuit, tells us she’d been scolded for showing too much skin. “[They said] ‘What are you wearing?’ I’m like, you know what? I’m free to wear whatever I want to wear.” Still, some women prefer to uphold the culture’s more reserved clothing traditions. “Here we’re kind of a conservative country,” a woman in a sparkly hijab tells us. “We can’t really cosplay all characters, you know, some will be revealing. Too revealing.”

To appeal to the increased number of Muslim women interested in comic book culture and cosplay, Marvel Comics recently introduced a new superheroine to its collection—Ms. Marvel, a Pakistani teenager living in New Jersey. “We have a Muslim editor, she always felt that a lot of the books, while she was fans of them, didn’t really reflect her world,” C.B. Cebulski, the vice president of Marvel Comics, shares with us. “She had been pushing for a while to come up with a book that reflected her views and the views of Muslims around the world.”

Despite Marvel’s best efforts, some women believe that Ms. Marvel could use a wardrobe change to truly mirror the Muslim culture. “It’s not even accurate stuff,” says one of the women at the Middle East Film and Comic Con. “They draw a Muslim woman with a hijab and then her arms are all bare—like what the heck is that? When someone does [a Muslim character] and it’s not accurate, or they just do it to attract audiences, it’s pretty shitty.”

The Middle East Film and Comic Con has been held in Dubai since 2012.