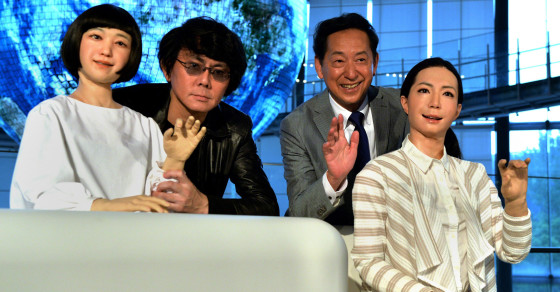 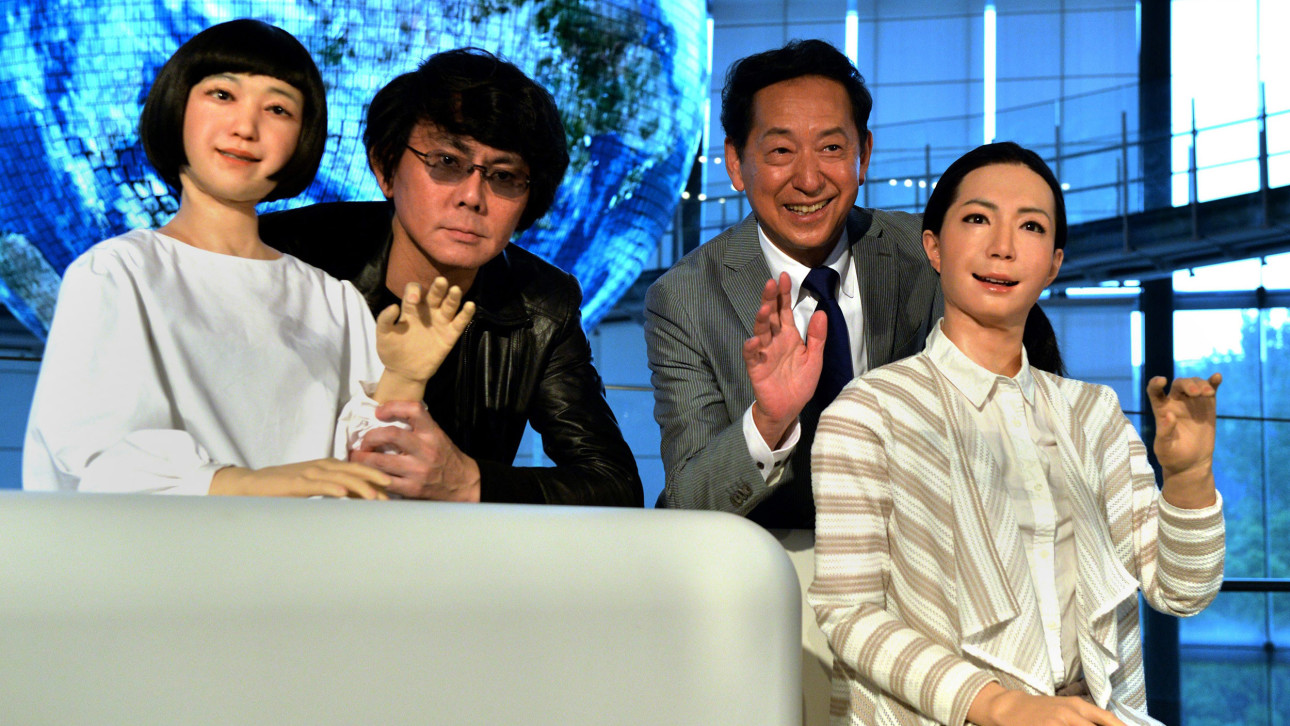 Their porcelain skin may be made from silicon, but Japan’s latest robot creations look eerily similar to real women. Robotics expert Hiroshi Ishiguro unveiled the new female robots on Tuesday to be used as tour guides at Tokyo’s National Museum of Emerging Science and Innovation. The human-looking machines can blink their eyes, twitch their eyebrows and even sway their heads from side to side. They are also well-spoken and can converse in a variety of languages and voices, almost seamlessly. In a demonstration for reporters, a bot called Kodomoroid (from the Japanese word kodomo, meaning “child”) delivered news of an earthquake and an FBI raid without missing a beat.

“Making androids is about exploring what it means to be human,” Ishiguro told reporters, “examining the question of what is emotion, what is awareness, what is thinking.” The Osaka University scientist and his team plan to use the fembots to collect information for their studies on human reactions to machines.

Ishiguro introduces his new female android named Otonaroid to the media at Tokyo's National Museum of Emerging Science and Technology.

Kodomoroid and her friend Otonaroid (from the Japanese word otona, meaning “adult”) will be put on display at the Tokyo museum today, though there are still a few issues to be fixed. The articulate androids don’t always respond when spoken to, which has been passed off as a technological glitch, rather than plain robot rudeness.

Former astronaut Mamoru Mori and Otonaroid wave to the cameras.

At the unveiling, Ishiguro said Japan leads the world in companion robots, though the United States is still ahead as far as intelligent technology for use in military settings. Just two weeks ago, the Japanese phone company Softbank unveiled a robot that can sense human emotions by recognizing facial expressions and vocal tones. Called Pepper, the droid looks like a character from The Jetsons and will be available to consumers for a mere $2,000. Designed to be a robo-friend for the elderly and the lonely, Pepper also dances and tells jokes.

Mamoru Mori gives Otonaroid a document to read as part of the demonstration for the media.

Being such a rock star in the world of robotics, Ishiguro even has a humanoid version of himself, which he sends to give lectures around the world in his place. “It cuts down on my business trips,” he said at the demonstration. “Technical advances mean robots look and act more human, and that makes us think about our worth.”