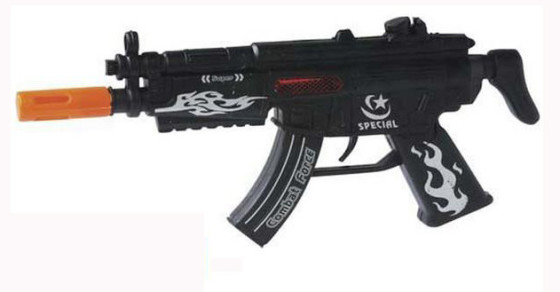 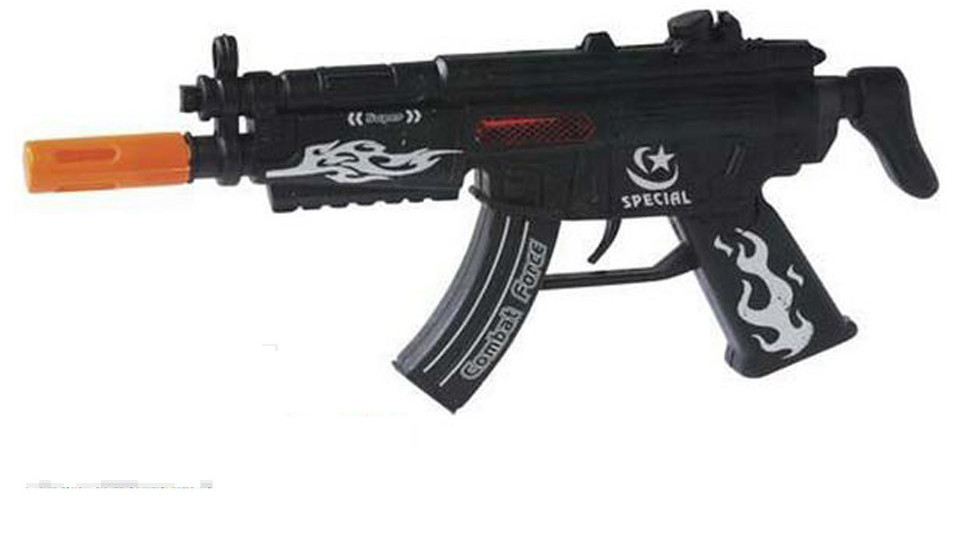 Christmas is less than 100 days away, so why not start shopping now and buy the kids on your list the hottest new toy of the season, a plastic AK-47 inscribed with Islamic iconography?

A supermarket chain in France—Europe’s ban-the-burqa homeland—was selling the toy gun until this weekend. It came embossed with a raised star and crescent mark, important symbols of Islam and the Muslim community. A symbol of fire and text that reads “combat force” appeared along the gun’s handle and magazine.

The toy first appeared in the Sept. 4 issue of the French department store Auchan’s weekly catalogue, bizarrely marketed as a “cowboy gun.” The gun was featured on a page of toys for 1 euro each that also included My Little Ponies, Disney princess mugs and plastic cars. French Muslim news site Al Kanz posted an article about the questionable intentions of the toy on Monday, asking its readers to have an open debate about whether it should be removed. Some tweeted their anger:

"What do the star and crescent mean on this toy from #Auchan?"

Some compared the anti-Islamic toy with the anti-Semitic kids clothing recently pulled from shelves by Zara amid a “misunderstanding.”

"Combo: Dress your kid in the Zara pajamas with the Jewish star and offer him the gun of an Islamist."

"Play 'The Holy War' at 3, using a machine gun from Auchan." 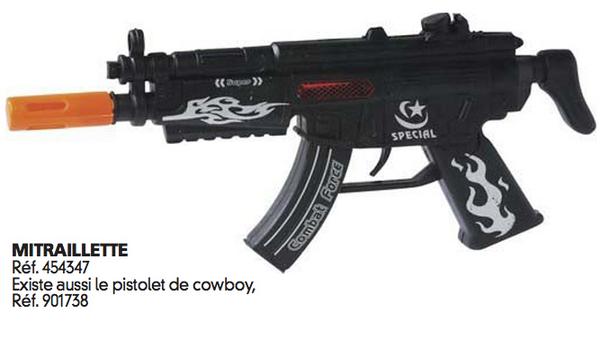 Al Kanz said the toy looked like a Kalashnikov and might have been copied directly from a gun used by a Muslim country’s army. Auchan took the toy off its website later on Monday and made it unavailable in stores. The store told the French publication Le Nouvel Observateur that it had pulled the toy and was sorry if some were offended by the use of the symbol.

There’s no parallel discussion of the simple notion that you shouldn’t give kids guns, period, and surprisingly no one defending this along traditionalist lines. After all, playing “Cowboys and Indians” was never very politically correct, so why should modern generations be prevented from playing “Infidels and Jihadis”?

As for the Russians, they still haven’t discontinued the sale of their plastic Kalashnikov shipment. Russian parents who want to arm their kids like a Chechen rebel can order the toy off the website of a Russian company called Larry’s Toys for 57 rubles, or just over $1.