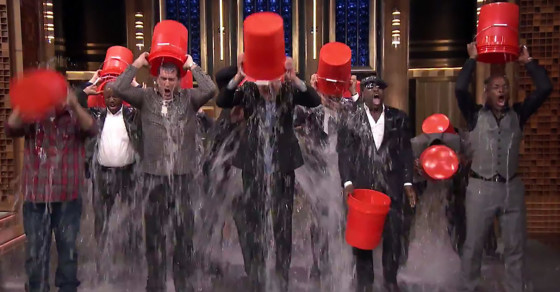 Here’s the Thing About That ALS Ice Bucket Challenge 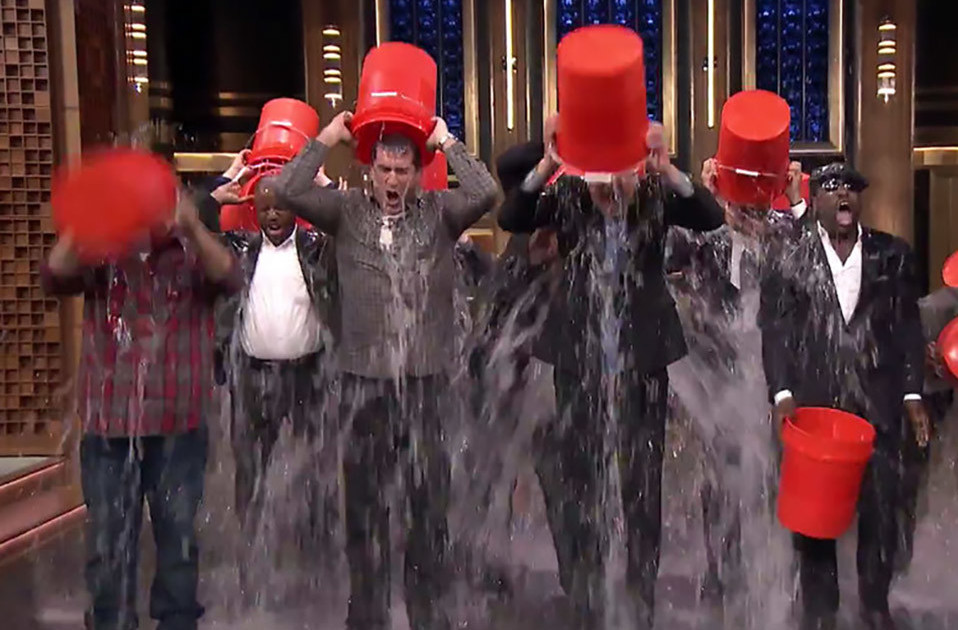 When you take old-fashioned peer pressure and the irresistible appeal of chain letters and add the Internet, you wind up with things like the neknomination craze, where people challenge one another to drink idiotic amounts of alcohol on social media for no particular reason—then die. You also get things like the arguably altruistic ALS Ice Bucket Challenge, which currently has people all over the country dumping buckets of ice water over their heads for, y’know, charity. Wow! Such brave! Many cold! So generosity!

It’s almost impossible to avoid at this point, with Jimmy Fallon, Justin Timberlake and several red carpets’ worth of stars getting in on the sweet bucket action this week, and the normals following suit in droves on Facebook and Twitter.

The concept is simple: You video yourself dumping a bucket of ice water over yourself, then publicly challenge a friend to do the same, or donate to ALSA.org, an organization that combats amyotrophic lateral sclerosis, also known as Lou Gehrig’s disease. You’re either raising awareness or money.

The faddish chain letter stunt is certainly having some positive effects. The ALSA reports that donations are up $2.8 million over the same period last year. That’s great—ALS is a horrendous disease for which there is no cure. People should be aware of it, and maybe the #IceBucketChallenge will help with that for a while. But as some online cynics have pointed out, this insanely successful campaign isn’t exactly fueled by pure altruism. For starters, the majority of people taking the challenge are dumping ice on themselves instead of donating. Many of the damp, frigid do-gooders don’t give a penny to ALS, but they still come off looking like good Samaritans because they’re risking a chill for a cause. Of course, if ALS awareness is truly the goal here, so what? Fair enough.

On the other hand, if you quietly donate $50 to an ALS-related charity and don’t post anything to social media about it, like Jesus would do, how do your friends know you’re a nice person? (Hint: They don’t. They still think you’re an asshole.) The win-win for the personal brand and the conscience, of course, is to ask what would Apple CEO Tim Cook do? And that’s to take the challenge and make a donation.

“I’m gonna do both”: @tim_cook promises to donate to ALS fund before taking #IceBucketChallenge https://t.co/SpOwO8ng94 (via @JadenGeller)

| |
Thankfully, he’s not alone, and plenty of deep-pocketed geeks are also doing a twofer.

I've made a donation to stomp out ALS. I challenge @spencerrascoff. Your turn @carlquintanilla #icebucketchallenge https://t.co/enub9GG4mo

But guess what? That’s still not enough to satisfy some people. It seems that even when you donate, there’s a moral Catch-22. By making a big show of a financial donation, you’re likely to feel that you’re off the hook for any subsequent charitable acts and be less charitable later. In a nutshell, one big, public good deed juices your average, so you can slack off later—at least according to moral philosopher William McAskill, writing in Quartz:

“People are often more concerned about looking good or feeling good rather than doing good. If you “do your bit” by buying an energy-efficient lightbulb, then your status as a good human being is less likely to be called into question if you subsequently steal.”

And, McAskill argues, donations that went to ALS from this push are potential donations diverted from other charities. You just can’t do right without wronging someone these days. (PS, Californian icebucketeers, there’s a massive drought going on right now. Stop wasting water!)

Or maybe not. What if you could do a stunt that would make you feel and look good on social media, actually do good in the real world and not take away from causes that really need your help? Sounds impossible, but a bunch of Irish people, using the exact same stunt-and-challenge Facebook model, have inadvertently cracked it.

Compelled by a close friend’s cancer diagnosis, a group of friends have started a #Bloodnomination Facebook page. The concept? Donate blood. Post a pic of yourself donating blood. Nominate a friend to donate blood. Sure, it’s still nasty peer pressure, but there’s a limit on the one-upmanship. You can’t donate more than anyone else because you can only donate a pint at a time. Blood is always in short supply and is used by the recipients as needed, so you’re not anointing one charity over another. And sure, you feel good (if a little woozy) for doing it, but that’s OK. Everyone wins.

Blood is thicker than water, folks. Cool it with the ice buckets. Head to the blood bank.