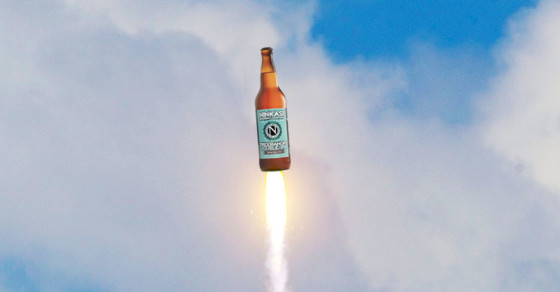 The Final Frontier for Craft Beer
By Shane Dixon Kavanaugh

The Final Frontier for Craft Beer 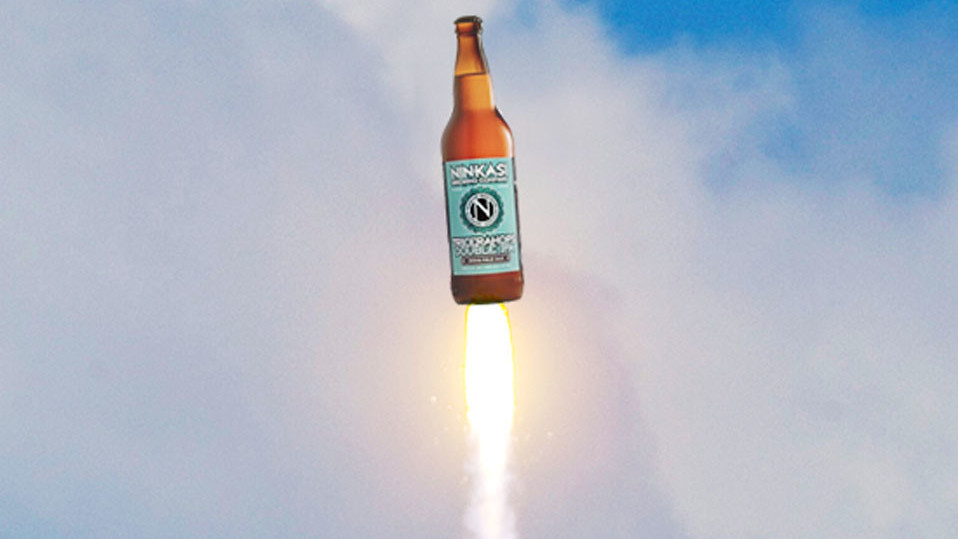 Sometime next week, an Oregon beer maker will try to answer one of life’s most important questions: Is it possible to brew space beer? As part of its experiment in extraterrestrial brewing, the Ninkasi Brewing Company—with the aid of a few rocketeers—will launch into outer space a rocket packed with brewer’s yeast. If it withstands the harsh journey and returns usable, success! Delicious suds with a supersonic pedigree.

“If we pull this off, it’s going to be awesome,” says Jamie Floyd, president of the Eugene-based brewery.

Floyd insists that it wasn’t the hops talking when he and the Ninkasi crew hatched what they are calling their “space program” about a year ago. A buddy had introduced them to a band of rocket enthusiasts called the Civilian Space eXploration Team, which successfully sends spacecraft into the cosmos. The pairing of beer nerds with rocket geeks was a no-brainer, and the groups decided to collaborate. “My partner and I were completely stoked,” says Floyd.

In its giant step for beerkind, Ninkasi and CSXT say they will blast 16 strains of brewer’s yeast beyond Earth’s atmosphere and track the payload as it returns to terra firma. Upon touchdown at the location, which remains undisclosed, an on-site crew will test the yeast. If it survived space travel in good health, the team will rush the strains back to Eugene and begin brewing with them.

Floyd is fairly confident about the prospects. “I’m not worried that drinking space beer will turn us into reptilian-like aliens,” he says.

At least previous attempts in the fermented space race haven’t had scaly results. Delaware’s Dogfish Head Brewery made an Oktoberfest brew last year using moon dust it acquired from a company that works with NASA. Japan’s Sapporo Brewery released a small batch of suds in 2009 made with barley grown aboard the Zvezda Service Module on the International Space Station.

Floyd also revealed this week that Ninkasi’s beer rocket will carry more than just various strains of yeast. Packed into the payload will also rest the ashes of Don Younger, a larger-than-life character and pioneer of Oregon’s booming craft beer industry. Younger, who opened Portland’s iconic Horse Brass Pub in 1976 and championed the burgeoning beer scene for decades, died in 2011 at the age of 69.

“It’s a wonderful tribute to Don,” Floyd says. “There is nobody I know who deserved to take a rocket ride more than him.”