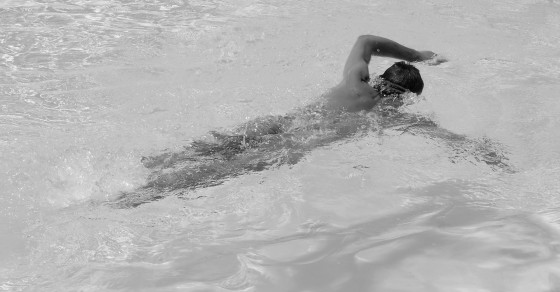 Until Fairly Recently, The YMCA Actually Required Swimmers To Be Nude
By Eric Markowitz

Until Fairly Recently, The YMCA Actually Required Swimmers To Be Nude 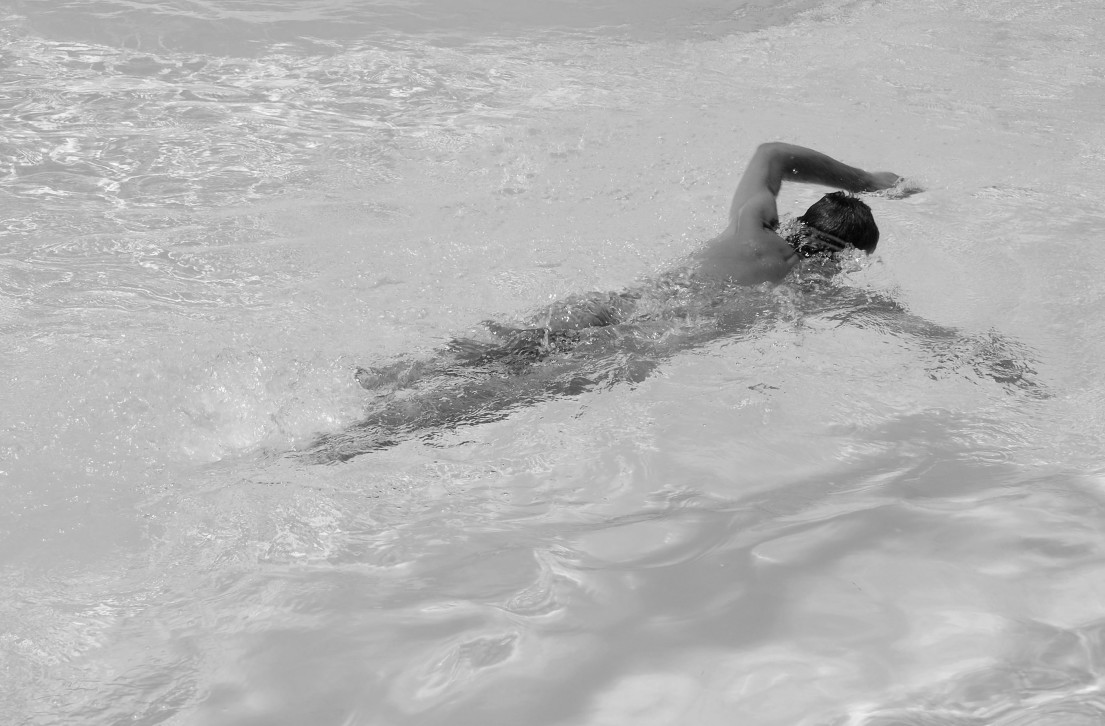 Last week, I was eating lunch with a friend and her dad in Manhattan on 23rd Street, directly across from what used to be the McBurney YMCA, when my friend’s dad had a sudden recollection.

Apparently, in 1968, as part of a freshman requirement for the city college he attended, all male students took a swim class at the YMCA. For reasons somewhat unclear to him at the time (and, we joked, probably repressed until now) the Y had a particular rule: If you’re going to swim, you must swim nude.

He remembers the instructor telling them something about it being more sanitary that way. “But,” he conceded, “no one really questioned it.” After a moment, he paused.

“What the hell was that all about?”

I thought I’d investigate. Was my friend’s dad just recalling some adolescent nightmare? Was his swim teacher some pervy old dude? Or was this requirement legit? And if it was, why? How would not wearing a bathing suit be any less sanitary than skinny-dipping?

I called up Ryan Beam, who manages the official YMCA archives at the University of Minnesota, to ask him this question. He chuckled. “I get old guys calling up semi-regularly asking, ‘Whatever happened to nude swimming?'” Beam says. “It’s kind of a hidden mystery.”

Beam confirms my friend’s dad’s story, but notes that nude swimming classes weren’t just a YMCA thing. In fact, they were a national thing. The American Public Health Association mandated them from 1926 until 1962, and thousands of high schools around the country enforced the tradition.

In general, Americans might have been more buttoned-up at the time. But when it came to all-male activities–like swimming–there wasn’t much of a taboo around stripping down.

Aquatic directors did the "visual inspections" before a boy could enter the pool.

The nude swimming tradition is even the basis for a couple of short YouTube documentaries, like this one, titled “Nude Swimming: Why Have We Forgotten About It?” that presents nude swimming through a sort of socio-cultural lens. “Our society has so sexualized nudity, particularly child nudity, that we can’t conceive of a time when kids went naked without any sexual implications,” offers the narrator.

Beam explains that the first recreational indoor pool in America opened in the Brooklyn YMCA in New York in 1885. Because swimsuits back then were made of wool, and their fibers would clog the pool’s relatively unsophisticated filtration systems, nude swimming was enforced to make sure the pool didn’t break.

By the 1920s, there were other, more comfortable swimming alternatives that didn’t shed fibers. However, nude swimming continued. The rationale this time around was that nude swimming was more hygienic. I asked Beam how so.

“There was the visual inspection,” he says, noting that part of the aquatic director’s job duty was to inspect the men before they jumped into the pool. The inspectors weren’t just checking for venereal diseases. The idea was to look for any open wounds or other indications that the swimmer might have some infectious disease.

Beam’s narrative checks out. In the 1922 edition of “The Sanitation of Bath Houses” by William Paul Gerhard, nude swimming is encouraged alongside a pre-swim “physical examination.”

“Much can be done to keep the water in a swimming pool sanitary by an efficient supervision and management of the bathers,” Gerhard wrote nearly a century ago. “A physical examination of the bathers, while nude, to exclude the diseased, accomplishes much good, but it is difficult to enforce, except in YMCA buildings and in school or military baths.”

"Over in Europe there's nude beaches and no one thinks twice about it," says Ryan Beam. "And over here we're freaking out."

For over half a century, no one really seemed to question the nudity rules. After all, America had a surprisingly laissez-faire attitude toward nudity—at least for the boys. Girls, on the other hand, were always required to wear full suits. In 1941, Life magazine published a photo of young boys in a shower as part of a spread on the concept of democracy.

“Taking a camera into a boys’ locker room at school and photographing teenage boys completely naked while showering, then, printing that photo taking up an entire half page for the world to look at was considered perfectly appropriate,” writes a historian on the subject. “The published letters to the editor immediately subsequent to this edition never revealed any reader voicing concern about it.”

Sentiments began to change around the early 1960s, however. Societal norms shifted and some boys—and their parents—began speaking up. In 1961, in the small town of Menasha, Wisconsin, high school boys and their parents petitioned the school board to allow boys to wear swim trunks to swim practice.

“The boys were affected morally, physically and psychologically by forcing them to swim in the nude,” one of the mothers noted at the meeting. But the petition was voted down. The all-male board claimed swim trunks would be prohibitively expensive. They also claimed that swimming nude would build a man’s character.

“Physical education considers that this experience is a good one for later life, for example the armed services, where the disregard for privacy is real and serious,” the director of the board noted.

In 1961, sentiments began shifting, and more boys were protesting the nude swimming rules.

Within the YMCA, there was no national mandate, so each location decided for itself on its nude swimming policies. But Beam believes the tide began to shift in 1961 when Ervin Baugher, the general secretary of the Allentown, Pennsylvania, YMCA reported to an executive YMCA conference that, basically, the reasons for nude swimming—wool fibers and cleanliness—no longer made sense for modern pools, which were then equipped with chlorine and powerful filtration systems. In fact, Baugher said the only rational reason to continue the tradition of nude swimming was “encouraging a proper attitude toward the body.”

Nude swimming became less and less common in the mid-1970s, and boys were forever spared the nightmarish experience of strip-down inspections. But nude swimming is sort of an interesting exception to the general pattern of our culture becoming less Victorian as time goes on. Today, if some head of aquatics at the Y suggested naked swimming, let alone tried to actually implement it, they’d probably lose their job immediately.

Girls did not have the same requirement. They were forced to wear bathing suits from the beginning.

“One of the things that’s fascinating about it as a story is that we tend to assume back then was more puritanical than we are now,” notes Beam. “That’s not necessarily the case. It’s a pretty interesting little narrative about American culture and body image and masculinity.”