Who’s the Worst Person in the World, According to Twitter?
By Eric Markowitz

Who’s the Worst Person in the World, According to Twitter? 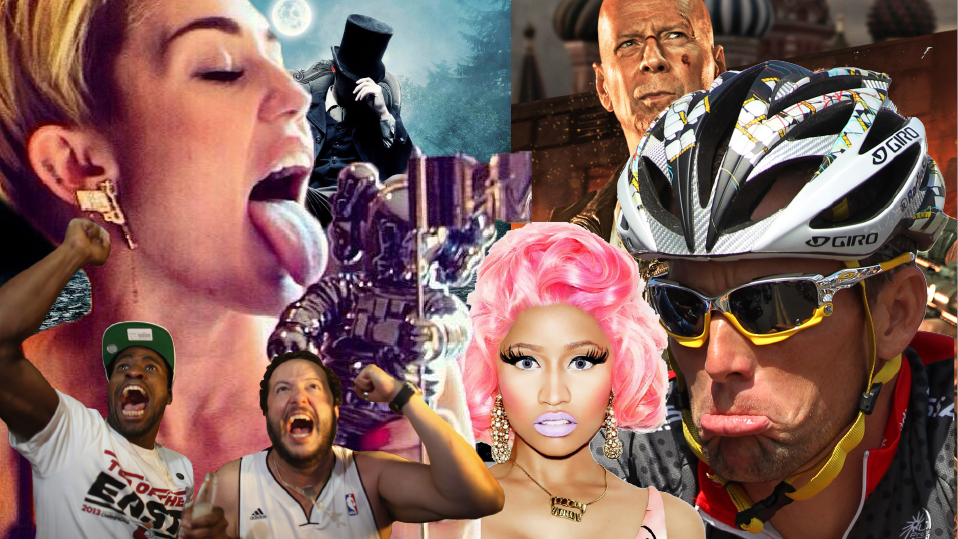 If you’re anything like me, you find yourself talking about “the worst” pretty often.

As in, “Ugh, year-end listicles are the worst.” Or, “This guy named Sean I work with is the worst.”

It got us wondering, what does everyone else think is the worst—at least through the foggy lens of social media?

As a barometer of public sentiment, we combed the world’s tweets for the phrase “is the worst” in its various permutations (“are the worst,” “was the worst,” etc.), then ranked them by frequency and influence—those tweets that were retweeted or favorited by an abnormally large number of users. It’s not a perfect science. We had to eliminate a few results that didn’t make much sense: “Exact time is the worst.” But the list does reveal certain universally accepted truths: Lance Armstrong and runny noses, for example, are both kind of the worst (No. 2 and No. 15, respectively). Below, a distillation of the top 20 people, places and things that resonated as the worst among frustrated tweeters this year. And we didn’t stop at 2013. Scroll down for The Worst of All Time.

What criteria did we use in determining the worst? Here's an example: "Runny noses" are the worst because of an August 2013 tweet by Evelyn Lozada—"This runny nose/allergies are the WORST!!!"—that was seen and retweeted by her 1.2 million followers. An incredibly popular Deadspin tweet was responsible for Miami Heat fans making the list: "The worst people in the world are Miami Heat fans, granted. But not all Heat fans are the worst people in the world." We don't have to explain why taking selfies while driving is the worst (though it did officially originate from this tweet).


What ranks as the all-time worst on Twitter since its inception in 2006? We expanded our search parameters to find out. Because Twitter has been growing exponentially for the past seven years—from 20,000 tweets per day in 2007 to 340 million per day in 2012—the results obviously skew toward the present. A lot of people really hated A Good Day to Die Hard. Not only did “The New Die Hard” make our 2013 list, it got all-time honors as well. Marc Davis, aka “the worst NBA ref of all time,” earned his No. 6 spot because of a massively influential 2012 tweet from Bill Simmons, who wrote, “Wow Marc Davis is the worst NBA referee in awhile. He just made one of the most incredibly bad calls I have ever seen in person.”