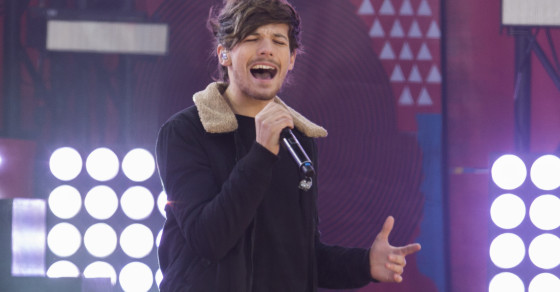 Vine Creates Speculation Louis From One Direction Is Gay

A single, barely audible Vine video has fueled rumors that Louis Tomlinson of One Direction is gay and sparked an enormous frenzy of Twitter speculation. In less than 10 hours, fans posted over 285,000 tweets with the new hashtag #ImGayItsPrettyUnfortunate.

Last night, a One Direction fan, who calls herself Amber Almighty, posted a Vine video of band member Louis Tomlinson. The shaky audio from this video is nearly impossible to understand. However, Amber claims the singer said, “I’m gay, it’s pretty unfortunate.” (She later slowed this down and changed it to “I’m gay, it’s pretty important.”) Even though Tomlinson quashed similar rumors in the past, insisting he is straight, once more Twitter has erupted in delirium over the singer’s sexuality.

Coincidentally, Tomlinson recently changed his Twitter picture to an anonymous egg and supposedly unfollowed One Direction’s management, fueling rumors that his “coming out” caused conflict with the band’s management. Fans on Twitter replied passionately, promising their support and denouncing anyone threatening to “leave the fandom” if Tomlinson’s homosexuality was confirmed.

The performer himself has yet to deny or confirm these rumors, although he has dismissed them before. The rapid-fire way these speculations spread through social media and the outpouring of passionate fan reactions emphasize how central sexuality is to boy band personas.