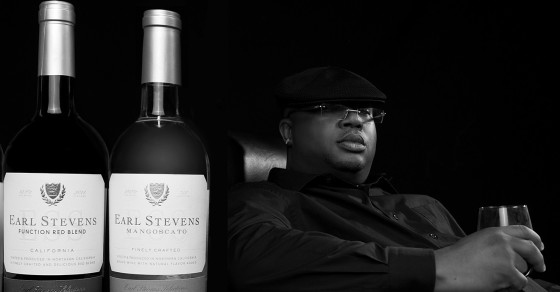 A Rapper Goes to Napa: E-40 Gets His Wine Right
By M.L. Nestel

A Rapper Goes to Napa: E-40 Gets His Wine Right 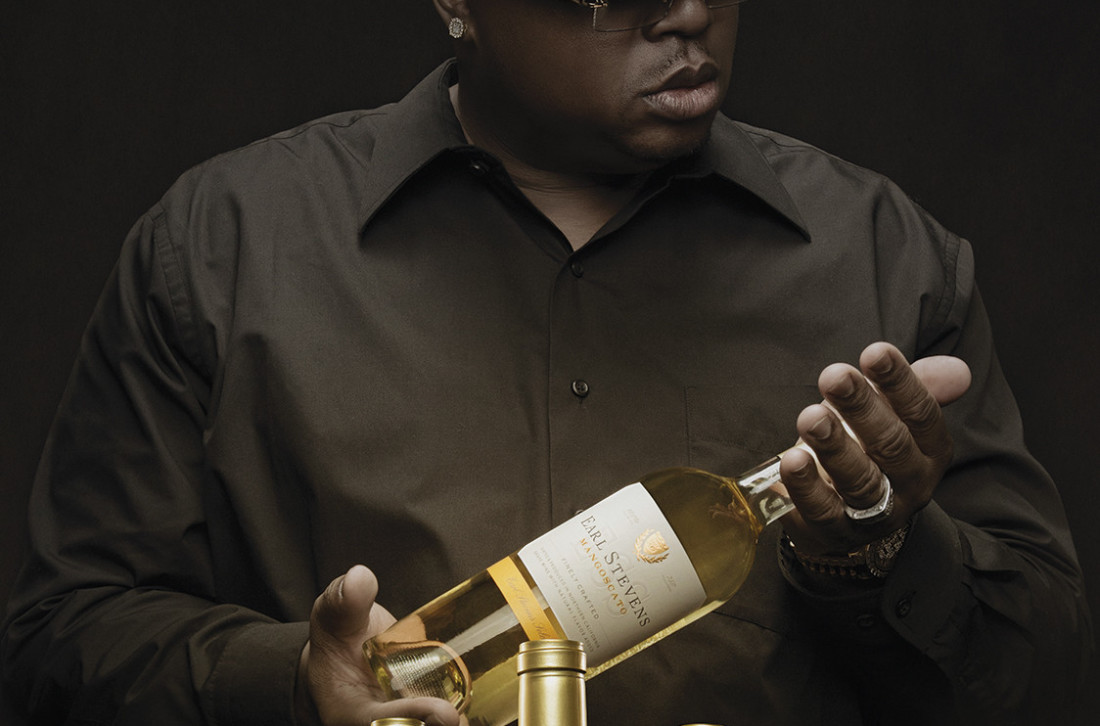 The wine offers just what you’d expect from a popular Napa Valley moscato: a flavor polished with raspberries, plums and hints of vanilla. But on the surface, the man behind the vintage seems to be an unlikely champion of fermented grapes. His name is Earl Stevens, but he’s better known as E-40—a rap moniker he earned for his love of malt liquor.

For close to a year now, Stevens, 46, has been selling his brand of wine—Earl Stevens Selections—at Costco and other retail stores in Northern California. But lately, the Vallejo native has been quickly becoming the toast of nearby Napa Valley. His three wines—a moscato, a blended red and a high-alcohol brand called Mangoscato—have reportedly sold more than 180,000 bottles this year in Northern California, “an astonishing amount for a new wine brand,” according to the Sacramento Bee. Earlier this year, the wine was selling so well that distributors were reportedly having trouble meeting demand.

“My wine is good,” Stevens says in a phone interview. “I’m the peoples’ choice.”

Now that he has been embraced by Napa Valley, Stevens is no longer taking potshots from rappers about his love of red wine.

For two decades, popular demand has helped Stevens become a West Coast hip-hop stalwart, who says he invented phrases like “It’s all good,” as well as the term “po-po.” Over the years, he has put out No. 1 hits, collaborated with legends from 2Pac to Too Short, and popularized “hyphy,” a Bay Area style that boasts fast-paced drums and hyperactive dancing. Along the way, he has also managed to become the face of the Landy cognac brand and create a signature energy drink called 40 Water.

Rappers have long used music as a pathway to wider business pursuits. Many have started clothing lines, branched out into acting and inked sponsorship deals with high-end brands of vodka and champagne. In recent years, some emcees have created products and signed deals normally outside hip-hop’s orbit. 50 Cent, for instance, partnered with Glaceau to sell his own flavor of Vitamin Water, and Dr. Dre sold his Beats headphones company to Apple earlier this year to become hip-hop’s first billionaire.

In some ways, however, Stevens’ foray into Napa Valley is one of rap’s boldest business experiments; after all, wine’s reputation is about as hip-hop as pleated khakis or L.L. Bean. But Stevens, whose mother worked at a hospital in Napa, says he’s always loved wine, particularly the reds. “Thirteen percent of my body has got wine in it,” he says. “It’s part of me.”

“No rappers were talking about wine,” Stevens says, back when he dropped “Carlos Rossi” in the early 1990s. The song pays homage to the popular brand of fermented grapes. A year later, he broadcast his ambitions in the wine game when he rapped: “Jobs like the oil refinery, I’d rather work in Napa at the winery.”

At the time, gangsta rap was all the rage, and the bespectacled emcee took potshots from his peers for his obscure references to vino. “I literally drank wine and I’d be asked, ‘You drink wine? Why don’t you drink Hennessey?’” he says.

But not anymore. In March, nearly 1,000 fans reportedly showed up at a bottle-signing event at a Costco in Northern California. And wine enthusiasts appear to have followed suit. “I’ve been embraced by the wine community because I’m a likeable person,” Stevens says. “I’m from the 707, and that’s the same area code as Napa Valley.”

It doesn’t hurt that Stevens partnered with Steve Burch, a veteran winemaker who has helped create celebrity wine brands with Adam Carolla and Michelle Branch. Their goal was to create a quality, mainstream wine and sell it for affordable prices (bottles go from $9.99 to $15.99). “It doesn’t look like a rapper bottle,” Stevens says. “[It] doesn’t have musical notes or a microphone on it. It just looks like it’s been around for 100 years.”

Despite his rap pedigree, Stevens isn't using hip-hop to market his wine.

Their success has already surpassed their initial expectations. “It’s absolutely insane,” Burch told the Sacramento Bee. “I’d be happy to do the kind of sales in five years that [Earl Stevens Selections] has done in six months.”

And it seems the wines’ success might be as much about taste and quality as it is about price. “I think people buy [the wines] because they love them,” writes one expert on Wine.com. “I don’t think they are looking at value.”

On his part, Stevens recommends pairing his Function Red Blend with one of his favorite meals. “I’d get a tomahawk steak,” he says. “Oscar style, with the asparagus and either hollandaise sauce or béarnaise sauce, garlic mash potatoes and a lobster tail, with a side of spinach—creamed or sautéed.”

For all his early success in Napa, Stevens hasn’t forgotten his hip-hop roots. His latest single, “Red Cup,” which made it to the Top 50 on the iTunes Hip Hop and Rap chart in one day, is a classic riff on drinking out of red plastic cups at house parties. He’s not talking about vino, but as Stevens puts it: “Wine is the same hustle as music. Just a different product.”