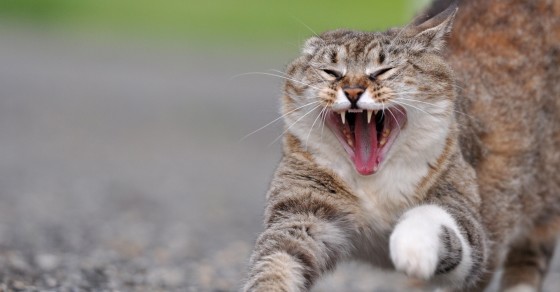 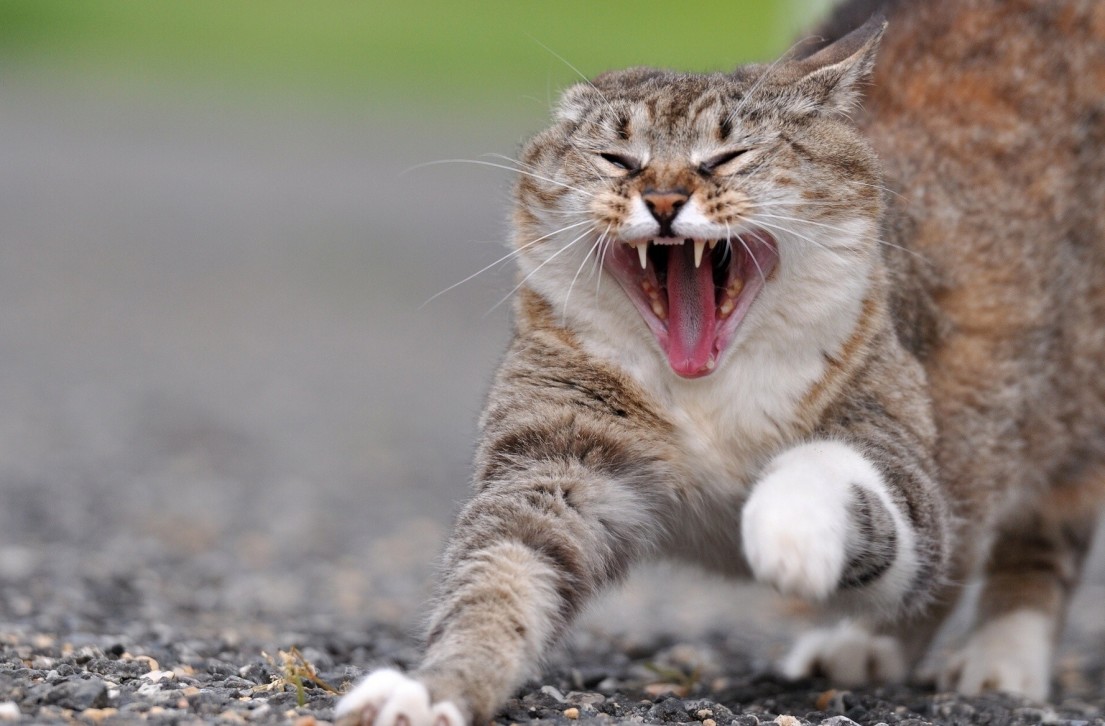 Feline therapists can agree. Lux, the humongous Himalayan that terrorized his Portland, Oregon, family and forced them to call 911, is going to need all the professional help he can get.  And perhaps a new loving home to live in.

All hell broke loose this week when the 22-pound cat took a swipe at his family’s 7-month-old baby after the child yanked its tail. Lux’s owner, Lee Palmer, retaliated by booting the cat in the butt. It was not the wisest reaction. The ferocious feline went berserk and trapped the terrified family and their dog in a bedroom. The cops came. And the rest, as they say, is Internet history.

Vocativ spoke with some of the leading kitty counselors from around the country to get their take on the cat attack and learn how Lux, who is 4, might move forward with his young life. Reiki, Prozac and cat trees could all be in the cards.

Name: Carole Wilbourn, aka Kitty Freud, aka The Mother of Feline Psychotherapy

Prognosis: Lux needs help. But we really don’t know what his past experience has been. He may have experienced PTSD when the baby reached out and annoyed him. Muscle memory might have prompted a flashback and caused him to relive something that happened in his past. “Oh my God, I’m going to be killed!” Or something like that. Regardless, there was a ripple effect. The father, who has a loose wire in him, lost it. He kicked the cat. If someone kicked me it would either be fight or flight. Lux chose fight. He’s a descendent of the wildcat. And that’s how the wildcat existed.

Treatment Plan: Chances are, Lux’s recovery from his PTSD will be gradual and quicker with a calm and caring environment—a single cat home and no young children. Lux will need a behavioral/emotional treatment plan that affects all of his senses. I use a combination of behavior modification, music therapy, emotional evaluation and Reiki so I can treat the total cat. Lux might need an anti-anxiety drug (psychotropic) such as Prozac, Xanax, etc. (or a homeopathic remedy) as auxiliary therapy. The drug would be slowly weaned as Lux integrated new coping mechanisms that would enable him to deal easier with stress.

Cost: House calls and home visits in Manhattan are $365, which includes phone progress reports. A phone or video consultation is $165.

Prognosis: Leaving a very young child with a cat like Lux was not such a great idea.  He’s already a little aggressive and probably suffers from issues of displacement and jealously with a new baby in the house. There’s also usually a history of abuse or a medical issue that feeds into the type of behavior Lux displayed here. In my opinion, this cat needs a new home. It needs someone who knows how to treat it properly. If someone loves an animal, his first instinct is not going to be to kick the cat. That totally broke my heart.

Treatment Plan: Lux will need his security rebuilt. His confidence in his surroundings has been shattered and he is now most likely very insecure, which leaves him vulnerable and prone to lash out. Trust between Lux and his owners would been to be rebuilt through positive and consistent actions over time. He also needs to live in an environment that supports his needs, such as high cat trees and kitty cubby holes so he can get away when he needs to retreat; interaction and playtime with his owners to stimulate his mind and his emotional needs; and reinforcement of position actions by rewards such as praise and treats. Most important, whether or not there are any medical issues in play here, Lux must never be hit or kicked or even yelled at ever again!

Prognosis: I do sympathize with Lux’s owner, and I think that babies are more important than animals. The dad was just trying to protect his baby. But he could have made things so much worse. Humans are supposed to have more cognitive ability than a cat and think about how to manage a situation. Kicking Lux sent him into overdrive and thrust him into the red zone. His fear button totally went off. It’s like in the movies when someone is really freaked and they take a baseball bat and start swinging it at everyone. Total panic mode.

Treatment plan: I have a 10-page behavior questionnaire for each client, so I can learn their history. There may also be a few health issues that can cause a cat to be this edgy. Lux’s behavior appeared fear-based and a more confident cat would have probably gotten up and walked away. There are stress-relieving, confidence-building behaviors that we can work on. There are also pheromone products that can create a greater sense of peace, calm and tranquility in the cat. Ultimately, it’s not really the feline. If the owner doesn’t change his behavior it can ruin the cat. The owner needs to change.