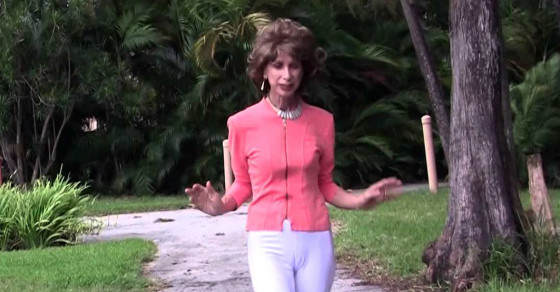 We Talked to the Prancercise Lady and She Is Awesome 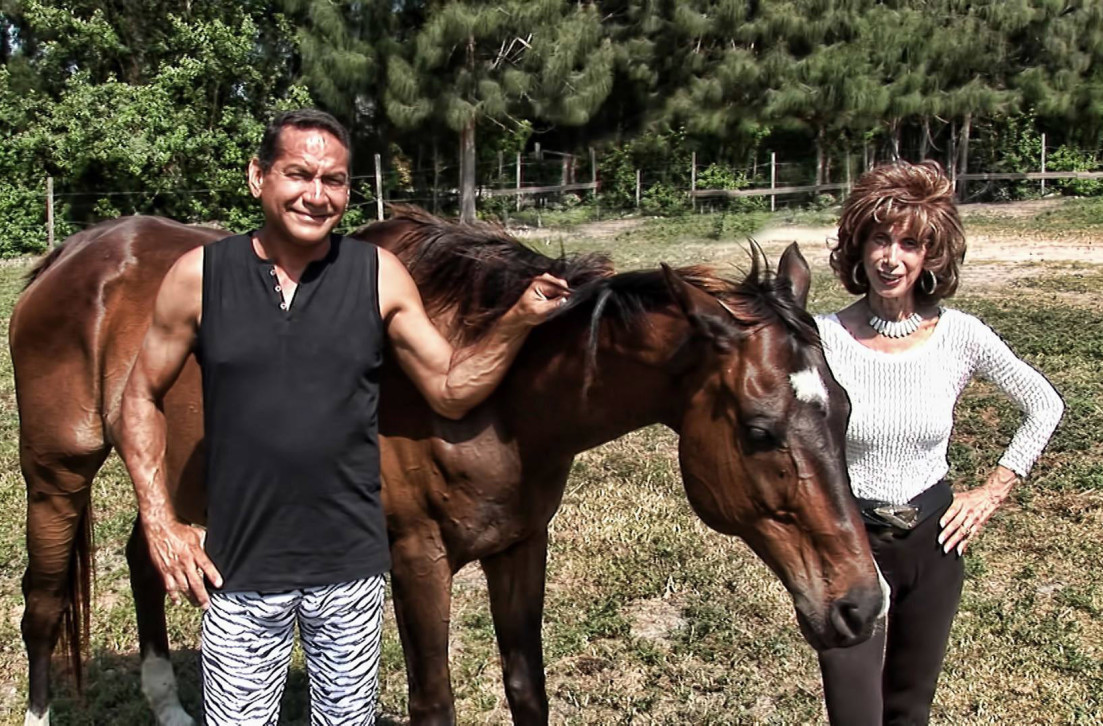 With every dainty canter she makes, Joanna Rohrback is proving that Prancercise is no flash in the pan. The 62-year-old first lit the Internet ablaze last year with her equine-inspired exercise routine and free-spirited demeanor. Clad in a Chanel-like sweater and snug white pants, a rhyming Rohrback unleashed her ankle-weighted workout upon the world, which she affectionately describes as “a springy, rhythmic way of moving forward, similar to a horse’s gait and ideally induced by elation.” The endearingly eccentric video has since drummed up more than 10 million views on YouTube and inspired countless parodies.

After nearly a year of virtual silence, Rohrback returned last week in a video filled with even more uninhibited frolicking. For her latest installment, she recruited a ripped and zebra-clad Prancercise partner named Victor. Together, they prance alongside real horses at the Peaceful Ridge Rescue, an equine sanctuary in Davie, Florida. Given Prancercise’s enduring appeal, we decided it was time to speak with Rohrback about her workout, her inimitable style and her vision for the future.

How do you feel about the people who parody your work?

There’s always going to be people who parody me. I was an easy target. They made fun of my clothing. Or the fact that my pants were a little on the tight side. Some of these people are insecure. Others are just haters. And personally, I don’t give two hoots. I’m not insecure about myself. I’m not a follower. Let’s face it. Some of these people just wanted an excuse to Prancercise. And I bet you they had a lot of fun doing it.

Where did the idea for Prancercise come from?

I’ve been a fitness nut and vegetarian most of my life. I loved expressing myself through rhythm. And Prancercise was a natural extension of my being. One day along the boardwalk in Hollywood [Florida], I heard a really good song on my Walkman. It was Motown, I guarantee. My body just really wanted to move. I was in an ideal state of mind. I just let loose.

What goes through your head when you do it?

I sometimes think of myself as a beautiful horse out in the meadow prancing along. I imagine myself a liberated soul or creature or whatever you want to call it. I Prancercise almost everywhere.

I never owned a horse growing up, but I used to love to be with them at sleepaway camp. Some have joked that I must have terrorized the horses in the video. Bullshit. I don’t believe in forcing my will on other creatures. When you get on a horse, you stick a bit in its mouth, you put on a saddle on its back and you control every movement. I wanted to move like a horse, not ride on top of one. I thought of liberating the horse and myself.

Can you Prancercise anywhere? Or just in fields and meadows?

I created Prancercise on the beach. I’ve done it in cornfields. I’ve done it in mountainous areas and parks. Pretty much anywhere you can walk or run with a springy step. Carpeted living rooms aren’t bad either.

What inspired your workout fashion?

When I made my first video, I had no inclination of the direction it was going to take. I just figured I wanted to look a little more dressed up than I normally do. I didn’t think about it or plan it, and the look was inadvertent. It just happened. Since then, I kind of just felt like I should keep up the image.

What advice do you have for someone who wants to Prancercise but might feel a little silly doing it?

"Not so much cameltoe"

Are you satisfied with the response?

It still isn’t totally socially accepted by mass amounts of people. Neither was the work of Isadora Duncan at first, but she eventually became the face of modern dance. The appreciation for her work evolved over decades. I don’t expect people to run out and embrace something like Prancercise right away. It’s a process.

Do you believe that Prancercise can change the world?

I truly do. It will open our collective consciousness. So much in our lives is regimented. In my own heart I believe this leads to other peoples’ agendas and manipulations. It limits our self-expression. We confine ourselves to what other people think for our own spiritual, mental and physical health. I think this is an example of a way to get more in touch with yourself, your true nature, and not harbor anger and frustration as much. I know this sounds idealistic. But I like being idealistic. I’m like a mother talking about her child. Now I don’t have children and I don’t date. But if I did have a child, I’d want it to Prancercise.