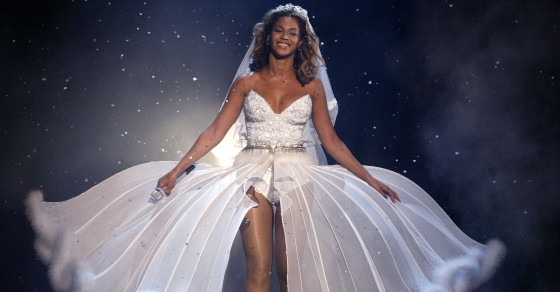 How Much Do Celebrity Wedding Dresses Sell for at Auction?
By Molly Fitzpatrick

How Much Do Celebrity Wedding Dresses Sell for at Auction? 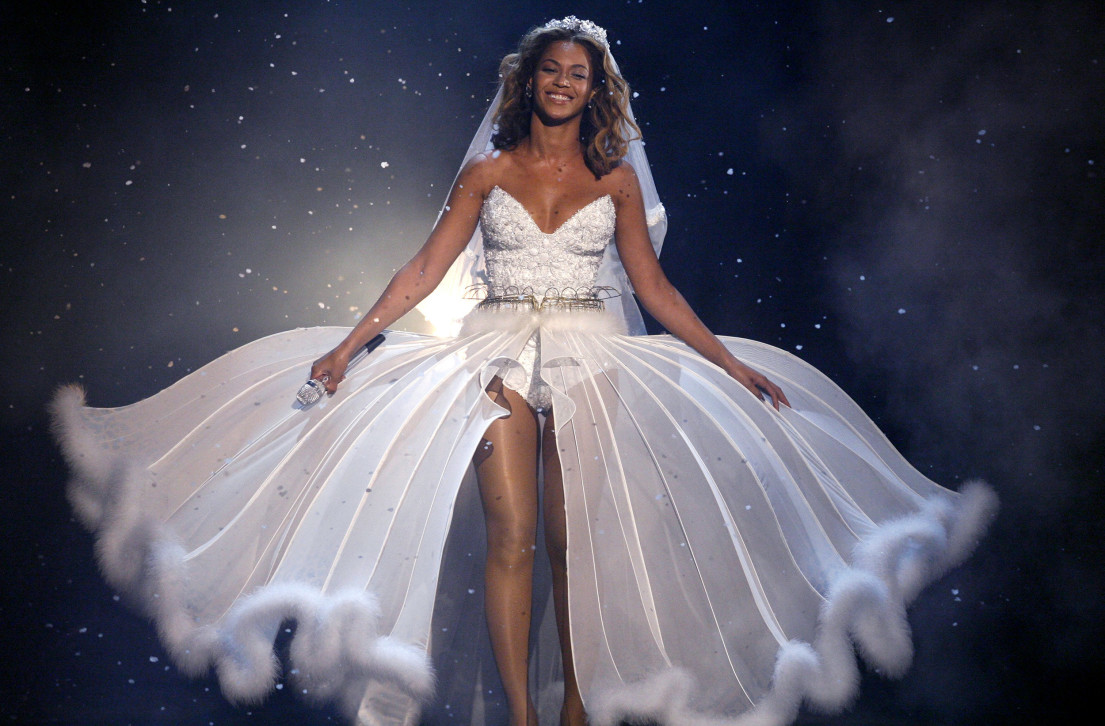 In case your special day isn’t feeling quite special enough—or if your shrine to Christie Brinkley isn’t quite complete—why not invest several years’ income in a celebrity’s lightly used wedding gown? From Crystal Hefner’s pink confection to Audrey Hepburn’s never-worn frock, here are more than a dozen famous dresses that sold at auction for sums large and small (but mostly really, really large).

Hepburn was engaged to industrialist James Hanson for a year before abruptly calling off their wedding. She donated the dress to a poor Italian couple. Their marriage was a happy one, and the gown stayed in the family until the 2000s.

The Hall-Jagger union is no more, but proceeds from the Sotheby’s sale of the model’s dress went to Emmaus, a U.K.-based homelessness charity.

Neither pop star tied the knot in this dress, but Madge performed in it on her Like a Virgin tour and Spears recycled it for an appearance on Saturday Night Live.

The simple cotton dress in which the troubled singer married Blake Fielder-Civil was expected to fetch $160,000 at a 2012 charity auction, but the garment was stolen from her home before it could be sold.

The iconic wedding gown worn by Maria, Andrews’ starring role in The Sound of Music, fetched a Von Trapp-worthy sum in 2013, visible water stains and all.

CLOTHES OFF OUR BACK

Brinkley wore this Armani suit to wed Peter Cook in 1996. She auctioned it off in 2010 to support Red Cross relief efforts in Haiti. For $775, this high-end vintage piece seems like kind of a bargain?

Hepburn wore this dress for her 1928 wedding to Ludlow Ogden Smith.

Hefner’s child bride sold her pink gown to benefit the Leukemia and Lymphoma Society in memory of the late Mary O’Connor, Hef’s assistant. (The dress may have ultimately gone for more, but StyleList reports that bidding had reached at least $2,500 before the auction’s close.)

This isn’t Beyoncé’s real-life wedding dress, but the stunning Baracci gown she wore in the video for “Best Thing I Never Had.” (Technically, the dress was publicly listed for sale, not auctioned off, but come on. Beyoncé.)

Taylor wore this colorful dress for her second wedding to Richard Burton (her sixth marriage of eight) in 1975.

Taylor was only 18 when she married her first husband, Nicky Hilton (as in Hilton Hilton), in a $1,500 gown provided by MGM Studios. Come 2013, it proved to be worth much, much more than that.

Before there was Miranda Lambert, there was Kaynette Williams. Blake Shelton’s first wife tried to unload the dress from their 2003 wedding on eBay, but no one placed a bid. That sounds like the stuff of a weepy Blake Shelton song.

The original dress from the 1981 royal wedding—arguably the most famous wedding gown in history—belongs to Prince William and Prince Harry, but Di herself commissioned this exact replica before the ceremony.