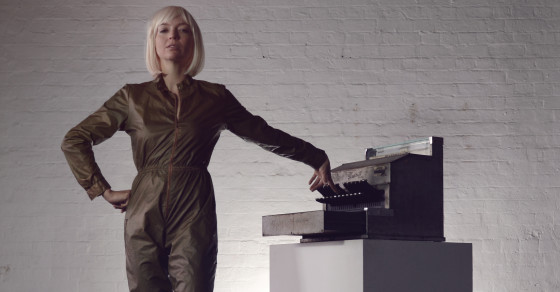 Artist Casey Jenkins Is Back And Open For Business 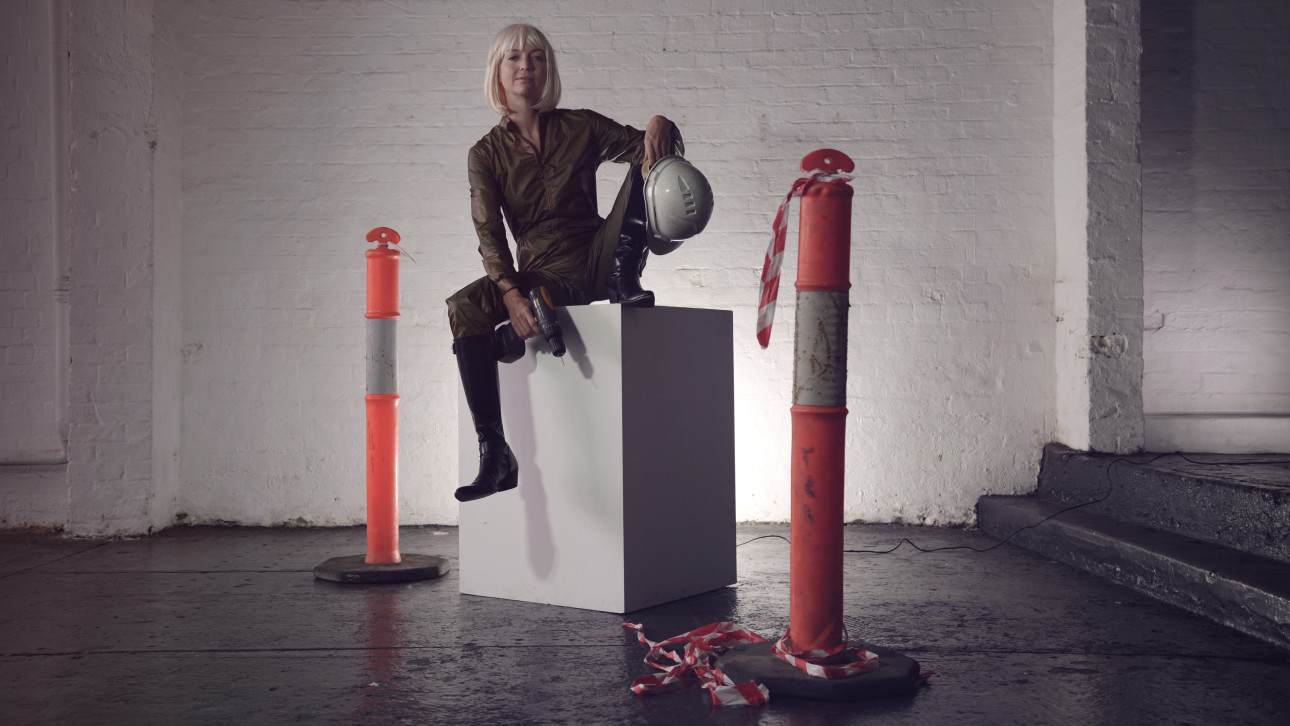 Australian performance artist Casey Jenkins will do anything for a price. Well, almost anything. Visitors to Melbourne’s Dark Horse Experiment gallery can, from March 20 to April 10, pay Jenkins an hourly rate, and hire her to do pretty much whatever they want—with few exceptions.

“Only the employer can enter the work space, so you can’t bring a heap of mates in,” she says. “I won’t cause direct harm—I’m not going to hit someone if asked—and I have to be left in the same general state I was found it; so, you can’t draw all over me or anything. But, generally, I will do anything.”

Titled Body of Work, this new performance, she says, is a participatory meditation on the roles money and employment play in our daily lives. One where the audience is encouraged to consider the vastly different financial worths assigned to individuals and their time, and how class, opportunity, and even dumb luck, can influence one’s perceived value.

To communicate this, each day Jenkins will “work” for a different hourly rate that correlates to wages of real people—a steam engineer, a bud trimmer, a graphic designer, a sex worker, a mother—right on up to Australian mining magnate Gina Rinehart. The hourly rates available throughout the performance will range from $0 to $380,000.

And when Jenkins says people can hire her for almost anything, it is inclusive of paid sexual activity—though all work must be performed in the gallery space. Indeed, in preparation for the piece she has received training and permits for various types of employment, including construction work, a childcare background check, and registration on the sex worker’s registry.

“A lot of people get paid for what they own, rather than what they do. That is, it isn’t what you contribute, it is who you are,” she says, adding that it’s not a simple eat-the-rich statement. “Just as Gina [Rinehart] has this grotesquely large amount of money, so do I, compared with people on the other side of the world.”

Jenkins first garnered serious international attention in 2013 with her performance, Casting Off My Womb. The self-described “peformance artist-craftivist-rabble rouser” has created work in cities as far-flung as Berlin, Paris, New York, London and Bristol, but it was the 28 days she spent in a Darwin gallery, knitting from skeins of wool placed inside her vagina, that really ignited debate. (Full disclosure: I first spoke with Jenkins about Casting Off My Womb.)

Not all of it was positive. The work explored the social expectations that are often placed upon women of child-bearing age, and Jenkins’ own thoughts about childbirth. She also didn’t stop knitting when she got her period, which sent some commenters on stories written about the piece—including those on BuzzFeed, Gawker, The Daily Mail, Salon, and others—into a vitriolic frenzy.

“It was pretty intense, but a lot of the reaction was from people who were not viewing it as art making, they were just viewing it as an odd, freaky thing to do,” she says, adding that it’s made her cautious about her new performance. “I’m not sure that this will be received positively, and that’s why I’ve been putting it off. I wanted to feel strong when I did it. But then I thought, I can’t not do it because I’m worried about what people will say.”

She first began working on the piece before Casting Off My Womb, but decided to take a break from it while she figured out how to tackle the issue of sex work. “I certainly didn’t want to take it out of the piece because that would reinforce this idea that it isn’t work like other work, but then to leave it in sounds loud,” she says. “And that’s why I think it’s taken me so long to do it.”

Jenkins explains she’s not so worried about the nature of the work she might be asked to undertake, but it’s more that she doesn’t want an undue focus on sex to undermine the performance.

On a more personal level, Jenkins says she also needed time to unpack her own issues with sex work. Though quick to point out that she’s not “morally or intellectually” opposed to it, she admits the idea of it was scary, at first.

“I decided to go and do sex work to understand if it was different. And so, for several months this year, I’ve worked as a sex worker, and now I feel a lot more comfortable with it,” she adds. “It’s really fascinating, actually, that world.”

This brought Jenkins to her next quandary: gender. When the idea for Body of Work was first conceptualized, she says binary gender wasn’t at the forefront—many of the employees whose middling hourly rates she’s using are men. And like the sex work aspect, she wanted the focus to go beyond any single issue so that everyone can relate to the piece.

“I didn’t want it to be a gender piece. The big catch-cry in wage disparity is equal work for equal pay, whereas I think that is kind of off the mark because it sets up this idea that some work is of value, rather than some lives are of value,” she says. “Rather than having empathy that another human being is existing, there is more of an emphasis on what they are tangibly contributing and it has been an excuse to value some contributions more than others… We should actually be valuing all of these occupations the same.”