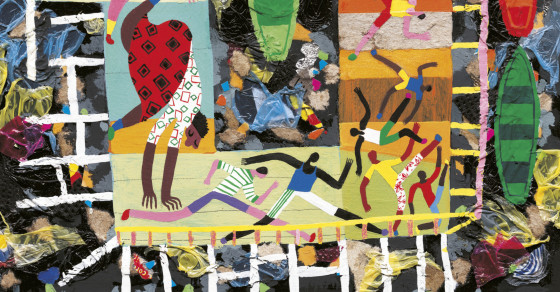 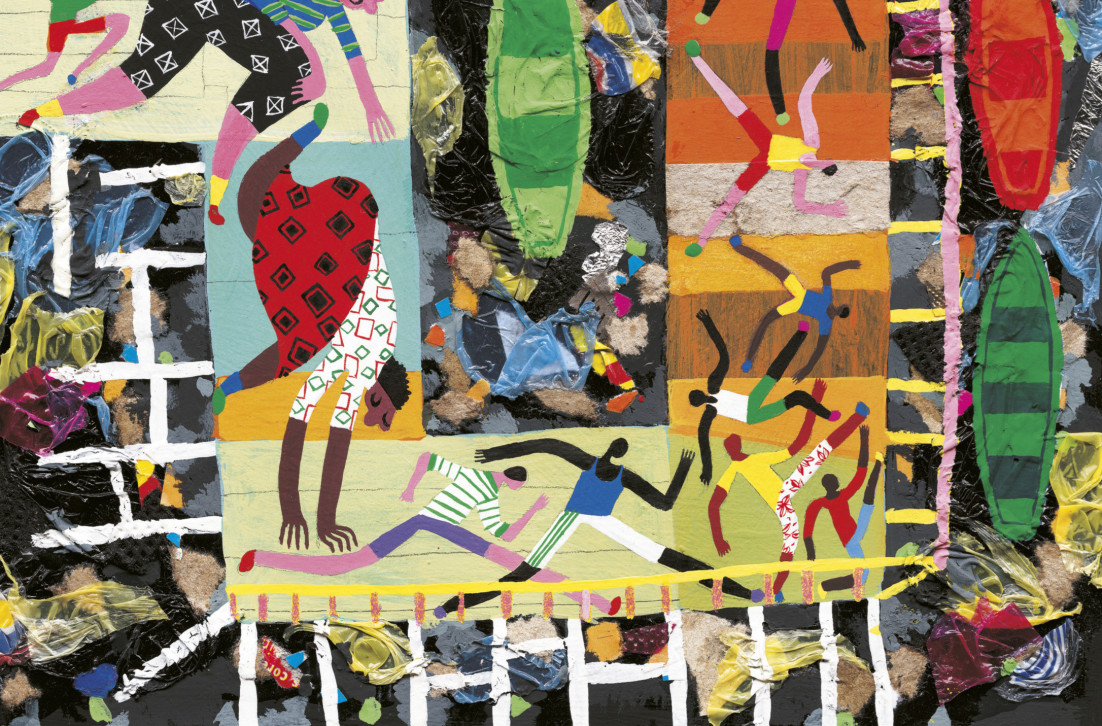 In black jeans and a charcoal T-shirt, his dark hair cropped close, Roger Mello is a study in understatement. Is this really the dynamic illustrator who creates such strikingly vivid rain forests? The one who sent a convoy of magenta, brown and green caterpillars wriggling over the pages of the celebrated Brazilian children’s book Jardins (Gardens)? However, when we meet in Rio de Janeiro, his eager handshake and boyish smile dispel all doubts.

Just 36 hours before, Mello had staggered off a transcontinental flight from frosty Italy into the sauna of an early Brazilian fall. Part of him is still in Bologna, where on March 24 he finally captured the Hans Christian Andersen Award, which recognizes excellence in children’s literature. And it’s clear the elated feeling still lingers as he strides into his favorite neighborhood bookstore—strangers stopping to smile and wave, the store manager wrapping him in a bear hug as Mello’s iPhone warbles with messages.

There is plenty to celebrate. The Hans Christian Andersen Award—an international prize known as the Nobel of children’s literature—is given every other year to one author and one illustrator, and the competition is fierce. Twice before Mello has made the short list, and to be included with such celebrated talent seemed like an award in itself. Past medalists include masters like Maurice Sendak (Where the Wild Things Are), and the storied Czech graphic designer Kvĕta Pacovská, whose work inspired interactive children’s games.

To reach the podium this year, Mello bested 31 illustrators from as many countries, becoming the first Latin American artist to take the prize from the Danish academy’s International Board of Books for Young People. It’s not hard to see why: At age 48, he has produced more than 100 titles, which include poetry, short stories, stage plays and screenplays. But he is at his best at the easel or a draftsman’s table. For the past 20 years, he has colored his way into the imaginations of children across this outsize country, turning tropical plants and beasts into mythical idylls, while reviving forgotten folklore.

Certainly, he has garnered prizes and praise along the way. Mello has won the Jabuti—the highest Brazilian literary award—an impressive eight times. And his fantastical tales are not only a staple of Brazilian bookstores, which are now scrambling to restock in the aftermath of the prize, but also the inspiration for college courses and dissertations. One academic bubbled about Mello’s relation to Marcel Duchamp, while an exalted former employer attributed his work to “the hands of angels.”

While Mello dismisses the hype, he allows that the fuss over a storybook illustrator is a ray of hope in a culture of couch potatoes, where the biggest celebrities are in soap operas or soccer cleats. “It’s great that children are reading,” he says. “Kids have lost contact with books, but that means they can discover the pleasure of reading all over again.”

He credits his own discovery to his unconventional education in a complicated time. Mello was raised in Brasilia, the “capital of hope,” built by storied modernist architect Oscar Niemeyer, whose heroic curves and sculptural palaces inspired visionaries like Aldous Huxley, who imagined Brazil as the land of the future. The Brazilian military had other ideas, though, and the year before Mello was born, generals seized power and let go only 21 years later. “I am the child of the dictatorship, but was lucky to have been brought up in a time when thinkers and artists reimagined my country as a utopia,” he says. “In many ways, I am the product of that generation, when utopia and despair collided.”

Fortunately, some of the hope survived, and while the junta banned many books, they couldn’t dictate imagination. “I went to an experimental school, which had just two rules,” he says. “You had to use the library, and you weren’t allowed to copy. No superheroes. No Disney.” Instead of letting himself be intimidated, he let his thoughts run wild. In many ways, the complicated social palette of Brazil found its way onto the painted page. No purist, Mello’s illustrations range from Abstract Expressionism, Cubism, optical art and naive.

Many of his storybooks are steeped in Brazilian folk art and tales. In Devorador do Pecado (Sin Eater), a riverboat decked with a savage-eyed maidenhead sails across a fiery current, reviving the mystical world of fishermen on the iconic São Francisco river. In João por um fio (Joao by a Thread), he pays homage to traditional craftswomen in a tale about a boy and his homespun bedcover, which unravels throughout the night in an intricate dream.

For all the flights of fancy, however, Mello’s forms and figures are carefully, even studiously, rendered. For his illustrations in Jardins, a volume of poetry set in a tropical garden, he pored over botanical literature. “You won’t find an extra petal on a bromeliad or an animal in the wrong habitat.”

What’s puzzling is why Mello’s work is all but unknown in the United States. “I don’t know why,” Mello says. “It’s really hard to break into the American publishing market.” In fact, foreign titles represent only 3% of literature in America, according to a PEN International Report called “To Be Translated or Not to Be.” And more than two-thirds of those titles are translations of computer manuals and technical catalogues. Like the caterpillars in Mello’s garden, there’s a whole hidden world out there beyond our bookshelves.

But that’s another tale.