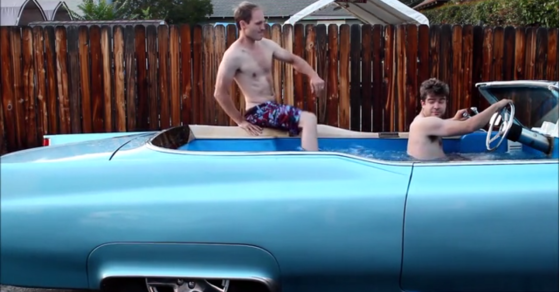 God Bless America: A Hot Tub You Can Drive
By Shane Dixon Kavanaugh

God Bless America: A Hot Tub You Can Drive 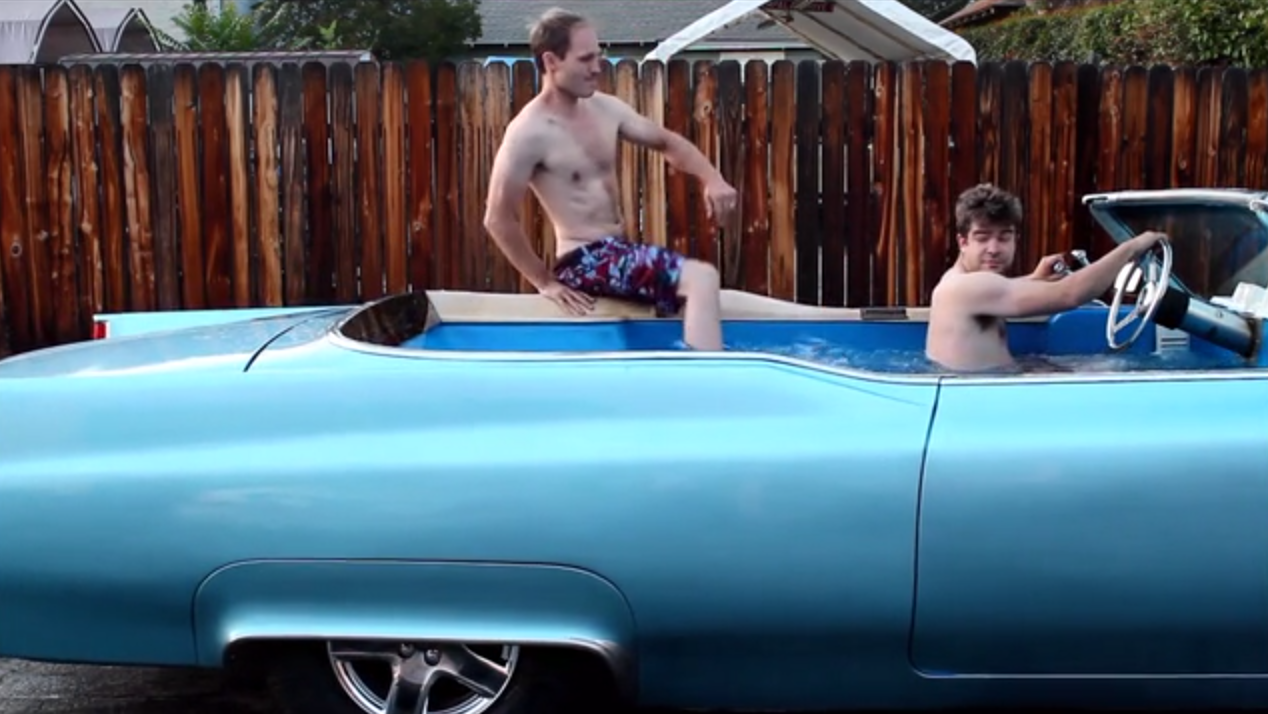 It’s as American as bicycle meth labs and bikini coffee stands. Los Angeles-based engineers Phillip Weicker and Duncan Forster have spent the past six years tinkering with a 1969 Cadillac convertible, transforming the enviable ride into a more enviable mobile hot tub. Yes. That’s correct. Their Coupe DeVille now doubles as a four-wheeled jacuzzi. And it’s all but certain to be cooler than anything you or I will ever own.

Dubbing it the Carpool Deville, the pair retrofitted a custom fiberglass tub inside the car’s interior that can hold 5,000 pounds of water. Revving the Caddy’s original engine brings the jacuzzi to just over 100 degrees. Forget the fact that Weicker and Forster are originally from Canada. They’re now American heroes. So help them out. The duo has now launched a Kickstarter campaign to help send their dream machine to the Bonneville Salt Flats in Utah for Speed Week in August. Their endgame? To have the world’s fastest jacuzzi, obviously. “Nobody’s ever gone 100 miles an hour in an open-air self propelled hot tub while sitting neck deep in soothing warm water,” Weicker says. “We aim to correct that mistake of history this August.”