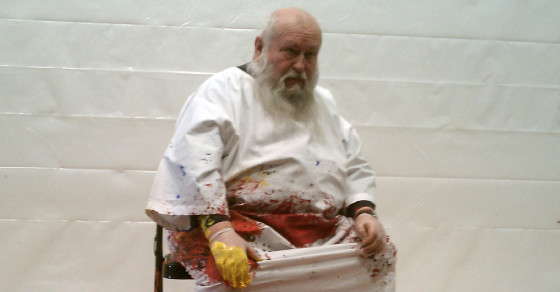 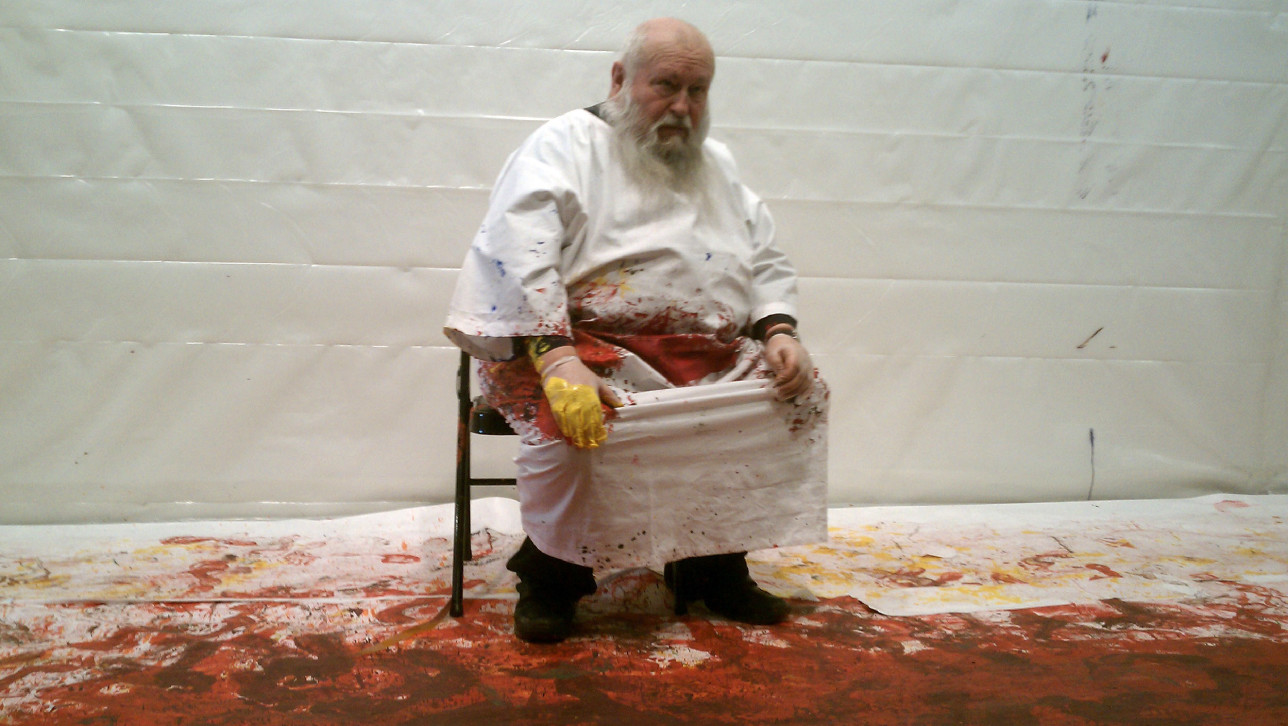 Hermann Nitsch has always been something of a lightning rod. Once part of the intentionally destructive and violent Vienna Actionist movement, much of his religion-themed performance art involves the use of animal blood and carcasses. His work is so controversial that he’s been sent to prison three times as a result.

Now Nitsch has found himself on the receiving end of criticism once again. An exhibition of his work was slated to open on Feb. 27 at Mexico City’s Museo Jumex—which houses the largest and most important art collection in Latin America—but has been canceled following pushback from animal rights activists. It’s the first time a show of his has been pulled in his more than 55-year career.

Though the museum hasn’t expressly stated the reason for the cancellation, Mexican press points to a 5,300-strong petition asking Fundación Júmex (the contemporary art foundation that oversees the museum) not to host Nitsch.

“The rights of animals, and the respect of life, and of them, has to be a common ground in our society,” it reads. “This exhibition demonstrates just how far some people are from this ideal.”

Nitsch and the museum also took a hit on social media, with the hashtags #PaintWithYourOwnBlood (#PintaConTuPropiaSangre) and #YouAreNotWelcome (#NoEresBienvenido) cropping up on Twitter.

At the center of the controversy is the artist’s seminal work, Orgien Mysterien Theater. The performance, which has been staged 130 times since 1962, involves multiple actors who are often naked, sometimes blindfolded, and made to drink animal blood and tear open cadavers.

Though animals in the past have been sacrificed live on stage, Nitsch rejects the notion that his work involves the torture of sentient beings. He has since released a statement noting that he is “deeply hurt” by the cancellation, and that the outrage stems from a misunderstanding of his motivations. Nitsch wrote:

Normally I used carcasses from the butcher for my performances. These animals were slaughtered for food supply for our society. The last slaughtering within my theater happened in 1998, it was performed by a professional butcher under surveillance of a veterinarian with the authorization of the government. Everybody who knows me knows that I am an animal protector. From my point of view factory farming is the biggest crime in our society.

Not everyone was against his visit. Two other petitions were started to offer support for the artist, and Cuauhtémoc Medina, art critic for major national newspaper El Universal, took to Twitter to criticize the museum’s decision to cancel the exhibition. “It’s a very sad day for art in Mexico City,” he wrote.