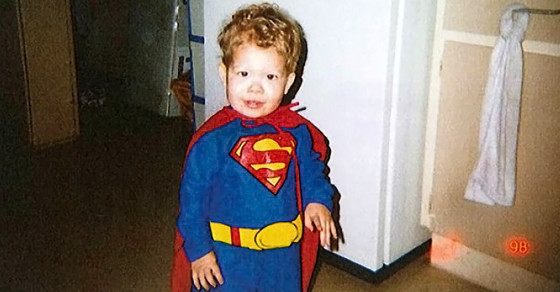 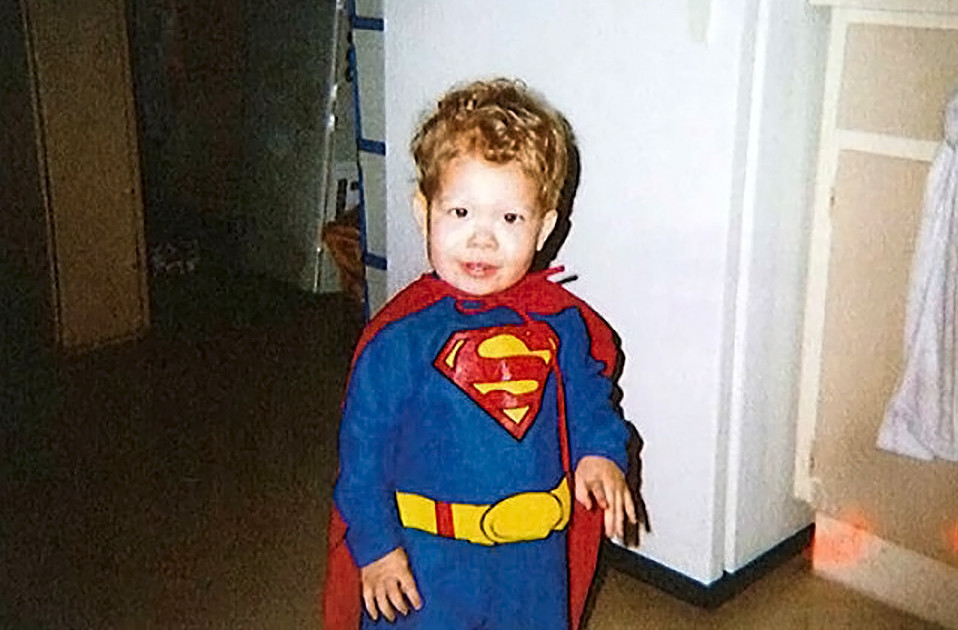 Update: DC Entertainment have reversed their decision, following backlash. “DC Entertainment uses a flexible set of criteria when we receive worthy requests such as this, and at times have reconsidered our initial stance,” reads a statement. “After verifying the support of appropriate family members, DC Entertainment will be allowing the Jeffrey Baldwin Memorial Statue to feature the Superman ‘S’ shield.”

The city of San Francisco practically went into lockdown last November to pull off the best Make-A-Wish project ever for a 7-year-old named Miles Scott—transforming itself into Gotham so the Batman-obsessed cancer survivor could become Batkid for the day. Scott was able to fight villains, rescue a damsel in distress and foil a bank robbery. The San Francisco Chronicle ran a front-page story honoring his efforts and President Obama delivered a special message thanking him for his heroism. The following week, DC Comics presented Scott with his own cartoon likeness. The whole thing was unbelievably cute.

But now DC Entertainment, which holds the copyright to comic-book characters including Batman and Superman, is coming under fire for rejecting an artist’s request to include the Superman logo on a bronze statue commemorating the death of Jeffrey Baldwin, a 5-year-old Canadian boy who was abused and starved to death by his grandparents, according to the Toronto Star.

Jeffrey Baldwin dressed up as his hero Superman on Halloween.

Office of the Chief Coroner for Ontario

Sent to live with his maternal grandparents after his parents lost custody, Baldwin and his siblings were locked in a room, offered little food and forced to defecate on the floor. The toddler ended up dying of starvation in 2002. In honor of his memory and to raise community awareness about child abuse, Todd Boyce (who isn’t related to the Baldwins) commissioned artist Ruth Abernethy to create the sculpture and plans were made for it to be erected in Toronto’s Greenwood Park, close to where the boy grew up.

“He wanted to fly,” said his father, Richard Baldwin, during the inquest. “He tried jumping off the chair. We had to make him stop. He dressed up [as Superman] for Halloween. …I have that picture at home hanging on my wall. He was our little man of steel.”

The bronze sculpture will now feature a "J" where the "S" currently is.

But when the City of Toronto asked Boyce to clear the sculpture with DC Entertainment to ensure it wouldn’t violate copyright, he received a firm no from their senior vice-president of business and legal affairs, Amy Genkins. “For a variety of legal reasons, we are not able to accede to the request, nor many other incredibly worthy projects that come to our attention,” she wrote via email. Not so super.

Boyce says that while he can appreciate DC Entertainment not wanting Superman associated with child abuse, he’s disappointed. They will now most likely have to replace the iconic “S” with a “J’” for Jeffrey. “It’s the image of a vulnerable boy dressed up as the most invulnerable character in the universe,” he says. “So I just feel like there’s something lost if we change it.”