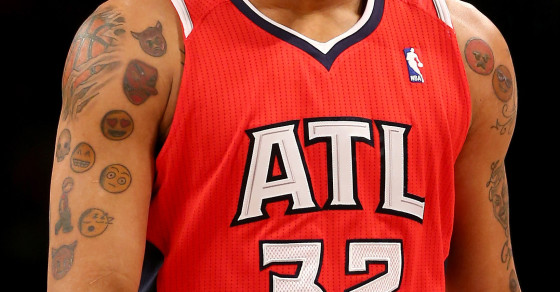 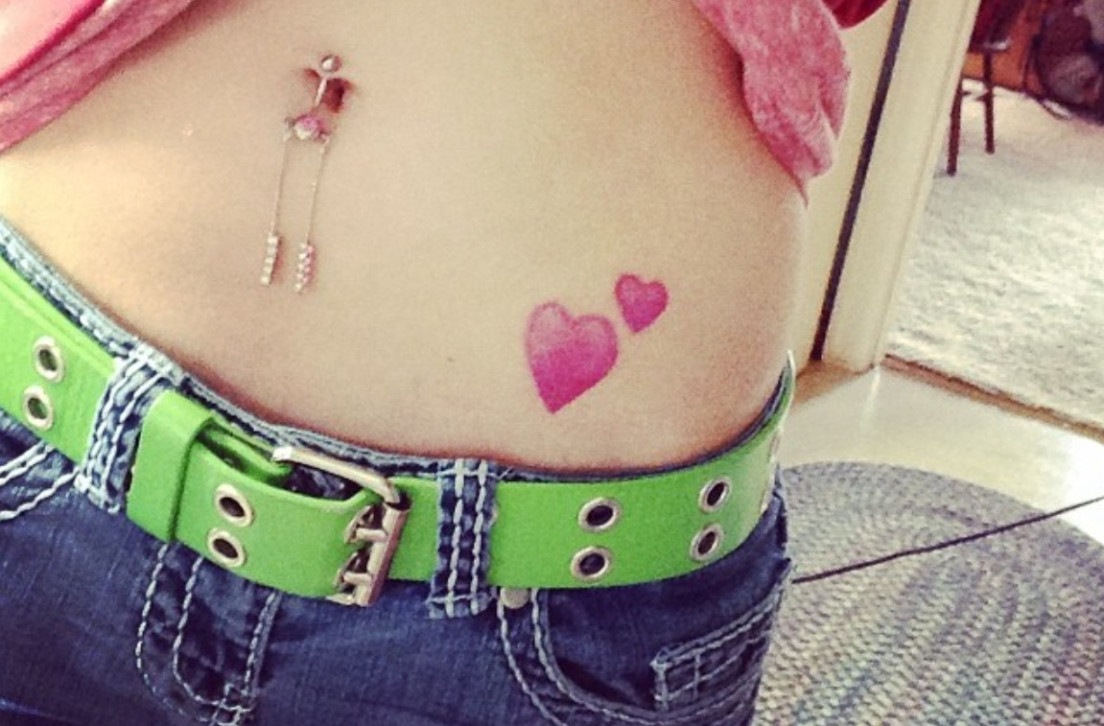 Drake isn’t the first celebrity to experiment with tattoos inspired by the tiny, adorable Japanese icons. Miley Cyrus permanently adorned her lower lip in March with the Crying Cat Face.

NBA player Mike Scott is notorious for his extensive collection of emoji ink, which includes the Smiling Face With Heart-Shaped Eyes, Woman With Bunny Ears (often called the “dancing cat girls”) and Japanese Goblin. But do their A-list tastes reflect those of the emoji proletariat?

In a very, very informal analysis, we combed Instagram for photos tagged with variations of #EmojiTattoo, #EmoticonTattoo and so on, finding more than 150 images. Of course, a sample size this tiny doesn’t exactly lend itself to statistical rigor—and there are no doubt plenty of emoji tattoos out there without these hashtags, and plenty more that can’t be found on Instagram at all—but it nevertheless offers an interesting (if unscientific) glance at what’s popular.

Believe it or not, the most sought-after iOS-based emoji tattoo may very well be the Hundred Points Symbol (seen six times, all on men), followed by the Information Desk Person (otherwise known as the “sassy hand lady”), which we encountered three times. Other popular emoji tattoo motifs include hearts and animals, not to mention the occasional non-regulation emoji knockoff.

Will emoji tattoos become to this decade what tribal tattoos were to the ’90s?