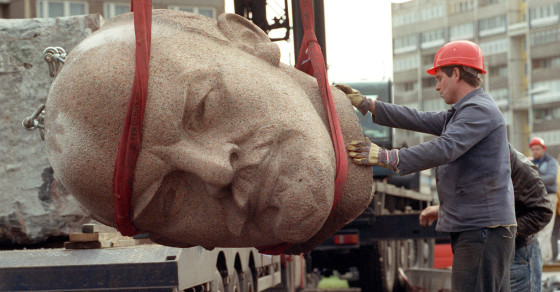 Berlin Begins the Search for Lenin’s Head
By Joel Stonington 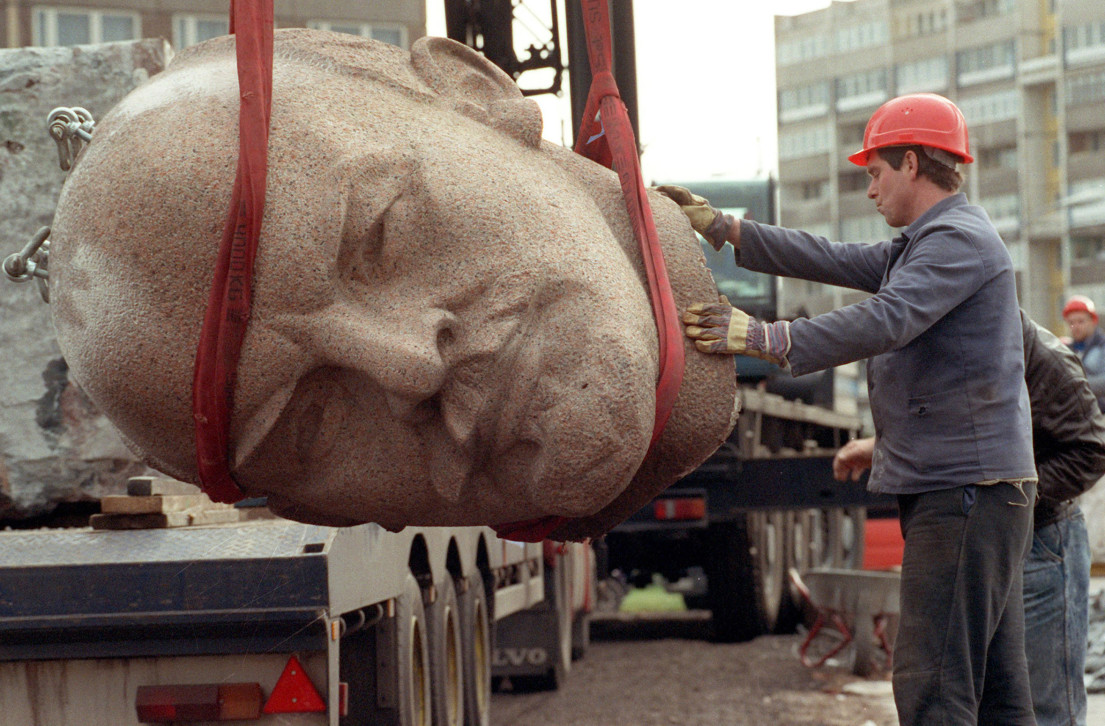 BERLIN—More than two decades ago, not long after the Berlin Wall fell and Germany was reunified, lawmakers here decided to tear down an iconic symbol of the city’s communist past: a 60-foot statue of Vladimir Ilyich Lenin, the former Soviet leader.

Soon municipal workers removed the statue from Lenin Square in the eastern part of the city, cut it into 129 pieces and buried them in a large sand pit.

A statue of Lenin in Berlin is removed from its plinth to be demolished on Nov. 13, 1991.

The head is apparently still there. But last month, in response to a longstanding proposal to unearth the head for a sculpture exhibit, city leaders said they couldn’t remember exactly where they’d buried the nearly 6-foot-tall, 3.5-ton communist artifact.

Now, after months of wrangling, the hunt is on to find Lenin’s head. Over the weekend, the Berlin Senate announced it will try and locate the Soviet leader’s long-unseen visage for an art exhibit called Unveiled: Berlin and Its Monuments, which is set to open next spring and feature historic German sculptures.

Though the actual dig probably won’t take place for a few months, and the exhibit will bear the cost of the dig, Lenin’s head probably won’t be difficult to find. The reason: Many say it was never lost in the first place.

Indeed, the German newspaper Berliner Zeitung published documents last month that appeared to show that the decision to keep the head underground was political and came from elected officials in the city’s Senate.

Rick Minnich, an American filmmaker who lives in this city of 3 million, agreed. Upon hearing the news that the head was lost, he said he’d unearthed the crown of the statue 20 years ago and posted a YouTube video of his dig. “Everything in Germany is extremely well-documented,” he told Berliner Zeitung. “So there are also documents for this, too.”