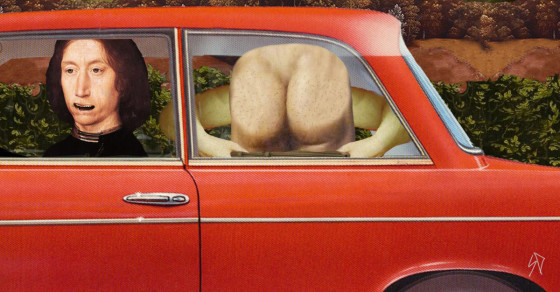 This Guy Is the Leonardo da Vinci of GIFs 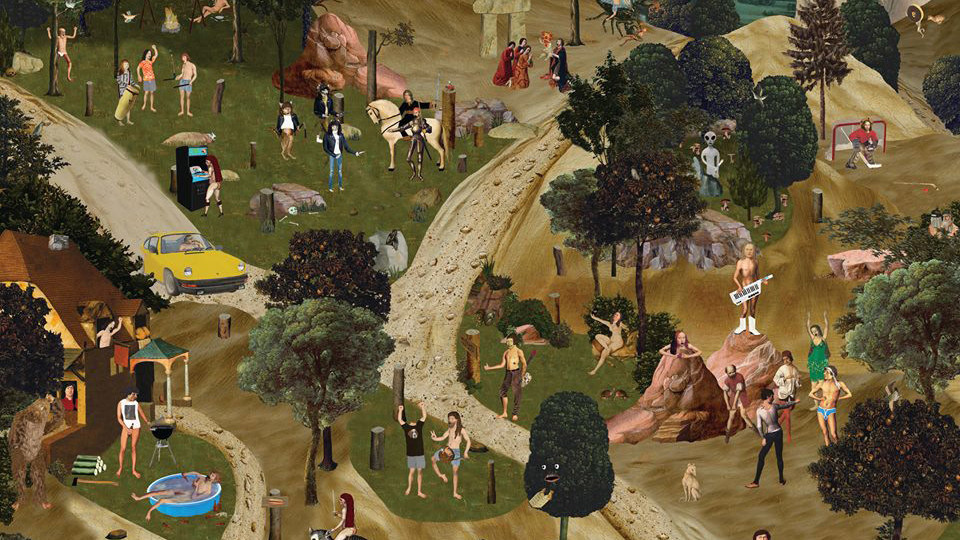 Collage artist James Kerr was flipping through a book on Renaissance art two years ago when he had a revelation. He realized that the 500-year-old paintings would make the perfect source material for GIFs—the ubiquitous shareable micro-animations born of the Internet.

“I got into the idea of representing the subjects outside of the context of their paintings,” Kerr says over the phone from his home in Montreal. “Like, where do they go when the museum closes?”

The result was Scorpion Dagger, Kerr’s Tumblr and a virtual gallery of Romanist paintings reimagined as GIFs. In keeping with the web’s rabid pace, Kerr’s initial intention was to produce one work a day for a year, but when he got to 365, he didn’t want to stop. “I got addicted to how fast I could make them and how fun they are,” he says.

As of today, he has created close to 700 animations featuring Renaissance folk and biblical characters engaged in undignified, contemporary activities like crowd-surfing, shotgunning beers and messing around with Google Glass.

“I created this kind of hoser world that I thought would be fun for them to live in,” Kerr says. “I like the idea of these people bumbling around the world and having fun, and not taking life too seriously.”

Kerr’s project comes at a time when GIFs are evolving from lowbrow click bait to Saatchi-sanctioned works of art. Google+, in collaboration with the Saatchi Gallery, announced in April the first ever Motion Photography Prize for the world’s best GIF, which was judged by esteemed artists like filmmaker Baz Luhrmann and photographer Cindy Sherman. Even well-known digital artists like Tom Moody, Petra Courtright and Sally McKay have begun experimenting with the endlessly looping scenes as a primary medium, and high-profile gallery exhibitions have followed.

“I love where it’s going,” Kerr says of the GIF’s growing legitimacy. “I feel like it’s having a renaissance of sorts, no pun intended.”

Kerr is currently in talks with several commercial galleries about exhibiting his Scorpion Dagger creations, but figuring out how to commodify the open-source entities poses a challenge. So far, he’s amassed around 10,000 followers across multiple social media platforms, and they avidly share and distribute his work. But unlike your everyday Reddit meme GIFs that can be made in a few clicks, Kerr’s oeuvre is the fruit of a careful creative process. Once he gets an idea, he uses Photoshop to cut and paste pieces from up to 15 different paintings, which he scans from books or downloads from WikiArt or museum websites. He brings the artwork to life by creating multiple animation frames, which can take anywhere from two to five hours.

For now, the 35-year-old still calls himself a collage artist, but with the popularity of his clips growing alongside his creative credibility, he’s gradually warming up to the moniker of GIF artist. “GIFs can be a lot more than these kind of one-direction videos of people falling on their butts,” he says. “They should be added to the artistic repertoire like photography or collage, and I would like to see more people get recognized for their work.” Below, some of Kerr’s greatest hits.