A Black Hole Was Simulated And Studied In A Bathtub 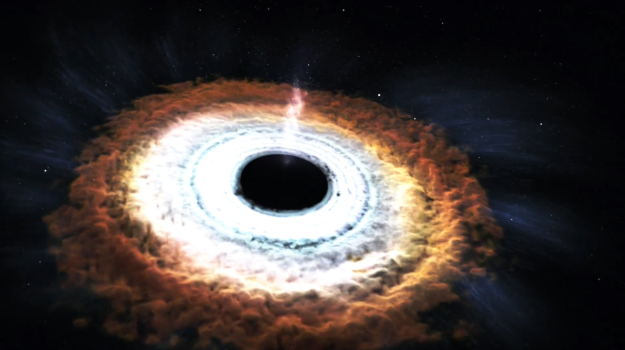 Can a bathtub really bring new meaning to the cosmos?

A team of British scientists have successfully simulated a black hole, using a 10-foot bathtub, 2,000 liters of water, and a lot of dye. For decades, scientists have believed in the super-radiance theory, which is when waves pass outside a black hole, they emerge from the other side with more energy, extracting energy from the black hole itself.

For the experiment, the scientists generated small waves in the water, with two cameras recording how the wave pattern changed after it passed the vortex.

This is the first time the super-radiance phenomenon has ever been observed, and the research could lead to new discoveries about mysterious black holes.