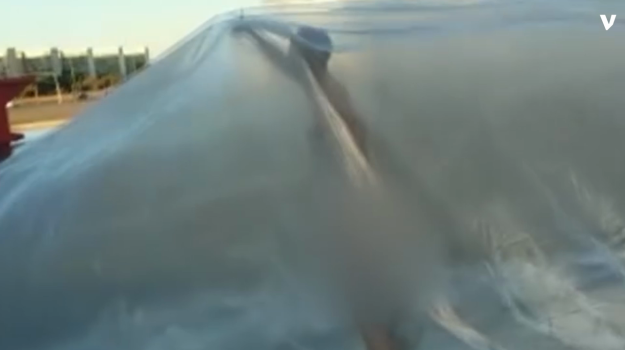 So here’s the naked truth about art.

Artist Maikon Kempinski typically performs in the safety and seclusion of an indoor art gallery.

As part of his current performance, he stands for three hours as a gelatinous substance covers his body, dries, and stiffens.

That’s when the audience joins him inside his bubble.

Once everyone is in the bubble (still with me?), the artist begins his dance — causing his artificial “skin” to shed off like a snake.

But when Maikon took his performance piece outside Brasilia’s National Museum, police only saw a naked man in a bubble.

So they went ahead and forcefully arrested the artist for indecent exposure even though Maikon had all the necessary permits and approval from the museum and government.

The district governor has already apologized to Maikon, who for his part has vowed to return and perform again.