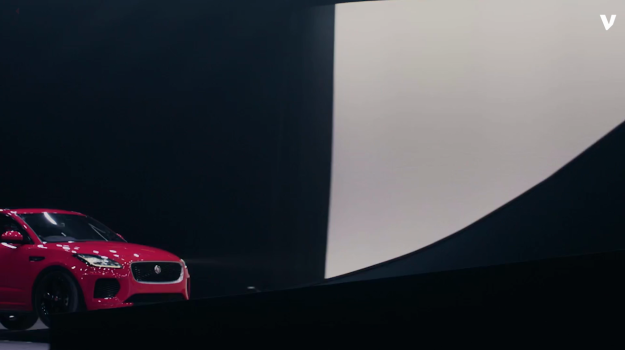 The Jaguar E-PACE leapt into the record books on Thursday, completing a 15.3 metre, or 50-foot, jump and a 270-degree barrel roll at the ExCeL Centre in London.

The grand entrance, which set a Guinness world record for “Furthest Barrel Role in a Production Vehicle,” was part of Jaguar’s world premiere for the E-PACE, its latest compact SUV model.

Stunt driver Terry Grant said he experienced more than 5 G’s of acceleration during the jump.

Car aficionados and film buffs may recognize the jump and barrel roll combo, which was first made famous by the James Bond film, “The Man with the Golden Gun.” Jaguar hopes the premiere will shake up people’s perceptions of what an SUV can do.