Landslide In China Caught On Dashcam 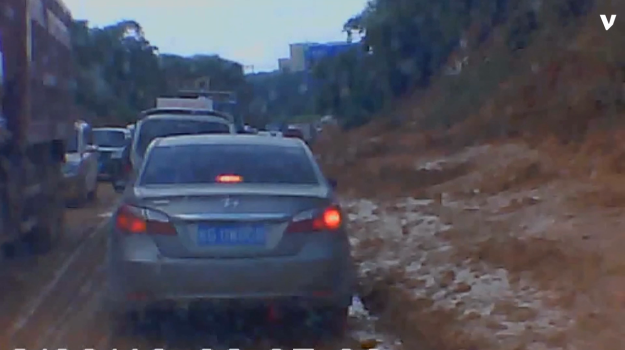 “Our vehicles were moving one by one. And then suddenly I saw the mud falling and collapsing, I was scared to death,” Xu, a driver caught in the disaster, told Reuters. “Before I knew it, the mud hit me head on and my car was turned over.”

Firefighters were sent to the scene and rescued a man who was trapped in his truck. He sustained injuries to his legs and back, while two others suffered minor injuries in the incident.

The accident was most likely triggered by continuous rainfall. The road remains closed, while work to clear the affected area continues.