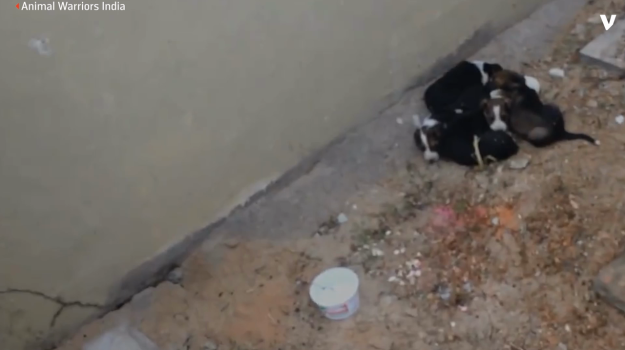 After hearing puppies stuck in the abandoned drain pipe in the city of Hyderabad, residents called upon Animal Warriors India for help. Equipped with only a crowbar, the Animal Warriors sprang into action and were able to squeeze into a narrow drain to pull out the scared puppies.

According to the World Health Organization, India has roughly 30 million stray dogs. Animal Warriors India told local media that stray dogs tend to use drain pipes as a safe place to give birth. They added that puppies are at risk of drowning during the monsoon season.

Once the puppies were safe from drain pipe peril, the rescue team closed the entrance to the pipe to ensure no other dogs would get trapped there.