Meet The 92-Year-Old Grandfather Of Reggaeton 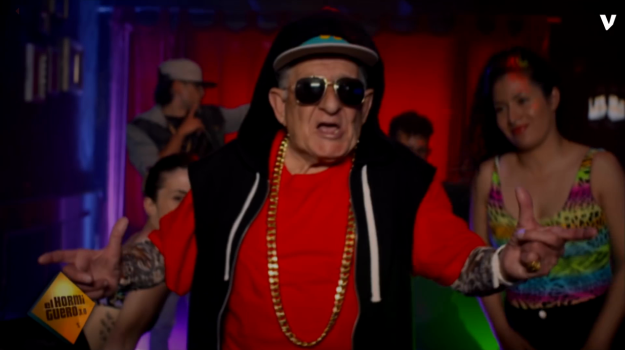 At 92, Daddy Melquiades is earning a reputation as the grandfather of reggaeton.

His latest single is making waves in the industry and he’s recently performed with Daddy Yankee, a global reggaeton superstar.

Before stardom, Melquiades worked as a bus driver in Madrid for 37 years. He says he hadn’t even heard of reggaeton until a few months ago when he was asked to star in a satirical video about the genre. While Melquiades says he prefers flamenco music, he is able to write his reggaeton tracks in only 30 seconds.

Reggaeton, which blends hip-hop with Latin American and Caribbean music, has long been popular in the Spanish-speaking world. And its global audience is still growing due to hits, like “Despacito” by Louis Fonsi and Daddy Yankee, which has topped the charts in 45 countries.