This Robot Composes Its Own Marimba Music 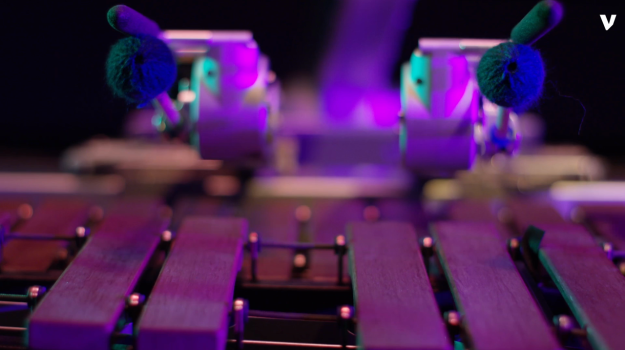 Turn up the volume!

You’re listening to the smooth sounds of Shimon, the four-armed marimba playing robot that uses artificial intelligence to improvise its own jams.

Shimon can analyze music in real-time and improvise alongside humans as well as play its own compositions. The secret is a dataset of 5,000 songs used to generate original toons with its deep learning algorithms.

Sometimes the music sounds a little abstract since the internal systems have a harder time conceiving long-term structure at this point, but musicians be ware: robot rock is going to dominate the charts one day!